You are here: Home / Destinations / Falling Under the Spell of Berlin – Why You Need to Go Now!
Some posts on this site contain affiliate links, meaning if you book or buy something through one of these links, I may earn a small commission (at no extra cost to you!). You can read my full disclosure policy here.

From the moment I first set foot in this city to the time I left to now, over a year since I was there last, the city holds a spell over me. Calling my name. Begging me for a revisit. Telling me I need to go to Berlin now. Not just go, but to live there.

And I’m not the only one. Within weeks of each other, two friends of mine are making their way to Berlin to try their luck in the city. They know each other, but neither knew the other was going until they both had made plans.

So what is it about Berlin?

From the moment you arrive, you’re hit with it. The Vibe. The edgy, and yet laid back feeling. Not pretentious, but very European at the same time. It’s hard to put your finger on it exactly, but you know it’s there. 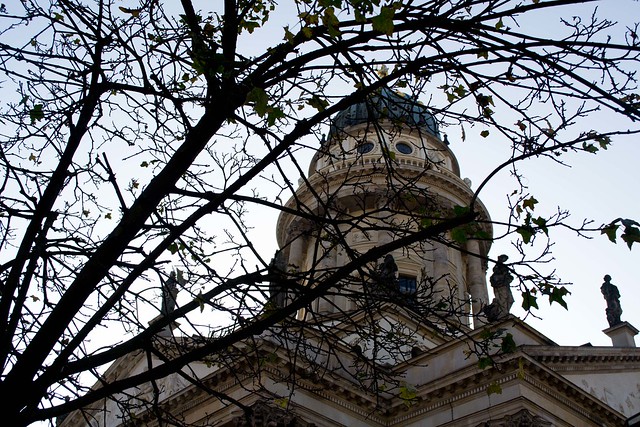 The best way of soaking in the city is by hanging out at a local cafe or bar with a drink in hand. Each more unique than the previous. Beer gardens in the summer are a mecca for the young and hip. Or, take your people watching to the streets. Enjoy the many green spaces of Berlin with a drink or two.

IIt’sfascinating, but turbulent history? From being the capital of the German Empire to the city divided in half by a wall to the fall of said wall. Berlin’s story has had its ups and downs. Everywhere you go, there are constant memories of its past. From bullet ridden buildings to memorials and remnants of the wall, the city wouldn’t be who it is today without it. 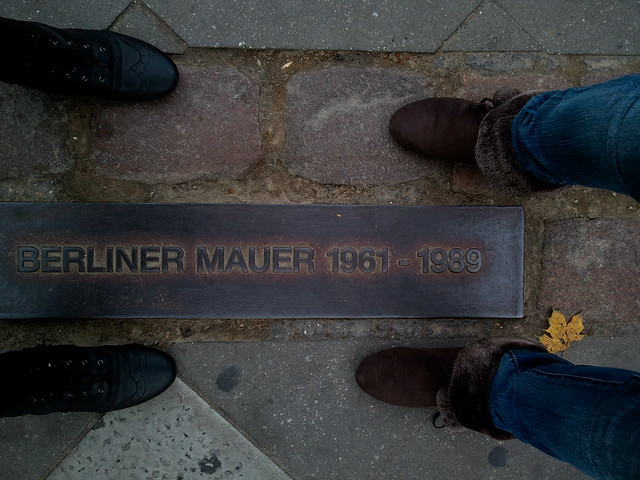 And yet, now when you walk down the streets, you see a city that is healing. A city that is being reborn and rediscovering who it is. The excitement of rebuilding can be seen and felt everywhere in the city. It is incredible to me that within my lifetime the city was once divided and then came together to start rebuilding.

Maybe it’s the cute green man (the Ampelmännchen) that beckons to you to cross the street. A reminder of a time pass, yet looking forward. Giving the physical and metaphoric green light to move forward. To move beyond the past. 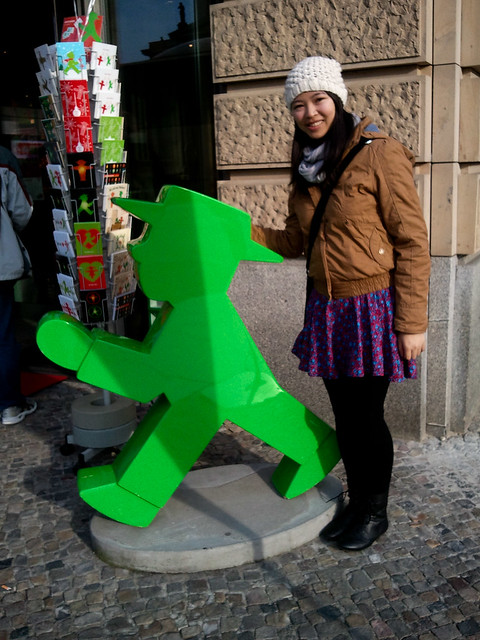 Perhaps it’s the arts and culture available in the city. The vast number of museums – impossible to see them all in a visit. Imagine walking into a museum and seeing a whole ancient city laid out before your eyes. That is exactly what happens when you enter the Pergamon Museum. 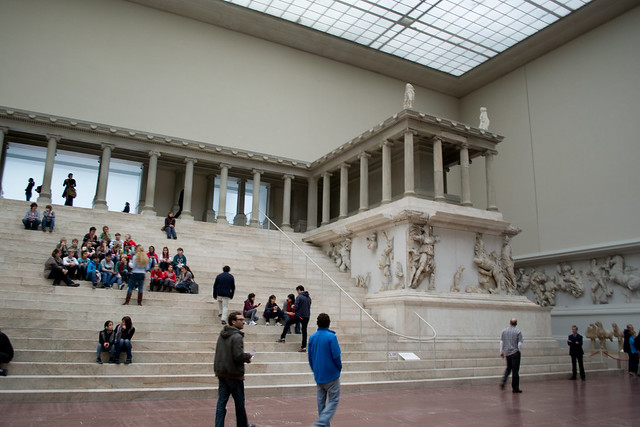 Outside of the museums, the art is equally plentiful. Berlin has some of the best street art of any city that I’ve been. I don’t consider most graffiti as art, but these are true works of art, making the entire city and open air museum. You never know what you will discover when you turn the corner. 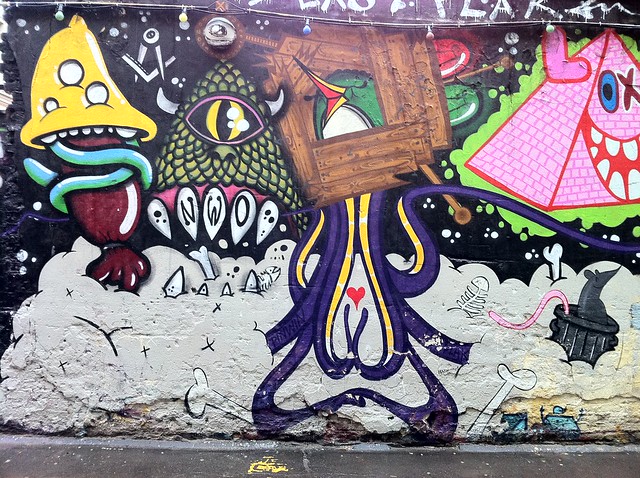 Or is it about the food? (Let’s be real. For me, it’s totally about the food). My first bites of Asian food in the city was like heaven. I was so starved for comfort food after moving to Hungary. The diversity in available cuisines. Anything you can imagine, you can find. Of course there’s the street food – currywurst, pretzels, donair kebab, plus, beer. 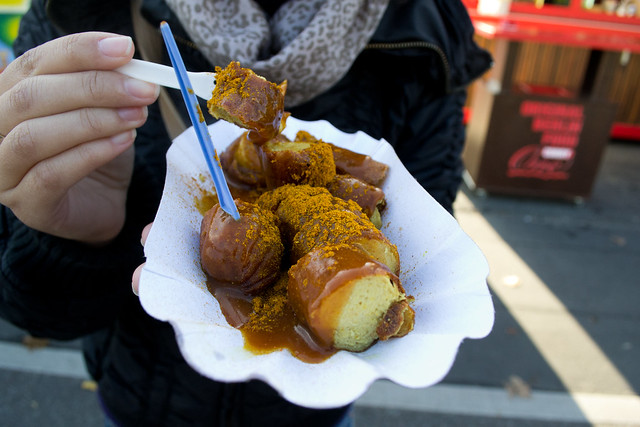 Whatever it is, I can’t put my finger on it. No words can describe the feeling you get when you’re in the city. You won’t get it until you go to see and feel it for yourself. 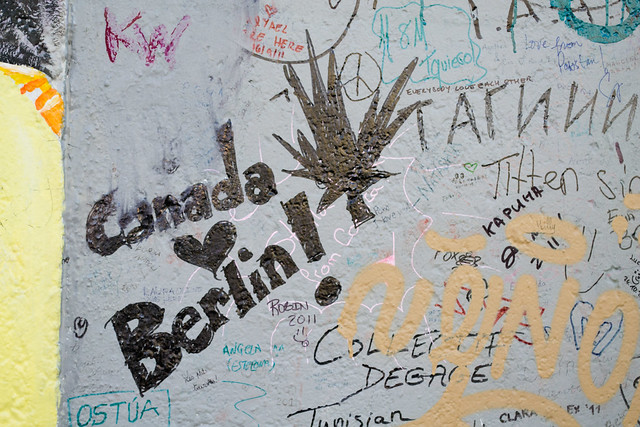 So go to Berlin. Eat the food. Wander the streets. Take in the history. Drink the beer. Inhale the atmosphere and perhaps you’ll fall in love too.

Have you fallen in love with a city? How do you articulate your feelings?

P.S. Another country I fell in love with – Slovenia: I Love You (and Why You Should Too)