You are here: Home / Destinations / Europe / Austria / A Ride Around the Ringstrasse, Vienna
Some posts on this site contain affiliate links, meaning if you book or buy something through one of these links, I may earn a small commission (at no extra cost to you!). You can read my full disclosure policy here.

A great way of getting acquainted with Vienna when you first arrive is to take a ride around the Ringstrasse. The centre of Vienna is surrounded by a circular road from which you can see many of the prominent sights and buildings in the city.

A Tram Along the Ringstrasse. Photo: Bauke Karel

There is a dedicated ring tram that will take you around the whole way for 8€, but if you’re trying to keep expenses low like me, there is another option. Trams #1 and #2 each go partially around the ring. Switching from one to the other where they overlap (by the Opera house) will allow you to see the whole ring for a fraction of the prices. It’s especially handy if you have already purchased a pass for the U-Bahn. It’s pretty much free and free is good.

Here are a few of the sights you can expect to see on the Ringstrasse going counterclockwise. Many of these are fairly close together so you can even walk much of the route. Most of the buildings I’ve only been able to appreciate and marvel at from the outside. They’re certainly very grand and beautiful.

I had a couple friends who were studying here during one of my visits and they took us on a tour of the building. The Vienna University is the oldest university in the German-speaking world. Can you imagine going to class in this building?

And with this staircase? Crazy! 15 Nobel Prize Laureates have called these halls home including Schrödinger of the thought experiment Schrödinger’s cat (and many other achievements), fame. Maybe I can become an instant genius just from walking through the building. Learning by osmosis? Yes please!

The Grand Staircase (Feststiege) in the main building

The Rathaus doesn’t contain rats, unless that is your opinion of those who work there, but let’s not go there. The Rathaus is the town or city hall where the mayor and the city council of Vienna govern.

The building was built in the Gothic style between 1872 and 1883. Looking out from the building is a large park full of trees, benches and pathways. A great spot for an outdoor picnic. Often the square in front of the building holds special events. I especially like it in the evening hours when all the lights are on. 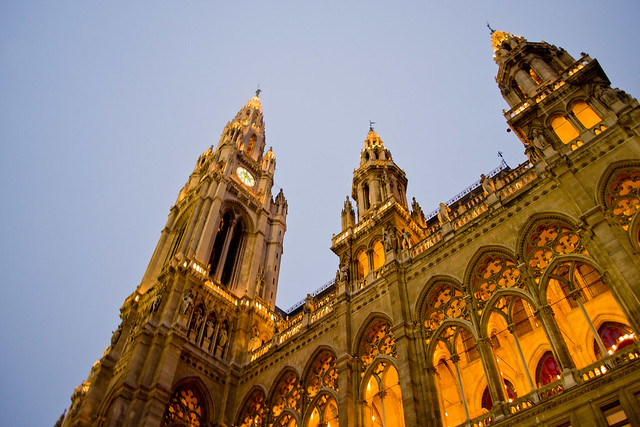 The Burgtheater, or the Imperial Court Theatre, is the Austrian National Theatre. Mozart‘s famous The Marriage of Figaro, and Beethoven’s 1st Symphony both premiered here. The theatre was destroyed during the air raids of World War II, but has since been restored. Tickets for performances are as low as 2,50€ – if you’re okay with standing and can understand German.

The Austrian Parlament building is home to Austria’s two houses of Parliament. It is built in the Greek revival style – doesn’t it look a bit like it belongs in Athens? The building is really big and takes up a whole city block. Outside the building is a statue of Athena, the Greek goddess of law and justice (among other things).

Maria-Theresien-Platz connects the Ringstrasse with the Museumsquartier, home to a number of famous art museums. In the centre of the Platz stands a dominating statue of Empress Maria Theresa. On one side of the Maria Theresien Platz is the Museum of Natural History. You can find 30 million specimens and artifacts within its walls with everything from dinosaurs to minerals and stones to the evolution of man. Definitely my kind of museum. I wish I had went. 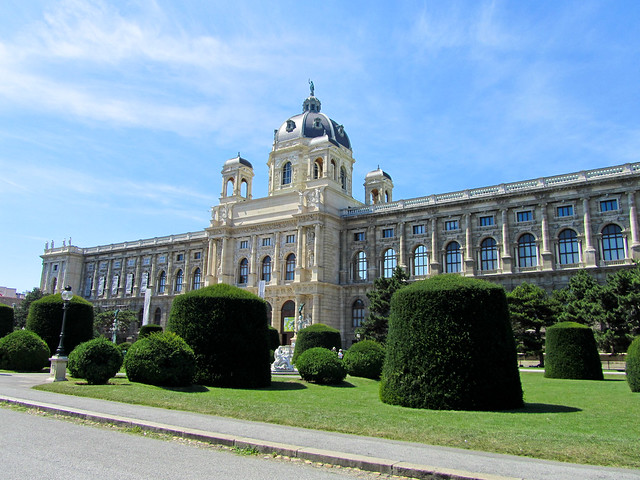 Almost a mirror image of the Museum of Natural History, the Kunsthistorisches Museum or the Museum of Art History, stands opposite. The only difference between the two buildings are the statues on their facades. Within its walls you can find the art collection belonging to the Habsburgs. 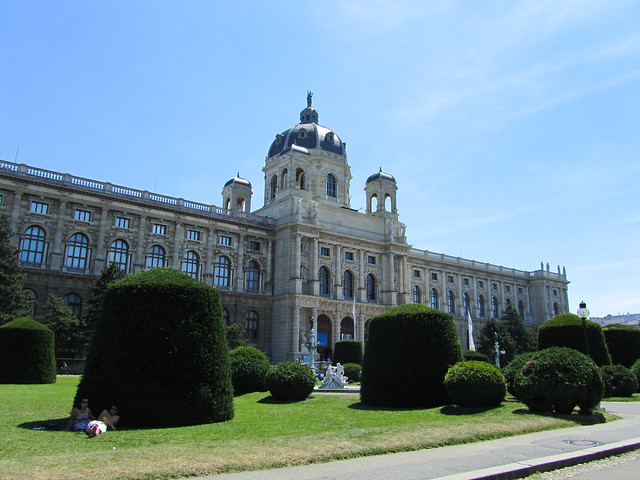 The Vienna State Opera is one of the few buildings I’ve actually be inside along the Ringstrasse. I went to see an opera here the first time I was in Vienna. For 4€ I stood at the back of the opera house, watching and listening to Verdi’s La Traviata frantically trying to remember what I learned about the opera in my music history classes. At each of the standing posts, English subtitles were provided to help you along. The inside of the theatre was gorgeous and lush.

Standing room tickets are available for purchase 80 minutes before the performance. For more information on how, check out this link. All I have to say is to get there early and be prepared to stand. A lot! That said, it is a great (and affordable) experience. If you’re not an opera lover but would like to try it out, this is the place to do it. You can always leave at intermission. Alternatively, if you’re going to Budapest, I would recommend going to the opera there. For same amount of money, you get a seat. However, you can run the risk of not being able to get a ticket at the last minute during tourist season. 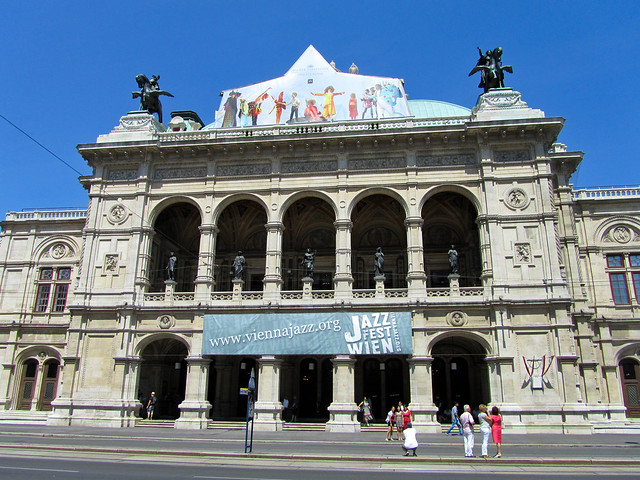 So there you have it. The major buildings along the Ringstrasse. There are plenty of others to explore and see as well beyond the ones mentioned here.

Have you taken a walk along the Ringstrasse? What is your favorite building?

« The Other Palaces of Vienna: The Hofburg and The Belvedere
Top 10 Things To Do in Vienna »