You are here: Home / Destinations / North America / Canada / British Columbia / The Neighbourhoods of Vancouver – A Visitor’s Guide
Some posts on this site contain affiliate links, meaning if you book or buy something through one of these links, I may earn a small commission (at no extra cost to you!). You can read my full disclosure policy here.

The City of Vancouver surprisingly is really small. There are only about 600,000 people that live in Vancouver proper. However, it’s the surrounding areas that make Vancouver the vibrant city that it is. This area is known as Metro Vancouver and is made up of 21 municipalities which brings the total area population to 2.3 million. A small city by many standards, and very very spread out.

As previously mentioned I actually live in one of the cities neighbouring Vancouver, but I say I’m from Vancouver for simplicity sake. Officially Vancouver is divided into 23 different neighbourhoods and today I’ll highlight some of the key ones as well as notable areas in the Greater Vancouver area.

The Neighbourhoods in Vancouver

Downtown Vancouver is made up of a number of smaller neighbourhoods. It is the central business centre of the city. While the buildings are not as tall or densely populated as others (it’s a good thing I think!), the area is lively and vibrant. Granville Street is home to much of the city’s entertainment venues and restaurants. Robson Street is where you want to go for some outdoor shopping, or if it is raining, as it is likely to do in Vancouver, you can hit Pacific Centre which is an underground shopping mall. 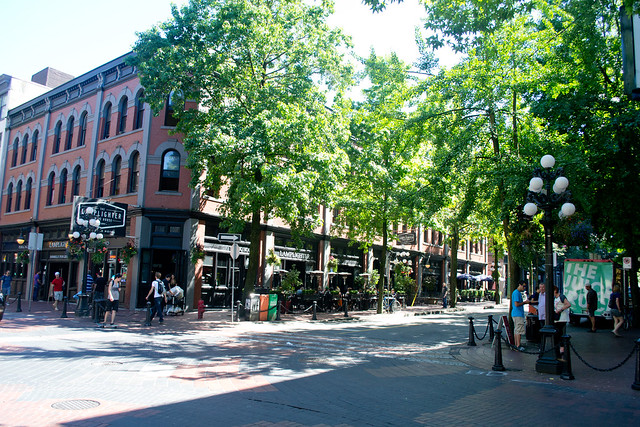 Other neighbourhoods of note in downtown Vancouver are the West End, Yaletown and Gastown. West End contains the Davie Village which is home to Vancouver’s thriving LGBTQ community. With rainbow painted crosswalks and pink bus stations, a wander down Davie Street is a must. The West End also leads into Stanley Park and holds many of the city’s beaches. Yaletown was formerly an industrialized area full of warehouses and rail yards. It was revitalized when Vancouver hosted Expo 86 and now has many restaurants, bars and boutiques. Finally, Gastown, the oldest neighbourhood in Vancouver, is where it all started. Tree lined, cobblestoned streets are sure you charm you.

A note about the Downtown Eastside

This is the area you want to avoid. It is home to a vast amount of the city’s homeless and drug addicts and was once known as “Canada’s poorest postal code.” Today, this neighbourhood is in the process of rebuilding which in itself has caused tension due to all the gentrification development proposals. It borders Gastown and Chinatown which are both popular locations for visitors so it can be easy to accidentally turn down the wrong corner. While I’m sure it is relatively safe, it’s not a pleasant sight, especially if you’re not expecting it. Specifically, avoid East Hastings St between Main St. and Carrell St. 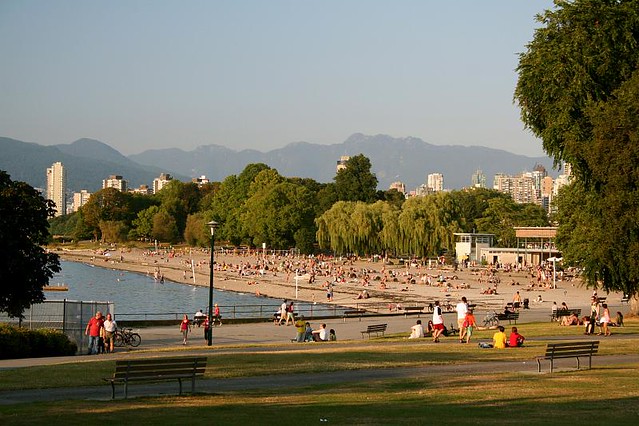 Love beaches? Then you want to head to Kitsilano (Kits) and visit Jericho and Kitsilano beaches. This area seems like it’s in it’s own little world, moving at a slower pace. It is definitely a beach community. Hit the water by renting out kayaks and paddleboards, or just relax on the beach. For a food and shopping, West 4th Street is where you want to go. Vanier Park is one of Kitsilano’s most popular parks and is home to the H.R. MacMillian Space Centre and the Vancouver Museum.

False Creek isn’t a creek at all, instead it is a small inlet that separates downtown Vancouver with the rest of the city. The iconic Science World can be seen at the end of the inlet – a great place to take kids young and old. Granville Island, popular with locals and tourist alike, is a great place to wander. A wander through the public market and the artist workshops on the island is a must. You can also check out the former Olympic Village from the Vancouver 2010 Winter Olympic Games. 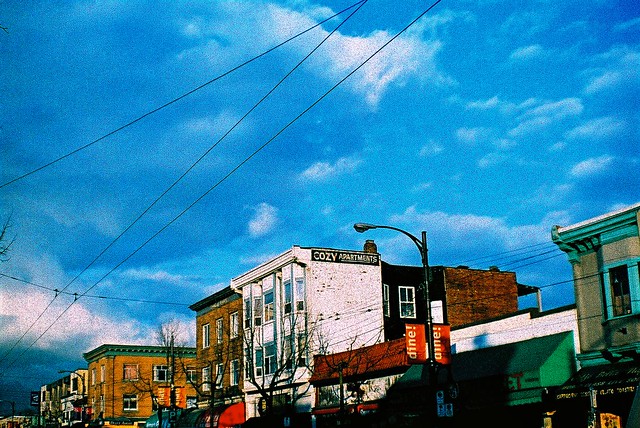 Commercial Drive, while not exactly a neighbourhood, is the meeting of cultures on a street. Known by locals as “the Drive” the street is lined with independent restaurants serving food hailing from all corners of the globe, quirky cafes and interesting bars. Charming character homes mix with bohemian style. A strong Italian presence can be felt along the street and the street is sometimes called “Little Italy.” There are also a number of vegetarian and vegan friendly establishments.

Beyond Vancouver, there are a couple of notable cities that are worth a visit. Primarily for their delicious food options, so be sure to venture further away from the main city. 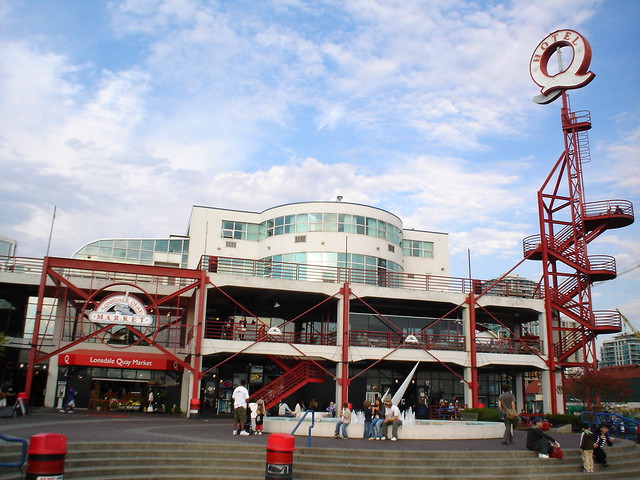 Cross the Burrard Inlet and you’re into North Vancouver which offers spectacular views of the Vancouver skyline. A wander through Lonsdale Quay offers a number of specialty shops and restaurants. Further beyond are the Capilano Suspension bridge and the lesser known Lynn Valley Suspension Bridge and surround trails. Deep Cove is also located here. Access to Cypress Mountain, Seymour Mountain and Grouse Mountain for hiking and skiing are also through this municipality.

A note on West Vancouver vs. West End vs. West Side
They all sound similar and easily confused, but really, they’re 3 completely different neighbourhoods. West Vancouver is actually to the northwest of Vancouver on the North Shore, to the west of North Vancouver. The West End is the west side of the downtown area and is where Davie Village and English Bay is located. The West Side is the west side of the rest of Vancouver. All important to know if you ever need to ask for directions as to a Vancouverite they’re each distinct neighbourhoods. 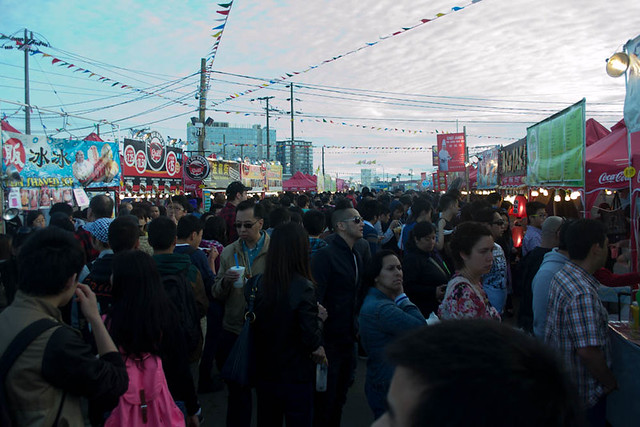 Richmond is where you go if you want the most amazing Chinese food outside of China. Chinese shops, restaurants, and malls are ubiquitous. From Shanghai dumplings to spicy Szechuan to Cantonese cha chaan teng, there are so many varieties of Chinese food on this little island. A night at the Richmond Night Market during the summer is an experience for all your senses. Steveston Village, a former fishing village, is also worth a visit in the southwest corner of the city.

Burnaby is located to the east of Vancouver and is home to British Columbia’s largest shopping mall: Metrotown. If you want to get some shopping done in Vancouver, this is the place to go. Kingsway St. which runs through Burnaby also has a number of great ethnic restaurants worth checking out. A visit to the Burnaby Village Museum takes you back to life in a tram-stop community in the 1920s. Wander through the heritage and replica buildings, explore an Interurban tram car, and take a whirl around the restored carousel.

There are a number of other neighbourhoods in Vancouver and surrounding areas not mentioned here, however, these are the ones I find most interesting for visitors to Vancouver and the places that I would take you. There is much to discover in Metro Vancouver beyond just the downtown core. Transit is fairly accessible and can get you to most of these places quickly and easily, however, sometimes, a car does become necessary.