You are here: Home / Destinations / #HipmunkCityLove: Top 5 Things You Must Eat In New Orleans
Some posts on this site contain affiliate links, meaning if you book or buy something through one of these links, I may earn a small commission (at no extra cost to you!). You can read my full disclosure policy here.

Food says a lot about a city, a country, or region. It’s such a big part of life and reflects the culture of the area. New Orléans is no exception. Known for its unique cuisine, here are the top 5 things you must eat while in New Orléans. 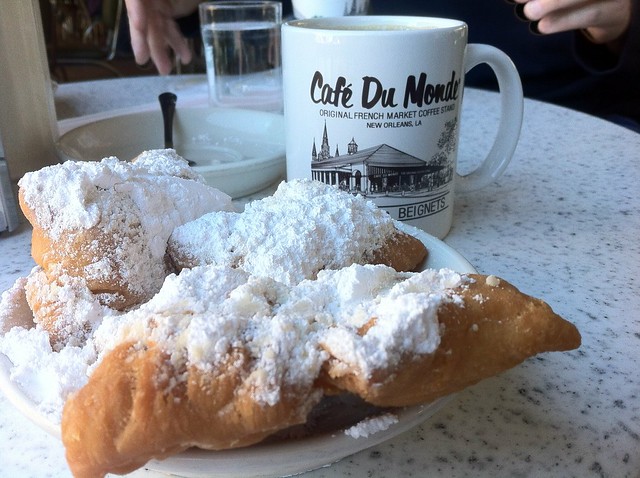 These French doughnuts are not your average doughnut. Both sweet and savory at the same time, it’s like biting into a powdery cloud of heaven. Made from deep-fried yeast dough and dusted with powdered sugar, these treats are a must when in New Orléans and the place to get them is at Café du Monde in the French Quarter. Eat them while they’re hot and enjoy it with a cup of Café au Lait. 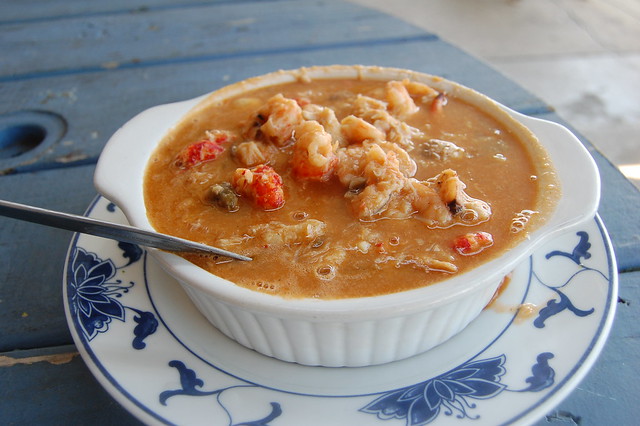 A Louisiana classic, gumbo is a rich, thick stew filled with vegetables, a meat or seafood, and a thickener. Okra is what makes it unique. There are many versions of this dish and everyone puts their own twist on it, so there is no right way of making gumbo. However, gumbo always contains a dark roux for thickening, okra, and filé powder which is a spice and thickening agent made from dried sassafras leaves. The most popular versions of gumbo are made with seafood, or with chicken and sausage, and is typically served over rice. 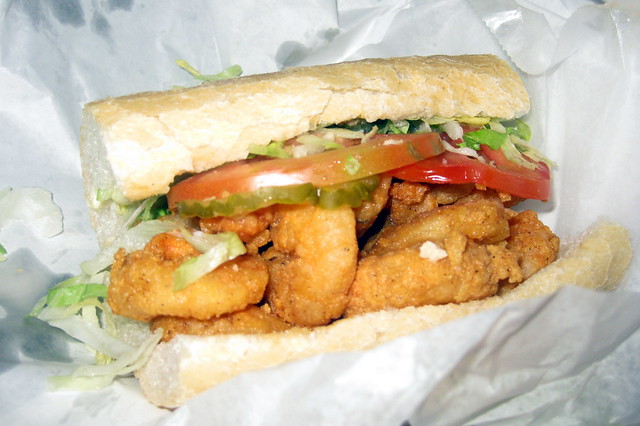 A quintessential New Orléans sandwich, the Po Boy takes a French baguette and fills it with delicious meats or fried seafood. If you want it “dressed” then crispy shredded lettuce, sliced tomatoes, and a rémoulade or Creole mayonnaise is added. What makes a Po Boy a Po Boy is the bread: crispy on the outside and light on the inside. While not as well-known outside New Orléans, the hot, roast beef po boy version is the original, but with the nearby Gulf and bayous, fried seafood versions are common. This sandwich is so popular, it has its own festival. 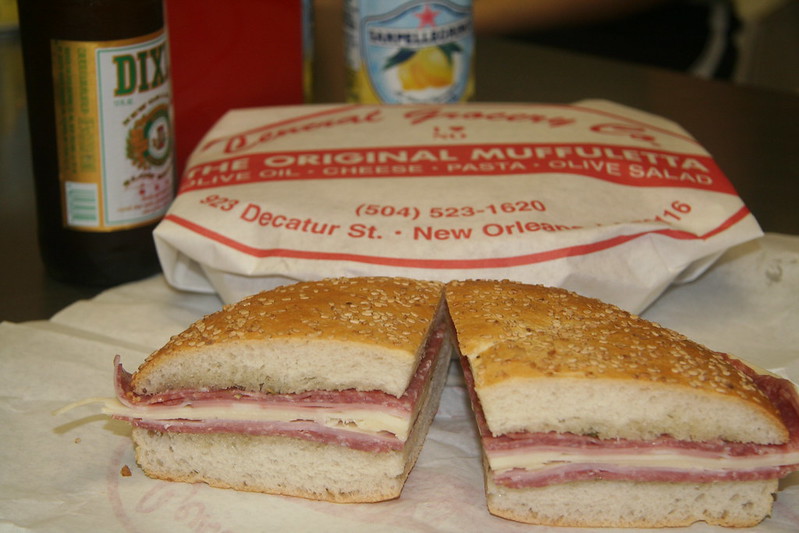 Another must-try sandwich is the Muffuletta which was invented in the early 1900s at the Central Grocery in the French Quarter. This deliciously salty and meaty sandwich is filled with cured meat like capicola and salami, and cheese like mortadella and provolone, before being topped with an olive salad pressed within a loaf of large crusty bread. This indulgent sandwich is a tasty reminder of New Orlean’s rich Italian history. 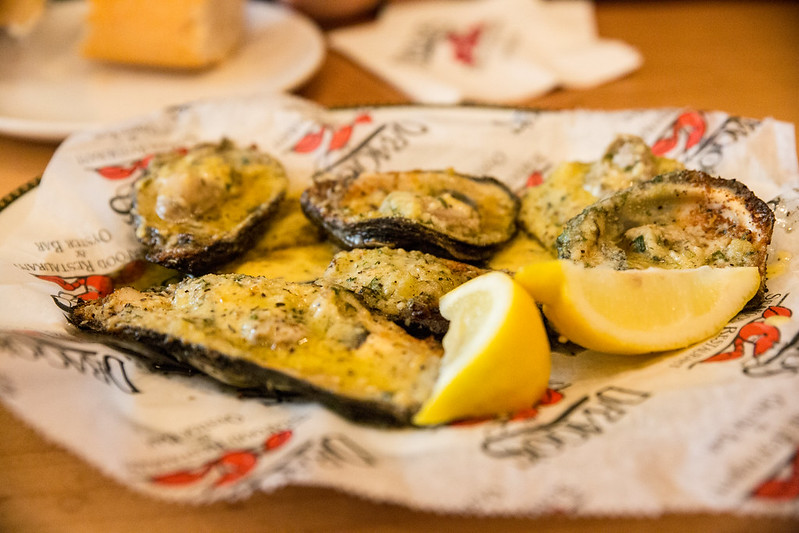 Enjoy the flavor of a sweet and briny oyster fresh from the Gulf of Mexico with a squeeze of lemon and a dash of hot sauce. If a raw oyster isn’t your cup of tea, then head to Drago’s Seafood Restaurant for their famous charboiled oyster. Earning well deserved praises, this oyster is smothered in melted butter, garlic, herbs, and a blend of Parmesan and Romano cheese, then grilled on the half shell.

This is just the beginning of food in New Orléans. Don’t leave without trying other classics like crawfish, jambalaya, red beans and rice, and bananas foster. If you’re in the city for Mardi Gras, find cheap hotels in New Orléans and grab yourself some king cake!

« Eating San Francisco in a Weekend
#HipmunkCityLove: What to Do in Las Vegas If You Don’t Gamble »