You are here: Home / Food / Dessert / Seattle – A Doughnut Adventure

This post was original written in May 2011 a couple days prior to my departure to Budapest. I had gone down to the States for one last visit before heading across the world. This particular trip turned into a major food trip with us getting in touch with an American tradition – the doughnut.

Some posts on this site contain affiliate links, meaning if you book or buy something through one of these links, I may earn a small commission (at no extra cost to you!). You can read my full disclosure policy here.

Last week, in a last minute decision, I decided to go to Seattle for random adventures. These random adventures ended up involving lots of food and lots of shopping. What started out as a day and a half trip, turned into two days. We would have stayed longer except I had to come back for my last dental check up before heading out to Budapest. Later that day, we went to Mighty-O’s doughnuts which makes vegan doughnuts! I was so intrigued to try them. They’re located in a funny section of town – called TangleTown! I had never been in the area. We got their French Toast and Lemon Poppyseed and I was pleasantly surprised at the flavour! They were moist and flavourful. It found it hard to believe that no milk or butter was used at all to make it. I wonder how they do it? Crazy! 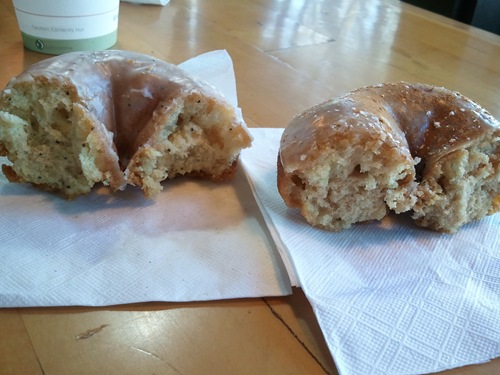 They were so good, we went back the next day and brought back 2 dozen to share with friends for their market research. They were interested in doing something similar here in Vancouver which I think is a brilliant idea. They definitely would have a market for it. 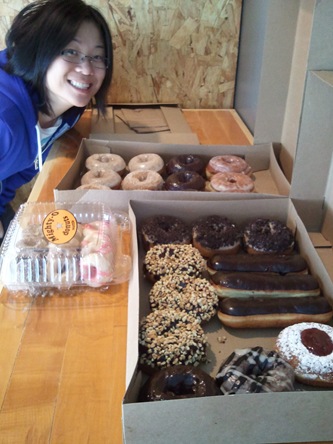 Finally, we went to a doughnut shop in a city outside of Seattle called Mill Creek. The reason for the side trip? Maple Bacon Doughnuts at Frost Doughnuts! I was all doughnut out, but my friend went for it whole heartedly. 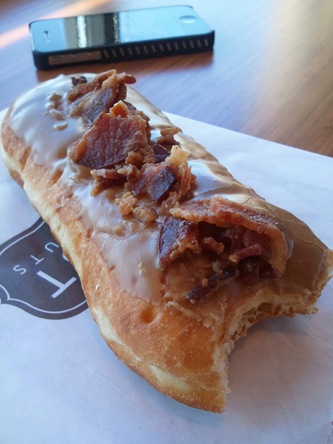 In the end, the back of the car was so filled with doughnuts it was ridiculous! The three places we went to this trip: 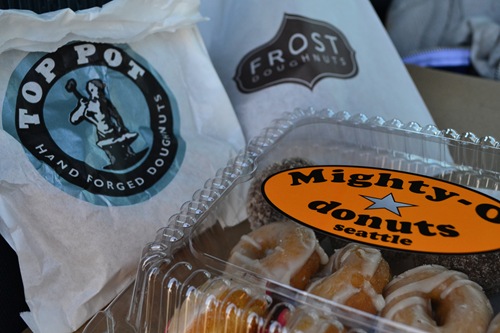 They were oh so delicious, but definitely won’t be eating doughnuts anytime soon!