You are here: Home / Destinations / Predjama Castle – Not Your Typical Castle
Some posts on this site contain affiliate links, meaning if you book or buy something through one of these links, I may earn a small commission (at no extra cost to you!). You can read my full disclosure policy here.

Everyone who goes to the Postojna Caves, needs to check out nearby Predjama Castle. Less than 30 minutes away from the caves, this castle is nothing like the castles of fairytales and fables. Predjama Grad, literally “castle in front of the cave”, is exactly that.

What makes Predjama Castle special is that it is built into the side of a cliff covering the opening of a cave. It is a Renaissance castle and accordingly it plays host to medieval games. Every year in July, knights, lords, and troubadours entertain crowds with jousting competitions and sword fights, among many other activities. 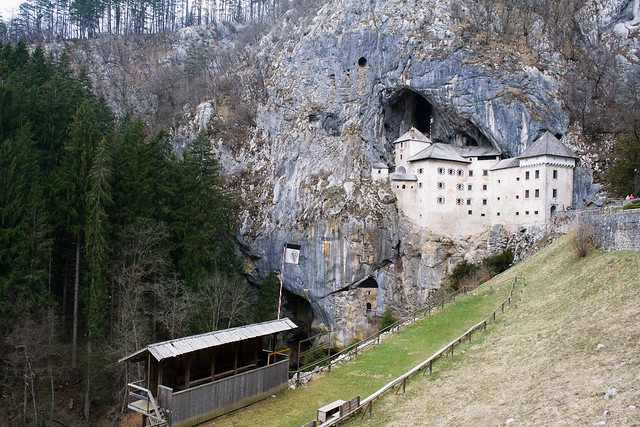 The castle’s most famous, or rather infamous, resident was knight Erazem of Predjama, a renowned robber baron in the 15th century. He rebelled against the Habsburg empire who didn’t take lightly to his attitude. Erazem was besieged for a year and a day inside the castle much to the bewilderment of his opponents. While there is only one way in, legend has it that there is a secret passage through which Erazem was getting his supplies. 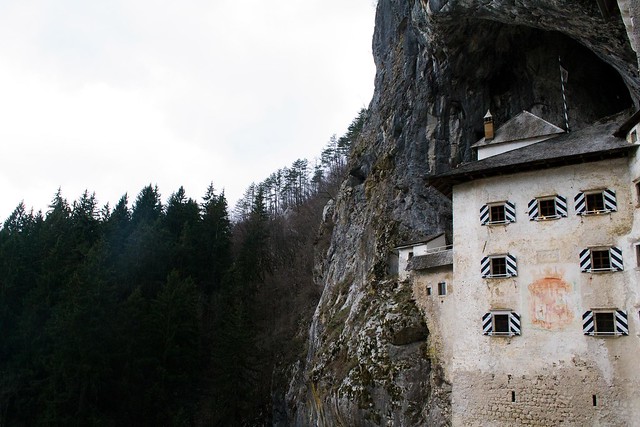 In actuality, this secret passage likely lead into the caves beneath the castles and was a means out. In the summer months you can visit the caves, which are home to bats. I was there in the off season so they weren’t open.

The first thing I thought of when I saw the castle was how it reminded me of the castle Sherlock Holmes: A Game of Shadows minus the waterfall. It isn’t of course (I think they must have used a soundstage), but I can imagine. The castle has been used as the setting for another movie: Armour of God starring Jackie Chan. The castle was also on an episode of Ghost Hunters International where they found the presence of paranormal activities. 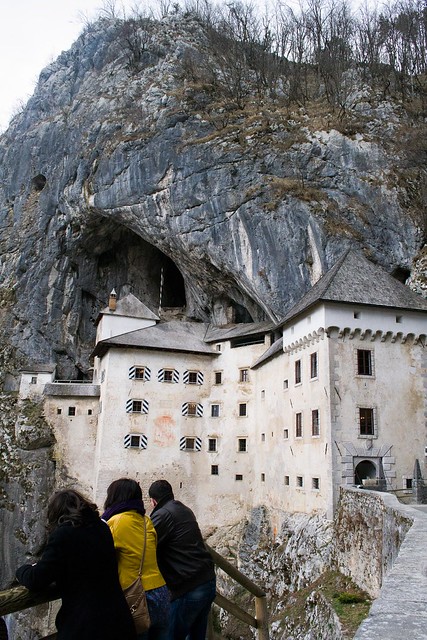 If you’re a Game of Thrones fan, then you’ll want to pay attention to this castle. George R.R. Martin visited the site in 2011 and made comments about wanting to include a similar looking castle in Westros. I haven’t made it out of the first book (not my kind of genre) so I don’t know if it has made its way into a book. You tell me! 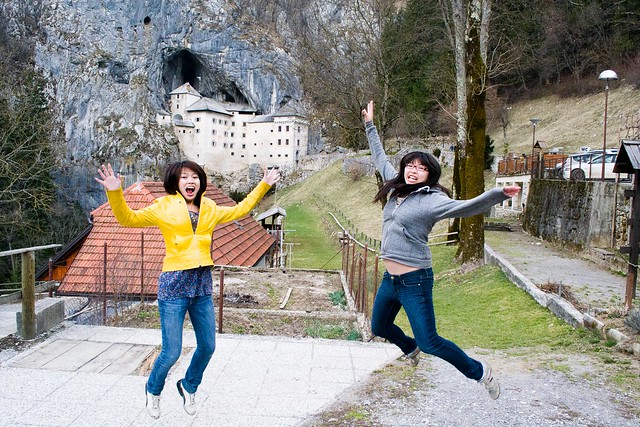 Even if you don’t go inside the castle, a visit to the Predjama Castle is well worth the side trip to just look at. It just looks unreal and I can’t imagine the building process at all. The castle is so unique and so different from any other castle in Europe making it a must see if you’re in the area.

What is the most unique castle that you’ve visited? Have you been to Predjama Castle? Did you like it as much as I did? Do you like ghost stories?