You are here: Home / Destinations / Europe / Czech Republic / Prague: Where is My Love Story?
Some posts on this site contain affiliate links, meaning if you book or buy something through one of these links, I may earn a small commission (at no extra cost to you!). You can read my full disclosure policy here.

You mention Prague to people and it conjures up memories of cobblestone streets, the beautiful Charles bridge, a city coming into its own after years behind the iron curtain. Many who visit fall under its spell, leaving the city with beautiful memories and hearts full of love for the city. So many of my friends rave about the city, each yearning to go back. But me? Not so much. 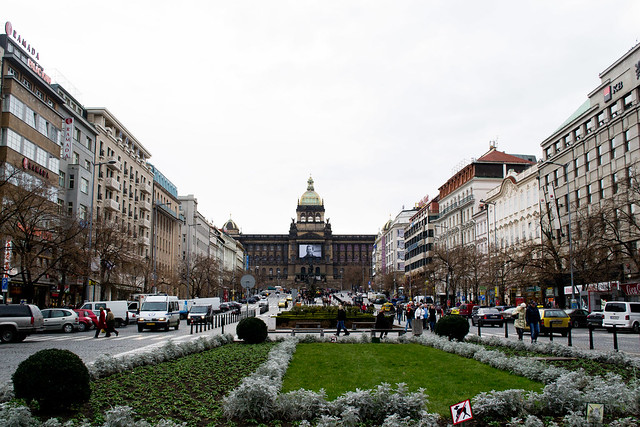 First impressions are everything. When Prague and I first made acquaintances, it was a rocky start. It was 2008. I was a young and inexperienced traveler. I was on my own.

Please enjoy this GIF of Woody from Toy Story in lieu of a photo of the train station. Panic attacks are not conducive to good photos for blog posts.

I arrived in Prague central station lost and confused. I needed money to get myself to my hostel, but I couldn’t figure out where to get it. I was assaulted in all directions by an unfamiliar language and an unfamiliar currency. I felt so overwhelmed, and on the verge of a panic attack. It was an immediate and in your face kind of culture shock.

My memory of this time is of confusion and panic. I remember it as being one big massive blur, and yet at the same time, as if time had slowed down. Like those montages in movies where the main character is stuck in one place and the camera is spinning around them. Coming from clean and organized Vienna, Prague’s train station could not have been more different. I don’t speak German either, but at least it made more sense to me than Czech.

I must have wandered around that train station a dozen times. Around and around I went. Indecisive as to my next steps. Not sure where to go or what to do. Evaluating my options. Eventually I snapped out of it and found a money exchange where I got enough money to get me to where I needed to go. Figuring out the confusing transit ticketing machine was another battle. 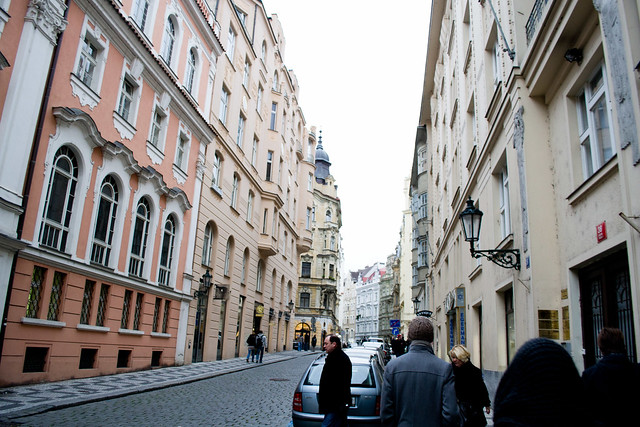 A quieter side street. The city itself was

I was meeting friends in Prague that first trip, but they didn’t arrive until a day after I did, and left a day before me as well. For half the trip I was alone. That sense of panic and of uncomfortableness never did completely go away the whole time I was in Prague. It certainly got easier as I got more acquainted with the city, but it never sat well with me.

I was apprehensive about returning to Prague years later. Was it going to be as uncomfortable as in my memories? Was I going to like the city more the second time around? When I arrived, I found a country that had opened up to tourism in the years since I was there last. The streets were filled with tourists everywhere I went. Something that both irritated and comforted me. The streets seemed friendlier. There was more English, and things seemed a little more familiar. Or maybe it was me that had changed? 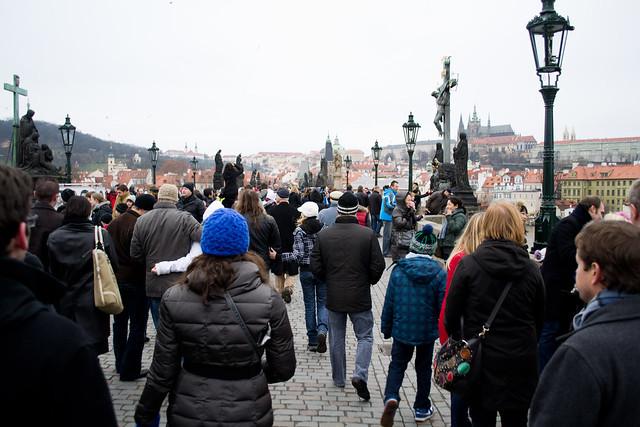 I eventually return to that same train station to take another journey. This time back to Budapest, my home away from home, after a short visit in Prague. The station seemed friendlier too. Not as scary as my memories make it. I sat on the train, reflecting on my time in the city. There are certainly many things I like about the city: the bright coloured and beautifully decorated buildings, tasty beers, the delicious sausage stands in Wenceslas Square. However I don’t have the same pull towards the city like I do for Berlin or London or even New York City. 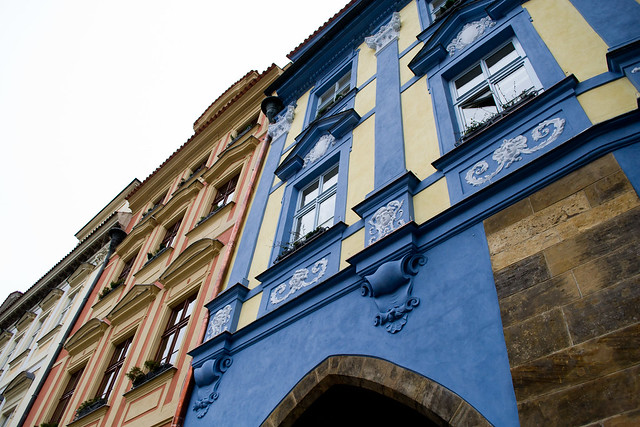 Such lovely colours and detailing in the buildings.

After my initial meeting, I have given Prague a second and third chance, to no avail. Maybe its 4th time’s the charm? I wanted desperately to fall in love with the city like so many of my friends have who have visited after me. I want to understand what everyone else sees in the city, but I just don’t. What am I missing? Where is my Prague love story?

Have you ever traveled to a city, wanting to like it, but have it fall flat? Have you been to Prague? Do you like the city?