You are here: Home / Destinations / On Set in Boston with On Location Tours
Some posts on this site contain affiliate links, meaning if you book or buy something through one of these links, I may earn a small commission (at no extra cost to you!). You can read my full disclosure policy here.

Who doesn’t enjoy seeing something you’ve only seen in movies in real life? I know I do. That line that blurs fiction and reality. My hometown of Vancouver is sometimes called Hollywood North and I always found it really exciting to see it in movies.

Boston is no different, with so many movies filmed in and around the city which is why I decided to go scout some locations with On Location tours. While they have a couple tour options in Boston, I went with their Boston TV and Movie Sites Tour. The tour takes you through a number of neighbourhoods from Boston Common to Fenway to South Boston, making it a good way to see a lot of the city.

What do you see?

After checking in with the tour guide, we all piled onto a small bus and we were off! We had three stops along the way and in between, drove past a number of notable areas where movies were made.

Famous actors that call Boston home including Matt Damon, Mark Wahlberg, and Chris Evans. It’s the former that has played a huge influence in the films made in Boston, especially with the success of Good Will Hunting which takes place in Boston. We drove past a few of its filming locations but also went to visit one of the bars they filmed in.

I watched Good Will Hunting years and years ago so my memory of the movie was really vague. However, the tour had that covered by playing relevant clips of movies as we drove around the city. The perfect amount to get the memory going.

While the tour is primarily about movies and where things were filmed, our tour guide also threw in details about some of the historical buildings that we were driving pass. Random bits of movie trivia were also slipped into the commentary. The tour was very interactive with the tour guide asking trivia questions on a variety of topics. He had movie paraphernalia for us to interact with. I even met Ted! 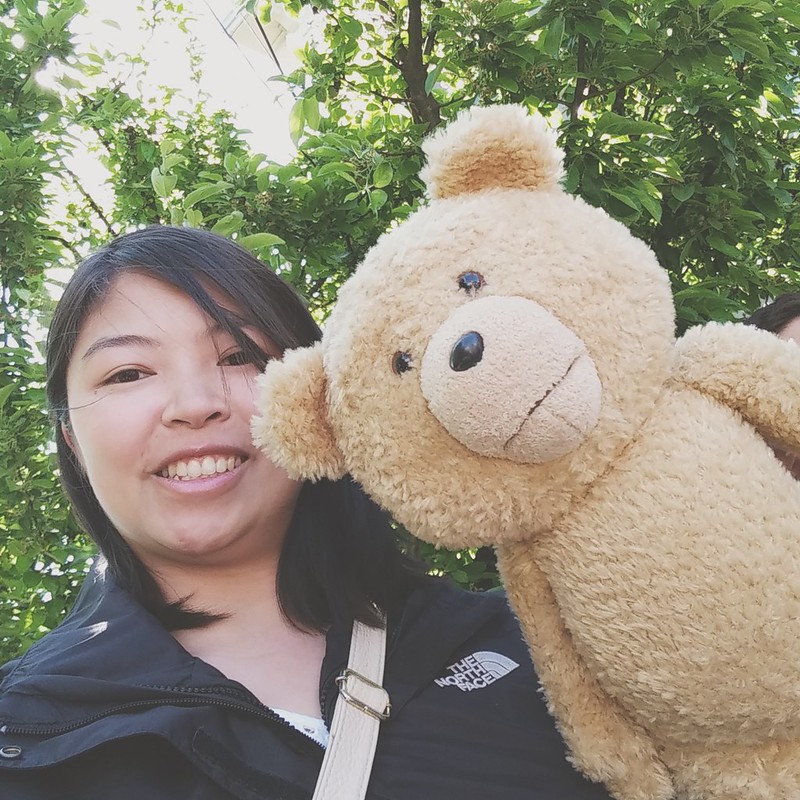 Another movie we heavily focused on was The Departed which filmed in the Boston Common in 2006. Since then, there are at least 5 movies filmed in the city every year according to our tour guide. And of course, you can’t visit Boston without visiting the Cheers bar where everyone knows your name (not really). This was the last stop on the tour and we were free to explore the place on our own. 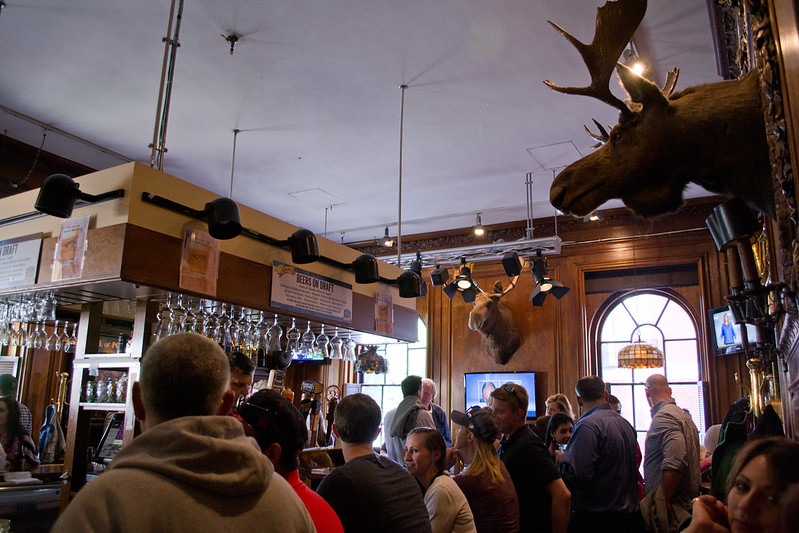 Generally I prefer going on walking tours because those are slower paced and I can take the time I need to frame the perfect photo. Of course, because they’re covering so much ground in the city and so quickly, it’s not really possible to walk. While the driver was good at driving at a reasonable pace, sometimes it’s really hard to see everything the tour guide is referring to when you whiz by.

Another thing, when you booking tickets, they recommend you get there early and I highly encourage that. The tour leaves promptly and there is no possibility of catching up. I had originally booked a tour early in the day, however, I really need to use the restroom when I arrived. After checking in, the tour guide pointed me to where I could find a restroom. When I came back out a couple minutes later, the group was gone. Vanished and no one knew where they went.

It was a weekend and my hopes weren’t high when I called their customer service phone number and surprisingly someone picked up. Thankfully, they were able to rebook me for the afternoon tour which was fantastic. While had to move my day’s schedule around, it’s better than having to miss the tour. Moral of the story: show up on time and don’t have a tiny bladder.

Should you go on a movie tour with On Location Tours?

If you are a movie buff and have seen the majority of the movies that you’ll be visiting, then this is a great tour to go on. I took my father with me and he has seen almost all the movies that we talked about and he absolutely loved it. I, on the other hand, had only seen a handful of them, and mostly the more recently movies, so I found it difficult to appreciate everything and how everything tied in together.

One movie you definitely should watch before going on this tour is The Departed. A lot of the places we drove past were related to the movie so much so that I was thinking to myself that the tour should be called “The Departed Tour” and some other movie locations. Regardless, it was still really cool to see it.

Going on a tour with On Location Tours is a completely different way of seeing the city. Most people go to Boston and think about the Freedom Trail or the North End, but they don’t think about Boston as a film set. The city is incredibly photogenic making it a great movie set and a good city to explore for the movie lover.

Love movies and want to check out this tour when you’re in Boston? Here’s all the info:

Ticket Info: Tickets must be purchased ahead of time. You can call them or purchase online.
Location: The meeting point is provided to you when you book your tickets.
Length: The tour lasts about 2.5 hours.
Price: $39 plus $2 ticket fee.

Disclosure: I was a guest of On Location Tours. As always, opinions are my own.