You are here: Home / Destinations / Taking Flight at Seattle’s Museum of Flight
Some posts on this site contain affiliate links, meaning if you book or buy something through one of these links, I may earn a small commission (at no extra cost to you!). You can read my full disclosure policy here.

Welcome to a new series where I take you inside the museums I visit in my travels on the first Monday of every month, appropriately named Museum Mondays. Today we’re exploring the Museum of Flight located just south of Seattle. 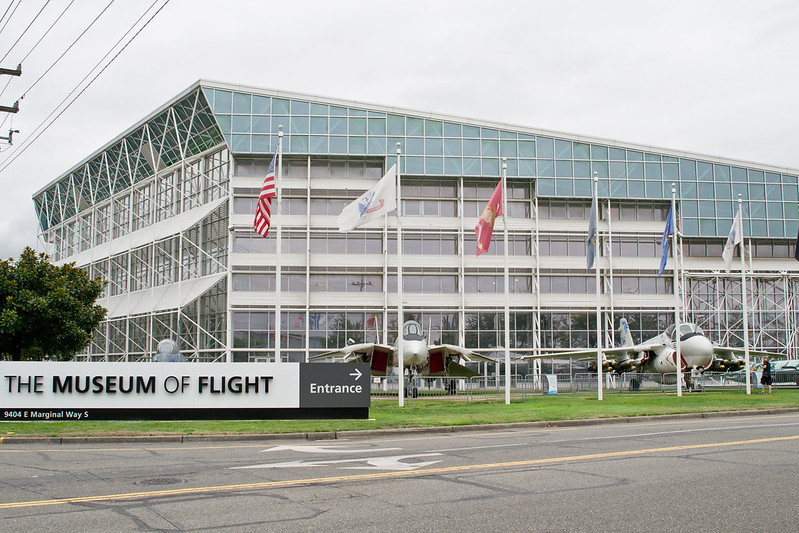 For any traveler, the miracle of flight has allowed us to see the world easily and at a relatively affordable price. A big player in the growth of this industry is Boeing who is a global leader in designing and manufacturing planes. 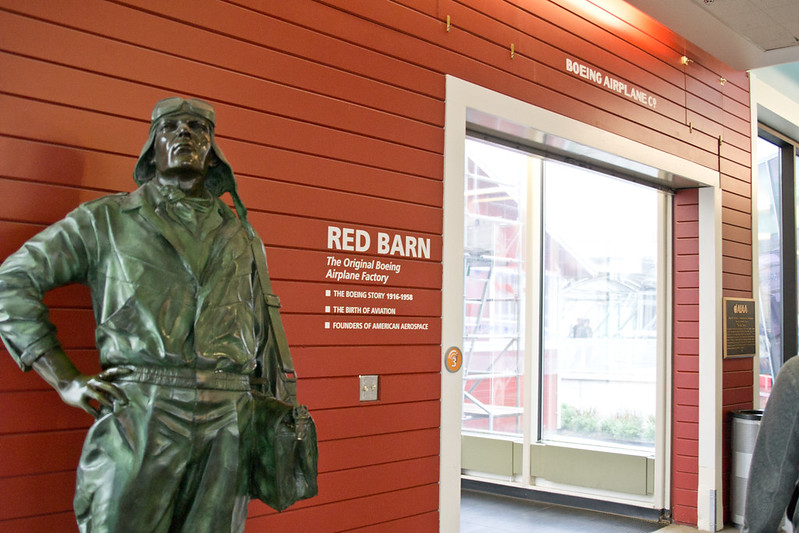 The original Red Barn where Boeing was founded. 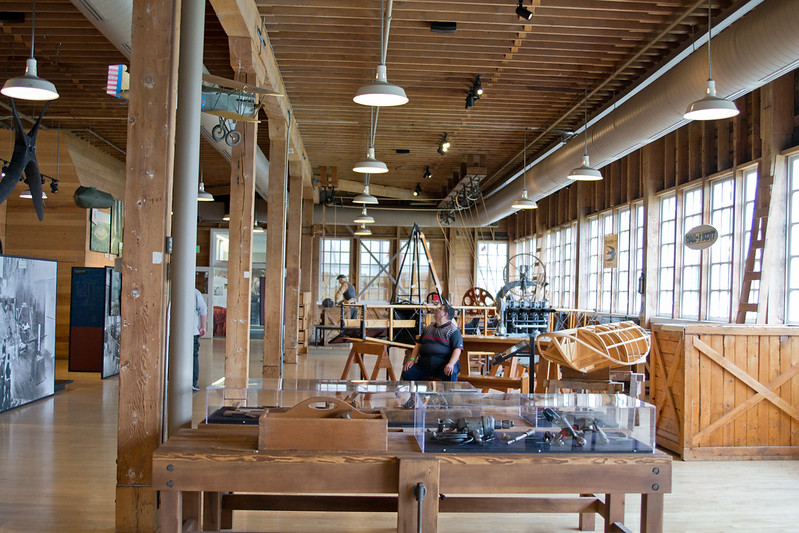 The museum is huge with exhibits ranging from the development of flight to space explorations to the role that the military played in the industry. There is even an exhibit discussing the history of Boeing, appropriately in the Red Barn of course. There is definitely a lot of see and going through everything can be overwhelming.

A highlight for me was exploring the Airpark – an outdoor display where you can walk through historical planes of importance. This is where we started before the lines got too busy. 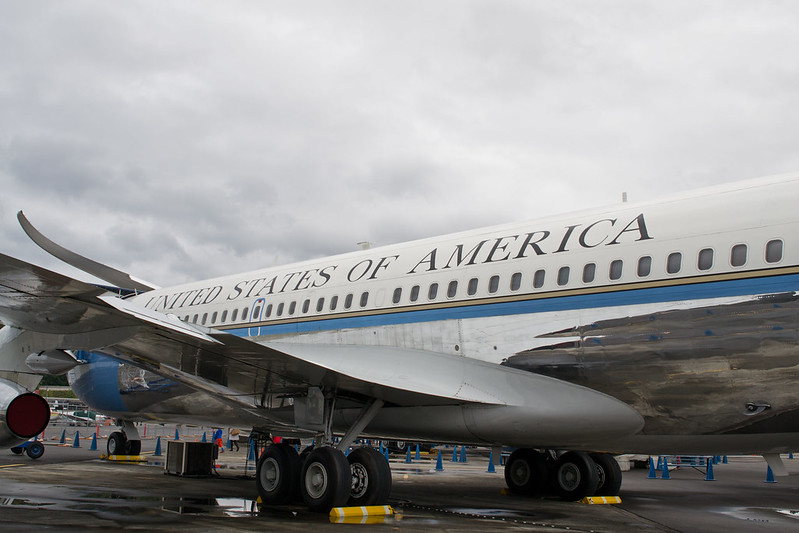 We wandered through an older Air Force One and got to see how presidents Eisenhower, Kennedy, Johnson, and Nixon flew. There is nothing like looking at an old school communication system on the plane and checking out the president’s quarters complete with a doggie door. 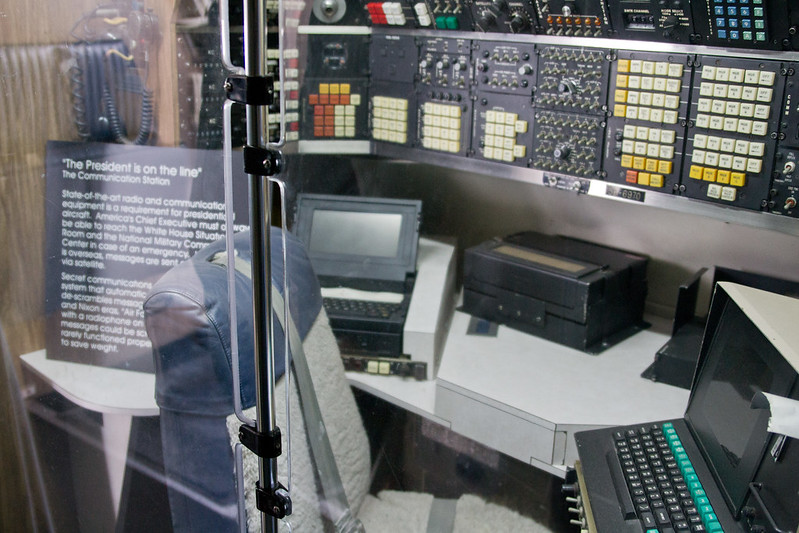 The complicated communications station on Air Force One

A British Airways’ Concorde is also on display and is only one of twenty in existence. The plane is touted as being one of the world’s fastest jetliners, flying at twice the speed of sound (Mach 2), getting you from New York to London in 3 hours and 30 minutes (opposed to 7 – 8 hours for normal planes). Inside, it was significantly smaller than normal planes. 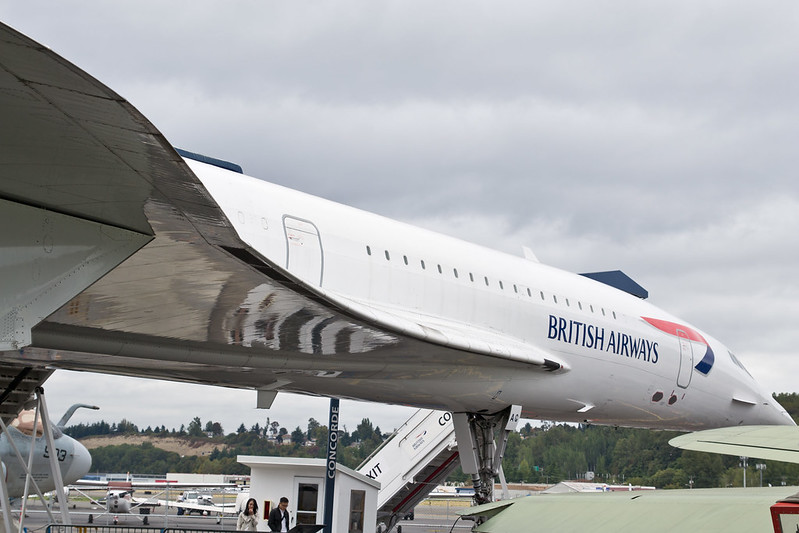 The super sleek Concord on display

Another highlight of mine was wandering through the Great Gallery. As you enter the room, there is nothing more impressing. 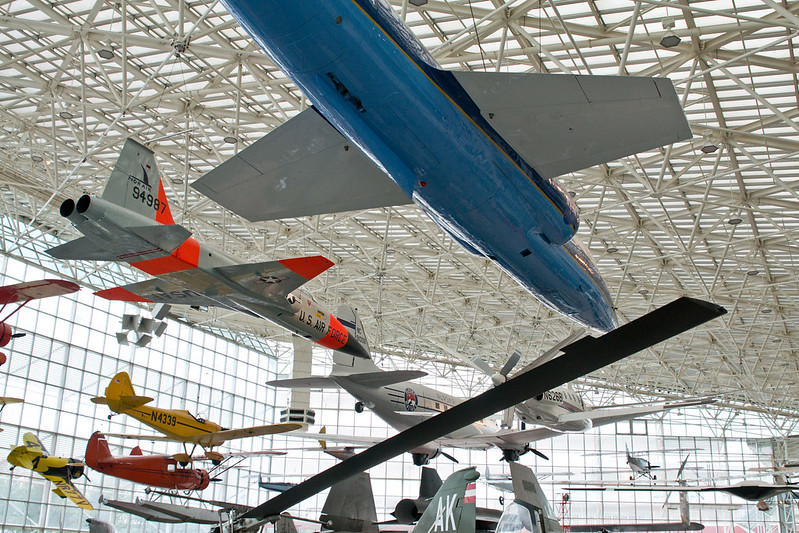 Everywhere you turned there were planes hanging from the ceiling, on display, and available for you to sit in. They ranged from the beginning of aviation to military planes to planes for work. 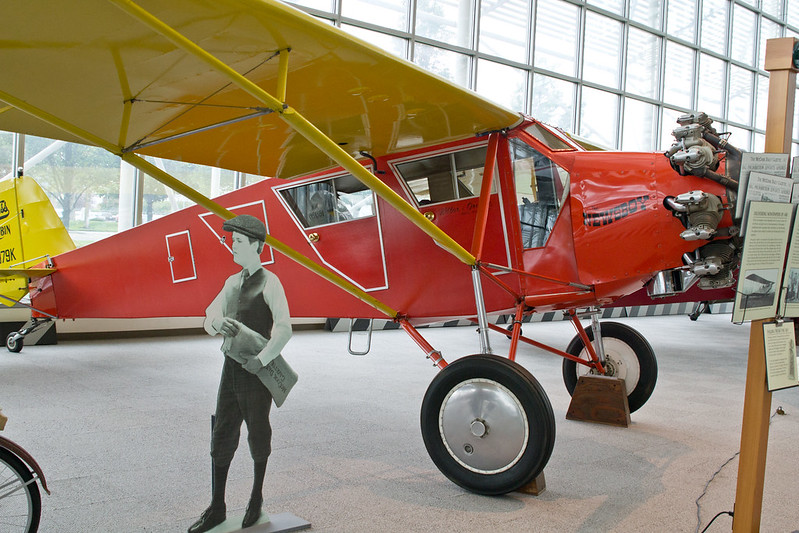 This plane dropped off newspaper from the air. Needless to say, it ended rather quickly. 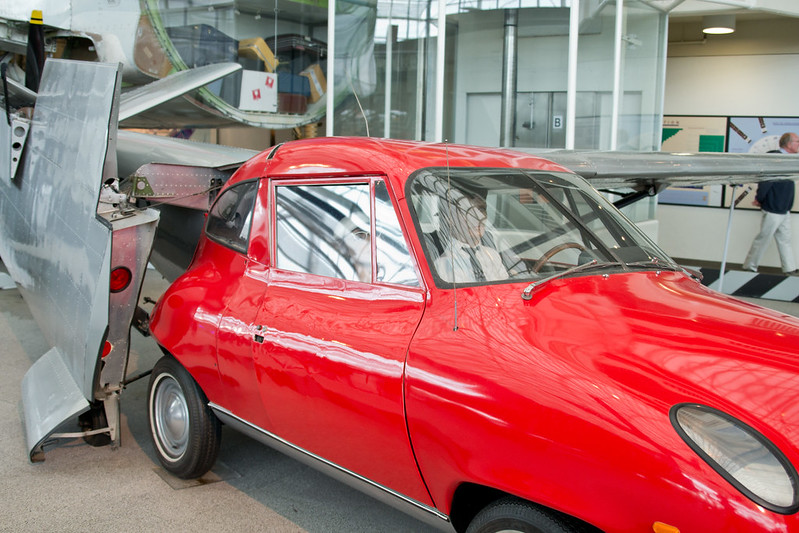 Half car, half plane for all your transportation needs 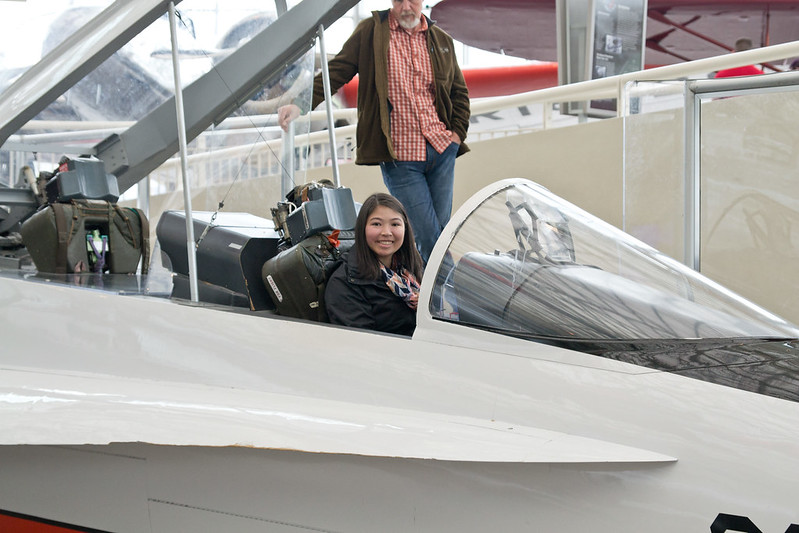 Don’t I look like I could fly this thing?

A large portion of the museum’s displays are focused on the military and shows how planes were used in combat during World War I and World War II. 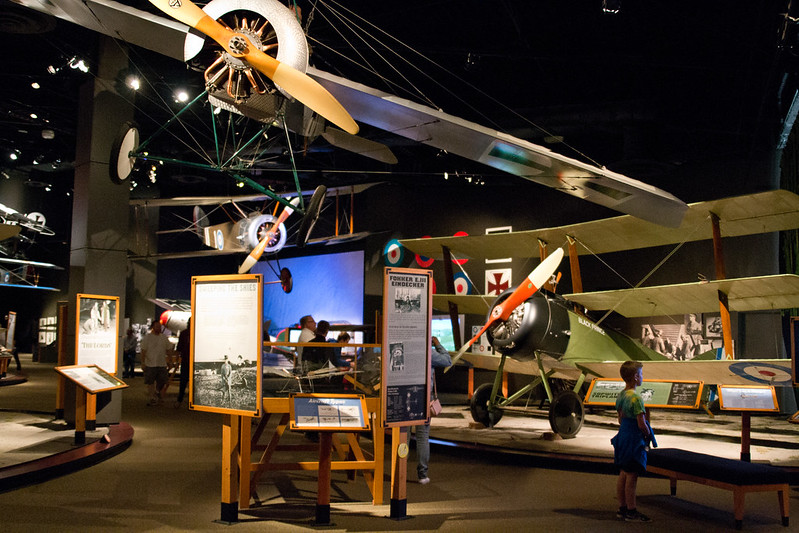 Lots of info about how planes were used in war

As history buff, I learned a lot about both of these wars in school and it was interesting to actually see how these planes evolved for the different purposes in the wars.

The museum has an area focused on space with models from the Apollo 17 mission and displays that trace the evolution of space. 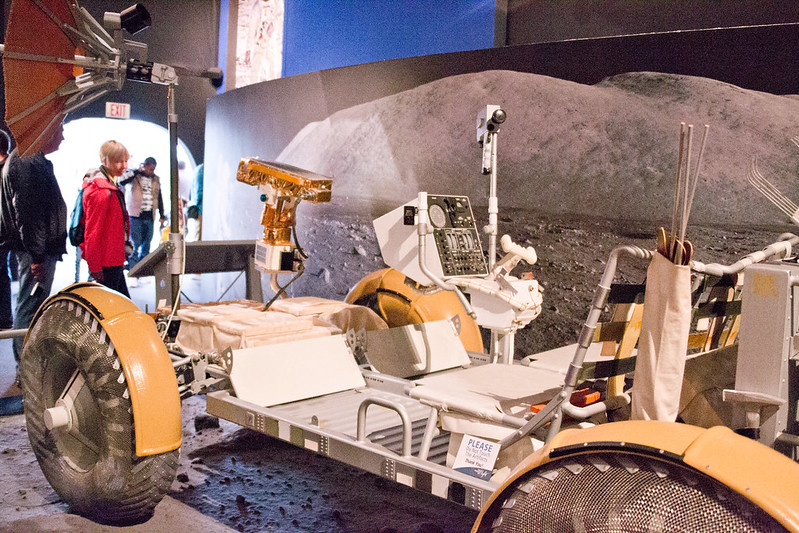 A model of the Apollo 17 Lunar Rover 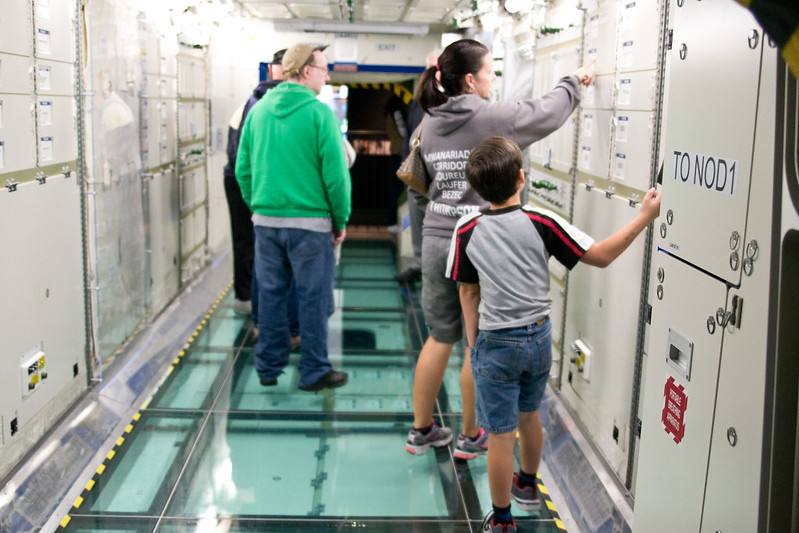 Inside a model of the International Space Station. 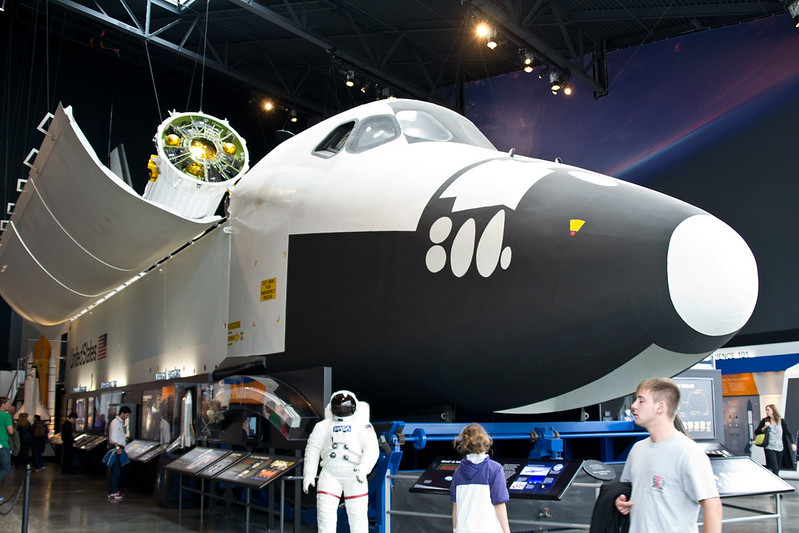 I spent the vast majority of my time in the Airpark and in the Great Gallery. After a while, the museum’s sheer size and information on displays become really overwhelming. There were a few extra exhibits that we skipped due to the additional fees involved and our lack of time. There are tickets available for a Shuttle Trainer Tour which gives you access to where astronauts train for Space Shuttle missions. There is also a 3D IMAX movie available on space. 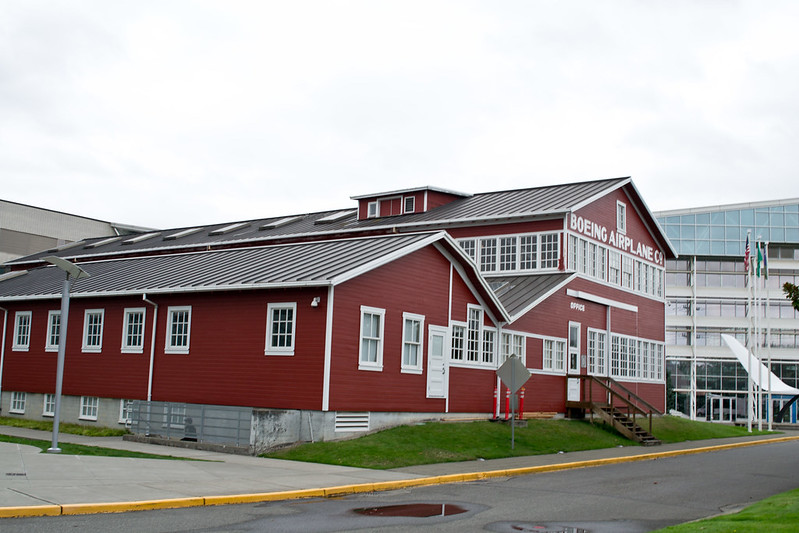 The original Red Barn of Boeing from the outside

While I was museumed out, for aviation lover, you can complement this museum visit with a visit to Boeing’s Future of Flight. This tour takes you behind the scenes of the Boeing’s productio`n line in Everett, just north of Seattle. This is definitely on my list of things to do on a future visit though!

So there you have it, a brief look inside The Museum of Flight in Seattle. There is so much to see in the museum and sections that I didn’t even get a chance to see due to lack of time and being tired. It’s great if you have kids, or for those that are kids at heart and love planes.

Getting There: The Museum of Flight is located South of downtown Seattle, at the south end of Boeing Field / King County Airport; Exit 158 off Interstate 5. Free Parking adjacent to the Museum and Airpark. Alternatively, you can take Metro Bus Route #124.

Be prepared to spend a couple hours at the museum. The exhibits are vast and there is a lot of explore. If you’re going to be staying in Seattle for a longer period of time, you can buy a round trip ticket which allows you to return for a discounted price.

If you have an AAA membership (or affiliate), you can get a 10% discount on your admission price. We have a BCAA membership which is an affiliate of AAA so we were able to take advantage.