You are here: Home / Destinations / Lodi Gardens: Tombs, a Mosque, and So Much More
Some posts on this site contain affiliate links, meaning if you book or buy something through one of these links, I may earn a small commission (at no extra cost to you!). You can read my full disclosure policy here.

When I heard we were visiting yet another garden, I was less than thrilled. It was so hot, I had a heat rash, and there are plenty of greenery and parks at home that I could appreciate without coming out of it dripping wet from sweat. Even at the best of times, I really don’t care about the nuances of the different types of plants and flowers. Plus there is the fact that I’m allergic to most plants and flowers so please keep them far away from me. No stopping to smell the roses for this traveler! 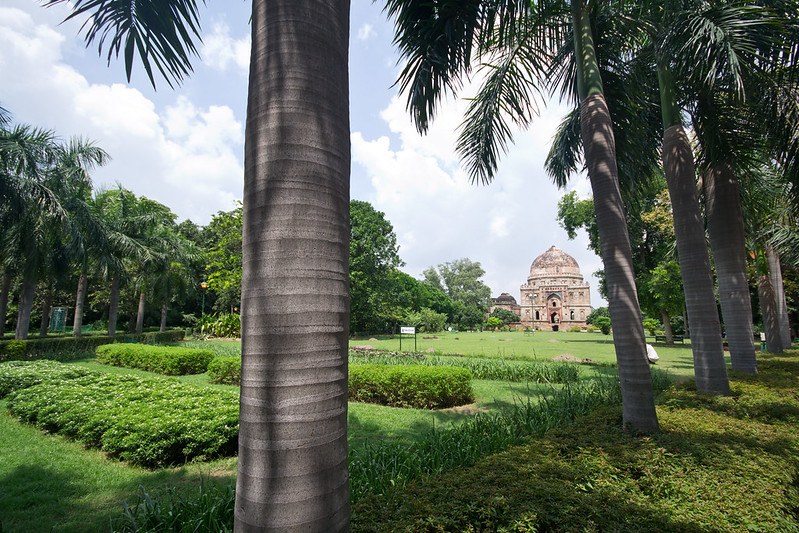 But I’m glad I sucked it up and decided to give Lodi Gardens a chance because it’s so much more than just a garden.

Stretching across 90 acres, the gardens are home to a variety of tombs and buildings that date back to the 15th century commissioned by the Lodis who ruled northern India and parts of present day Pakistan in the late 15th and early 16 centuries. 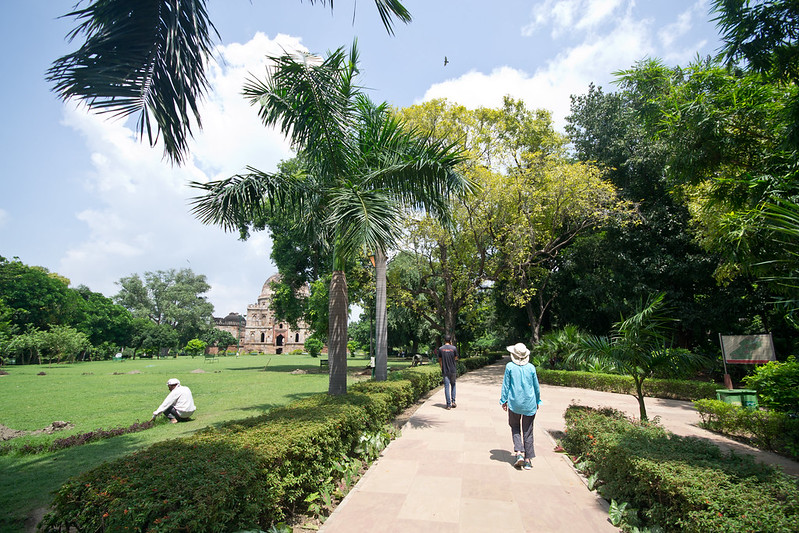 Within the garden walls, there are a number of prominent tombs for past rulers of India. Because of the heat of the day, we only visited two of the tombs in the gardens, but there are a couple other ones to see as well. The first one we stumbled upon is the Bada Gumbad Complex which includes the Bada Gumbad, a mosque and an arched pavilion called the Mehman Khana.

The Bada Gumbad, literally “the building with a big (bada) dome (gumbad)” is thought to be a gateway due to the lack of any graves. It was constructed during the Lodi dynasty. 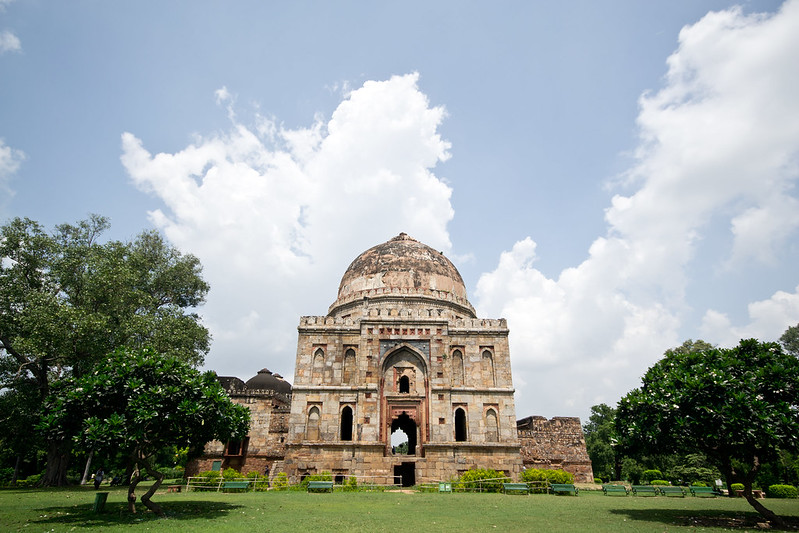 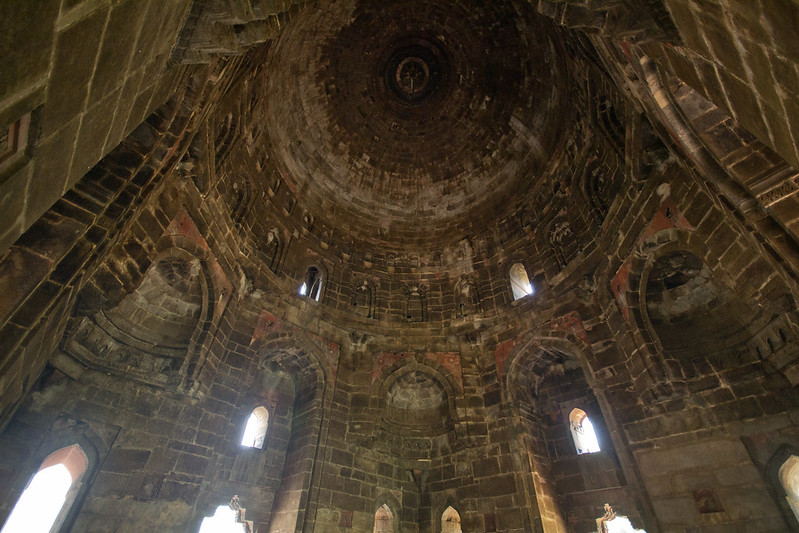 Adjacent to the Bada Gumbad is a three-domed mosque which blends Islamic and Hindu architecture into an interesting mix. In many ways, it reminded me of the mosque sections of the cathedral in Cordoba. Despite the distance between India and Spain, it’s interesting to see how widespread the influence of Islamic culture. 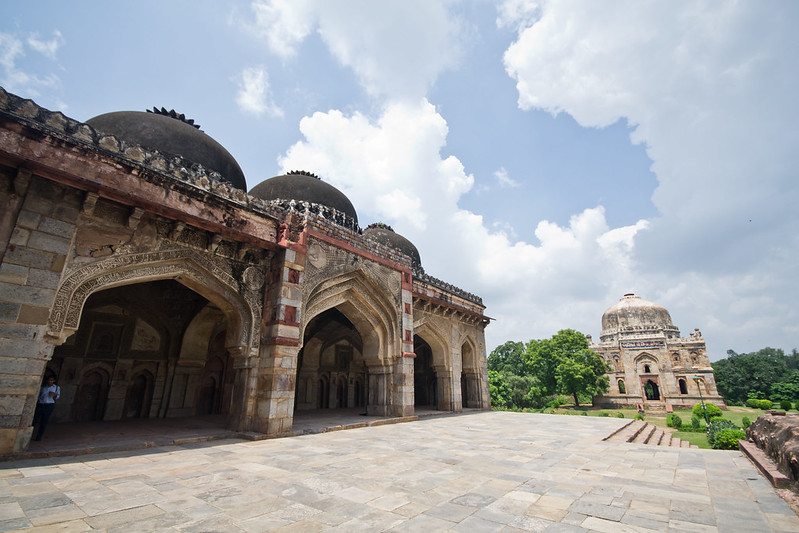 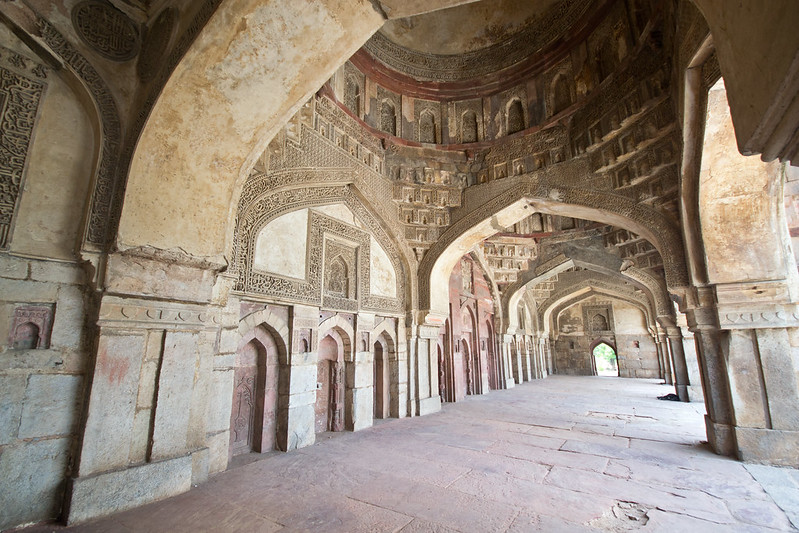 Opposite to the Bada Gumbad complex is the Sheesh Gumbad or the glass dome. It was named this because the building was once covered with coloured glazed tiles. You can still see some of them on the facade, but most of it has fallen off and what remains has faded. Despite that, the few tiles that are still there give you an idea of how magnificent the building must have been in its prime. 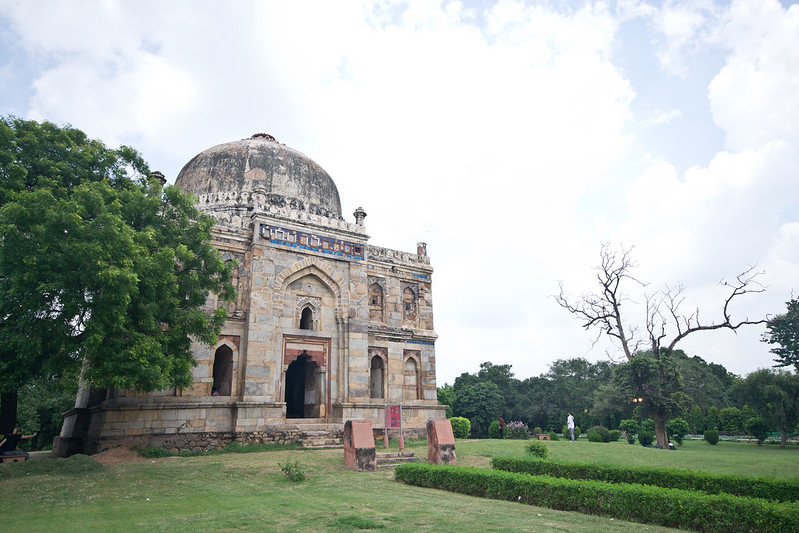 This building is home to several unidentified grave that are speculated to be members of the Lodi family. 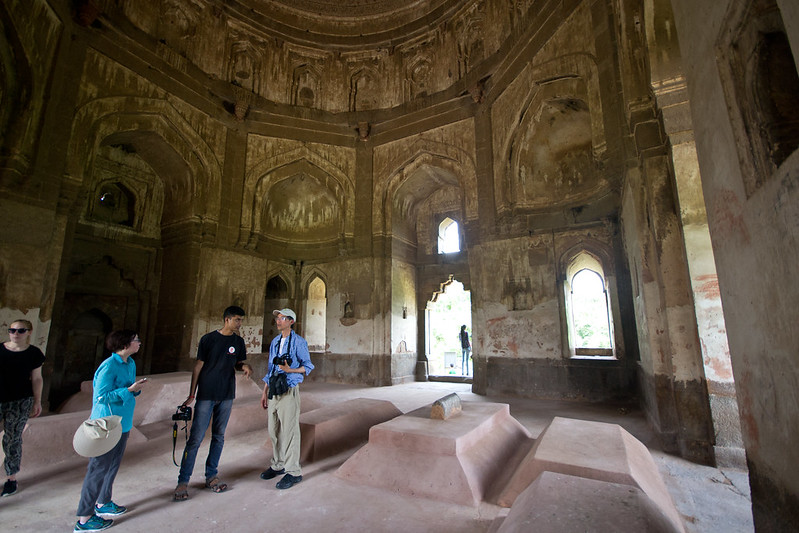 Within the gardens itself, our guide showed us one of his favourite plants. By gently touching the plant, it would close up. If you tapped the base of the leaf, all of the leaflets would close. It was super cool. I had never seen a plant do anything like that and had too much fun running my fingers along its leaflets. They would remain closed for a couple minutes before opening again. Its official name is mimosa pudica, but it’s also known as the shameplant, which is a perfect description. 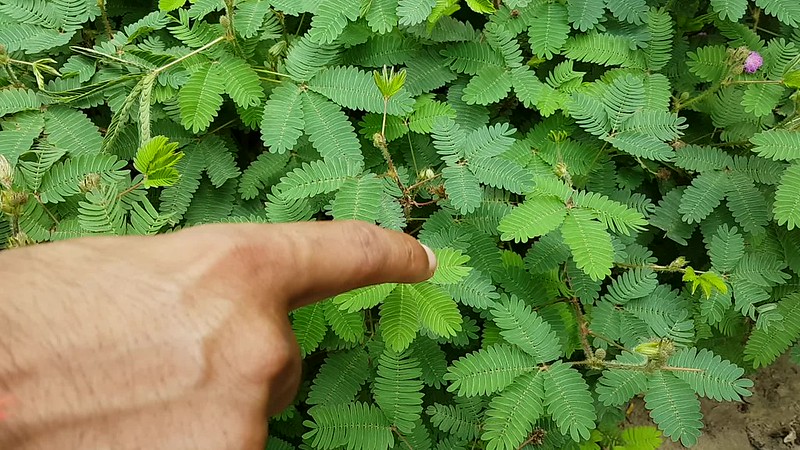 With little remaining from this time period, the tombs and buildings found within the Lodi Gardens are prime examples of architecture from this era. Each are incredibly impressive and well worth the walk through the garden. Entrance into the garden is free. 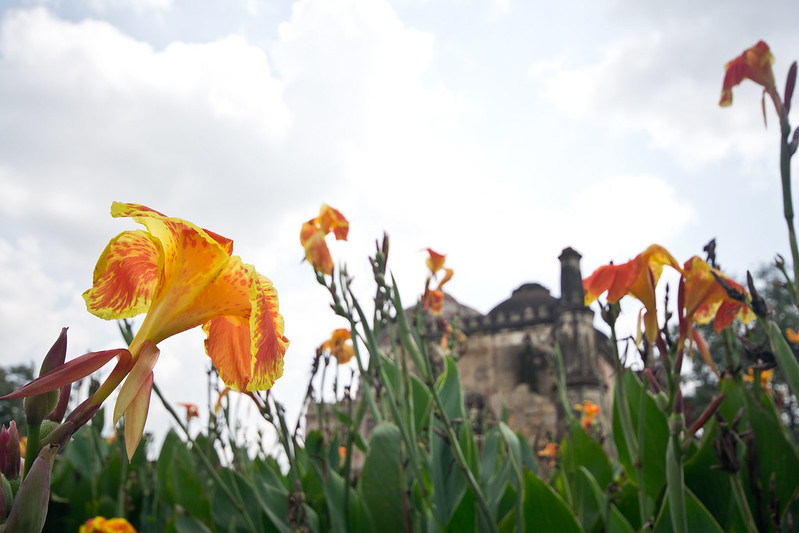 As mentioned at the beginning of this post, visiting gardens and parks aren’t super high on my list of things to do when traveling, but the interesting architecture and history of Lodi Gardens was a pleasant surprise and made the visit all that more rewarding.

Do you like walking through gardens in your travels?

P.S. A Beautiful Day at Crater Lake National Park & Inside Yoyogi Park: Tranquility in the Heart of Tokyo