You are here: Home / Destinations / Keeping It Weird in Austin, Texas
Some posts on this site contain affiliate links, meaning if you book or buy something through one of these links, I may earn a small commission (at no extra cost to you!). You can read my full disclosure policy here.

The slogan “Keep Austin Weird” was adopted by the  Austin Independent Business Alliance to promote small businesses in Austin, Texas, but the city has taken the saying to heart. Austin, among many things, is most definitely weird. Here are some of the wacky things you can do when visiting Austin. 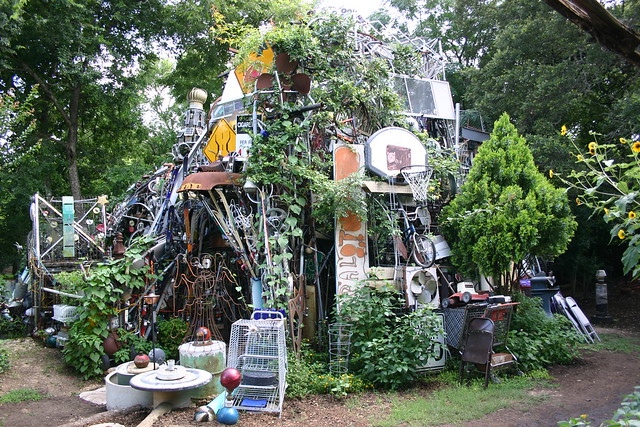 Cathedral of Junk // Photo: That Other Paper

Hidden in the backyard of a small house in suburban Austin lies this monumental pile of junk. Ever growing, the Cathedral of Junk is the work of Vince Hanneman. Built from anything and everything that could be salvaged, the Cathedral has a number of rooms, tower, winding stairs and a throne room. What started as a side project for one has turned into a community-sourced building. Today the Cathedral is mostly assembled from stuff that people bring – over 60 tons of it! The Cathedral is open to the public for free (donations are accepted). There are no set hours so it’s best to call ahead.

Museum of the Weird

Housed at the back of the Lucky Lizard gift shop is the Museum of the Weird, a collection of oddities from around the world. Reminiscent of dime museums of Americana, the museum features items that you might find in a turn of the century dime museum: shrunken heads, mummies, a two-headed chicken, and a cyclops pig. Most notable is The Minnesota Iceman, aka “The Creature in Ice.” The museum also has the occasional show – essentially carnival sideshows of yesteryear. Visit the Museum of the Weird and be prepared for the unusual. 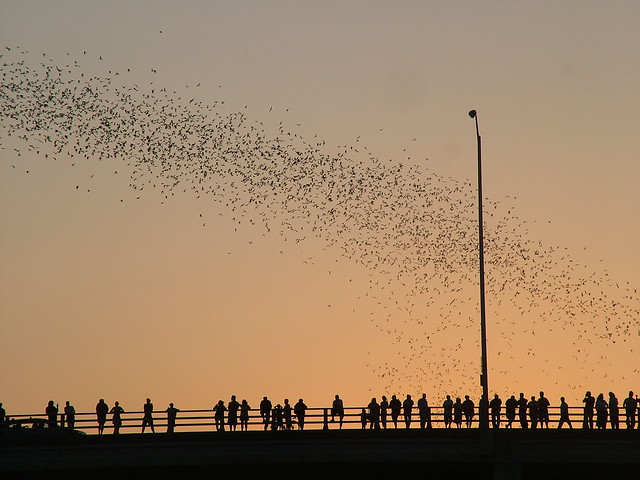 Beneath the Congress Bridge lies North America’s largest urban colony of bats. Every evening, approximately 1.5 million Mexican Free-Tailed Bats emerge from underneath the bridge at dusk much to the amusement of locals and visitors alike. While you can find bats in the area from March to October, the best flights happen in August when the baby bats join in as well. The best place to see the bats in flight on the bridge, but be ready to get really close to the bats. For the most up to date information on the bats and approximate times that they’re likely to appear, call Bat Conservation International. And as bats really have no sense of time, get there early so you don’t miss the show.

Eat at a Trailer Park

The South Austin Trailer Park and Eatery that is. Similar to the food pods found in Portland, Oregon, the trailer park is a collection of food trucks. Anchored by a branch of the famous Torchy’s Tacos, the park is also home to Holy Cacao (cake balls) and Conscious Cravings (vegetarian and vegan). Grab a meal and pull up a picnic table. Be warned though, parking is limited. 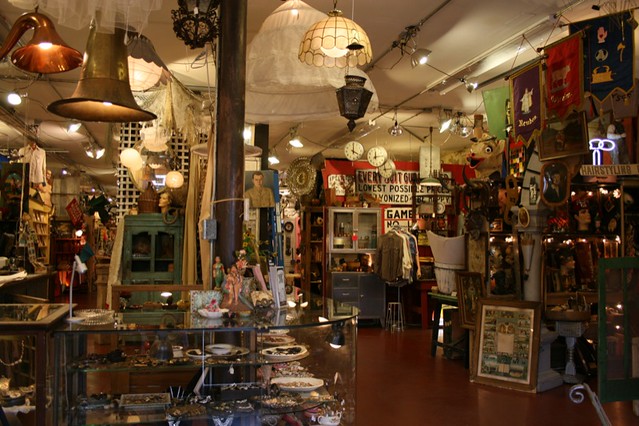 Uncommon Objects is a collection of 24 mini stores, each with their own unique personalities, selling the weird and unusual all under one roof. Described as “your eccentric uncle’s attic on steroids,” you can find anything you’re looking for, and probably a lot that you weren’t, within its walls.

« A Seafood Lover’s Paradise in Tofino, BC
7 Dream Places I Can’t Get Out of My Mind »