You are here: Home / Destinations / A Foreigner’s Guide to Driving on Crete
Some posts on this site contain affiliate links, meaning if you book or buy something through one of these links, I may earn a small commission (at no extra cost to you!). You can read my full disclosure policy here.

Our first night on Crete, we drove from the airport to the village we were staying in. It was a terrifying ride with cars zooming around us, and a cliff drop right next to the road for most of it. The more we drove on the island, we started to learn the rules of the road – rules that are so opposite to how I learned to drive. They are uniquely Cretan.

There are few basic things to remember when driving on Crete: 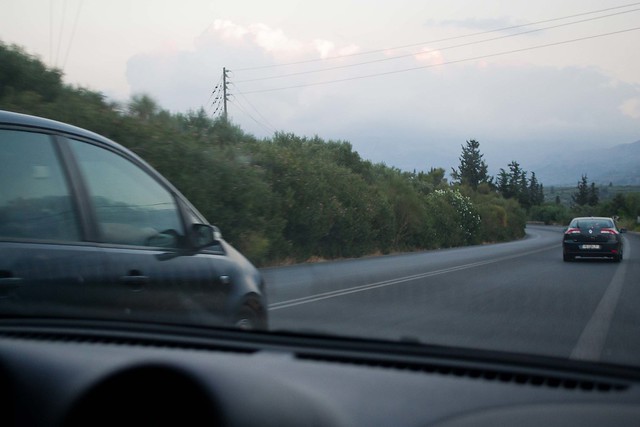 Who needs to wait for a lane to pass? A close one here.

Most of the highway is a two lane highway – one lane for each direction. On occasion, during the straight stretches there would be a 3rd lane for passing. Despite this, many Cretan drivers do not wait for these lanes to pass you. If there is space, they’re going to do it. We had a couple close calls with cars passing us when there was no room. The worst is when a car going the opposite direction is in your lane trying to pass someone. Many heart in throat moments were had on this island.

2. Road shoulders should always be used 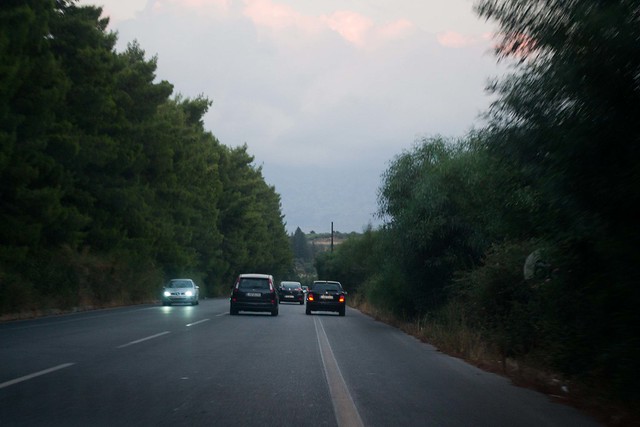 3. The faster you drive, the better.

Speed. If you drive slow, you’re definitely a tourist. These guys drive fast! Even around the twisty corners. Upcoming corner around a cliff? Better to speed up.

Road signs are confusing. They’re in Greek and English, but almost never together. They alternate, so its useful to know how the Greek’s write the city you’re going to. And know the various ways of spelling the city in English too!

5. Watch out for that cat! (or goat, or other fluffy animal). 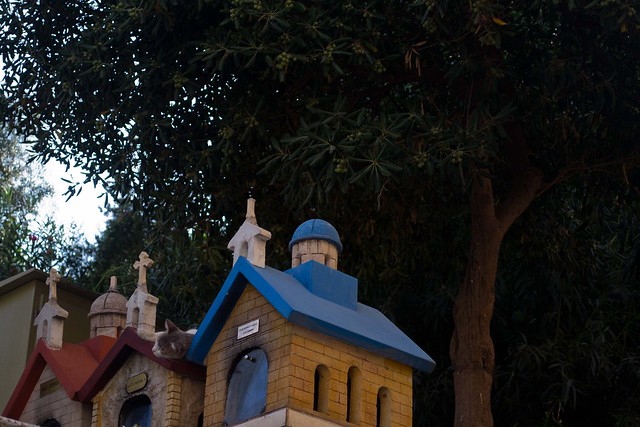 No, I did not take pictures of road kill. Instead you can have a picture of a very much alive cat in Chania enjoy its very large cat house.

Because so much of the driving is done on the shoulder of the road, plus the fact that the island is over run with stray cats, we saw plenty of roadkill. There were so many dead cats lying on the side of the road. A former cat owner, that made me really sad. It was really ridiculous how many there were that it became almost a game – count the number of dead animals! In one journey we counted upwards of 10 dead cats, a couple (alive) goats, and a dead what looked like a badger (maybe?). I have never seen so much road kill in my life.

Those are the basic unspoken rules and what we learned from our experience. You remember these key things and you’ll be fine. The island is very hilly so there is a lot of going up and down and you get lots of practice parking on a hill.

Another key thing to remember is if you don’t already know how to drive manual (like me), don’t attempt to learn on this island (like me). Even the “quiet” roads have lots of cars and trucks. I definitely would not recommend it if you’re already a nervous driver (like me) and are likely to freak out and scamper out of the driver’s seat like it’s on fire. Makes for an entertaining story though.

What unusual place have you driven? Have you encountered strange unspoken rules of the road?

« An Almost Theft, Beaches and a Fortress: Adventures in Rethymno, Crete
The Minoan City of Knossos – Myth or Reality? »