You are here: Home / Food / A Day in the Hungarian Countryside – My Favourite Food Memory
Some posts on this site contain affiliate links, meaning if you book or buy something through one of these links, I may earn a small commission (at no extra cost to you!). You can read my full disclosure policy here.

This past weekend, I was helping out at a local food event called The Feast Vancouver which brings together people for a dinner to talk about food, sustainability, community and business among other things. The event is part of a bigger global movement with similar feast dinners happening across the world.

One of the questions we were asked to talk about was our favourite food memory. My mind raced through all the great memories I had traveling and eating well. Maybe it was my first time dining at a Michelin star restaurant? Perhaps it was growing up cooking with my grandma, eating some of the best Chinese food around? No, it was something that I haven’t shared yet here.

So many good meals! So hard to pick a favourite.

I firmly believe that one of the best ways to understand a culture is through understanding its food. While I was living in Budapest, I met a couple of really awesome Hungarians, one of which who was determined to share with us her culture. She was always taking me on traditional Hungarian adventures, giving me different foods and drinks to try. Anyone looking to live abroad needs to make a friend like her. The ultimate experience was when she invited me and a couple of friends to visit her parents one weekend at their summer home.

There, life slowed down and I was able to thoroughly enjoy the company of my friends with delicious homemade food and drinks. Her father showed us his fish traps which were used to catch the fish that was going to be in the fish soup we were eating. Her mother showed us how to make lángos, a favourite Hungarian snack despite how heart attack inducing it may be. I napped in the sun and frolicked in the garden. 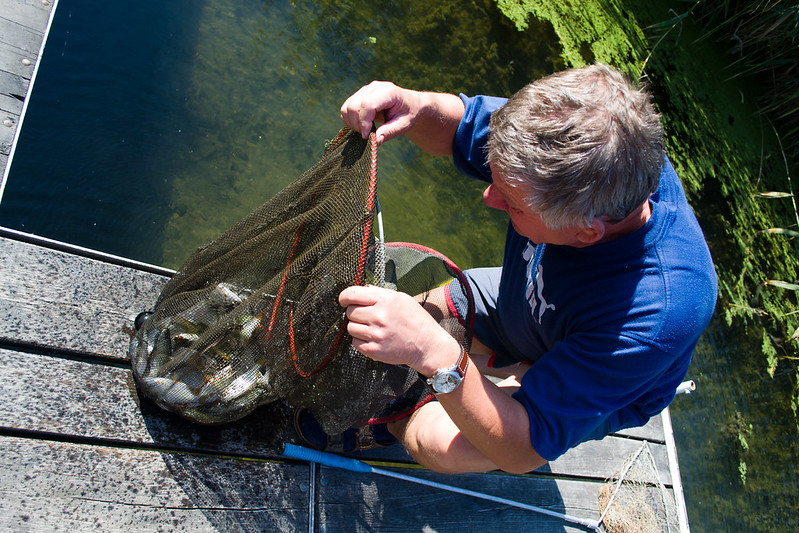 The lunch that her mother served us was amazing. Dish after dish came out of her kitchen, each more fantastic than the previous. Everything looked familiar, and yet had it’s own Hungarian twist to it. First up: fish soup. 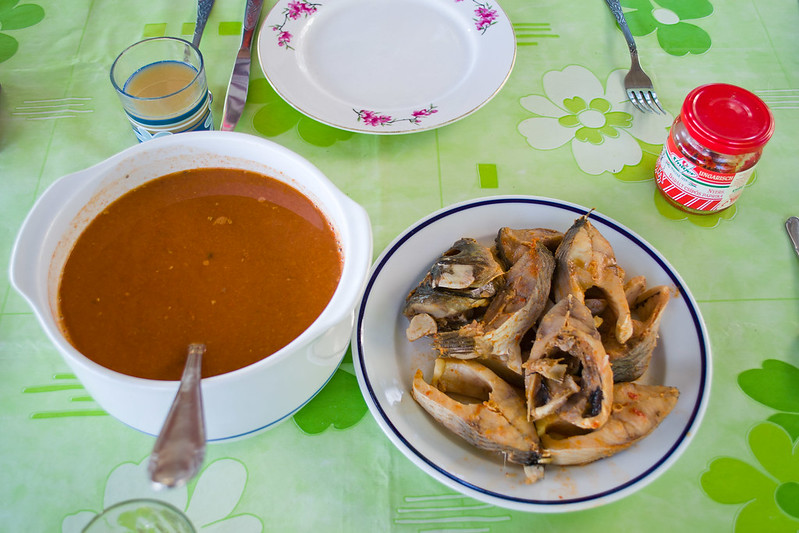 Fish soup, or halászlé, is a speciality of Hungary and can be typically found on the Hungarian Christmas table. Everyone makes their soup slightly differently and is a source of pride for families. It is made from river fish and gets its distinct red colour from the copious amounts of paprika that is in the soup. It is traditionally cooked over an open flame in a metal pot, which of course they had. 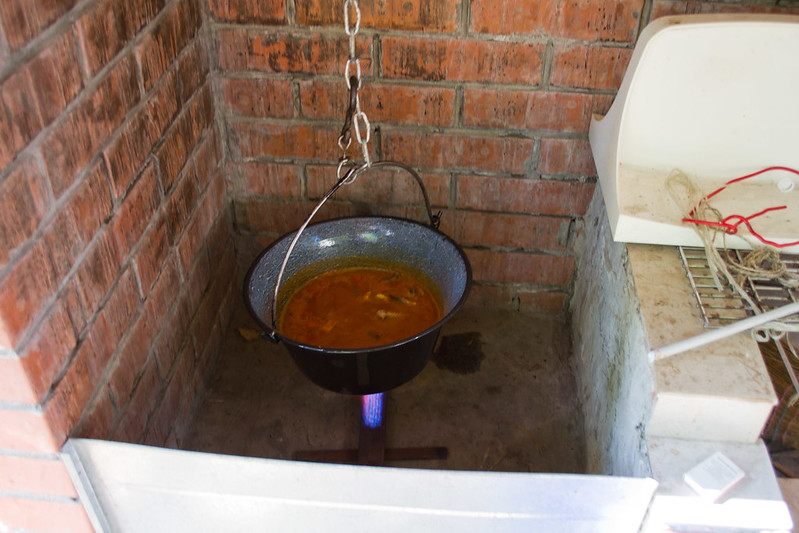 Next up were pancakes stuffed with meat (Hortobágyi palacsinta), some kind of pork knuckle wrapped in a dough-like bread, a variety of salads and all served with a side of pickled vegetables. The more time you spend in Hungary, the more you realize their love for pickled vegetables. They’re always on the table. 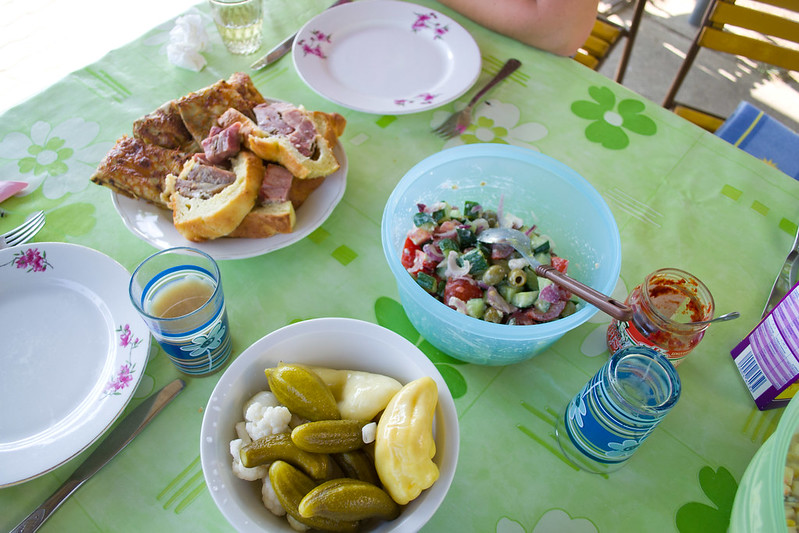 That pork knuckle bread combo was amazing. I was dreaming about it for months after this meal. It was so tender and melted in your mouth. 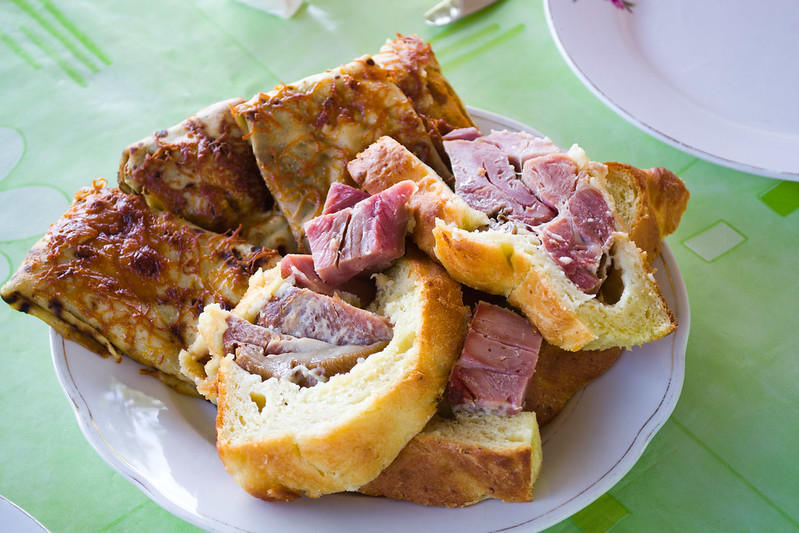 All that was followed by a massive plate of desserts. Some were familiar like apple pie, but others were new to me like zserbó (a layered cake made with walnut and apricot) and somlói galuska (similar to a trifle). One thing really great about Hungarian desserts is that they’re not overly sweet, but offer enough to end a meal on a sweet note. 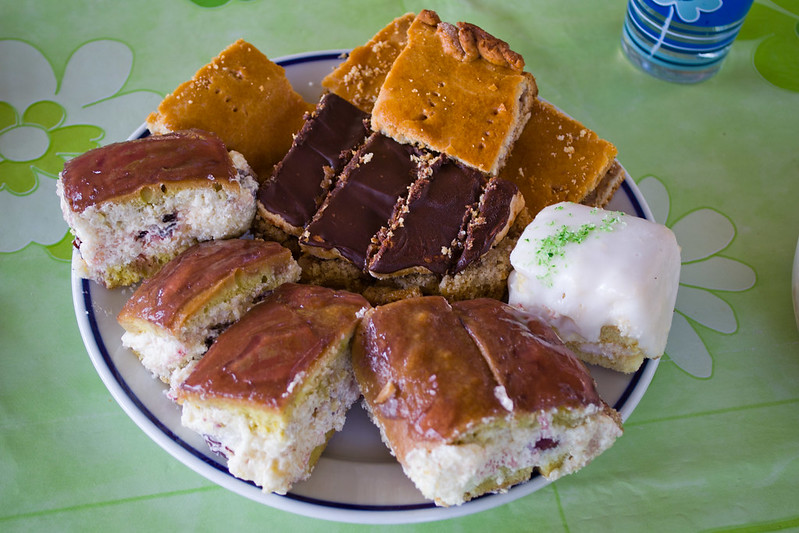 A couple hours of being lazy and we were ready to eat again. No joke, I think all I did was sit on their porch swing rocking gently back and forth talking with my friends about everything under the sun. For dinner: lángos. We watched her mother stretch and pull out the lángos dough, shaping it into a rough circle before deep frying it. 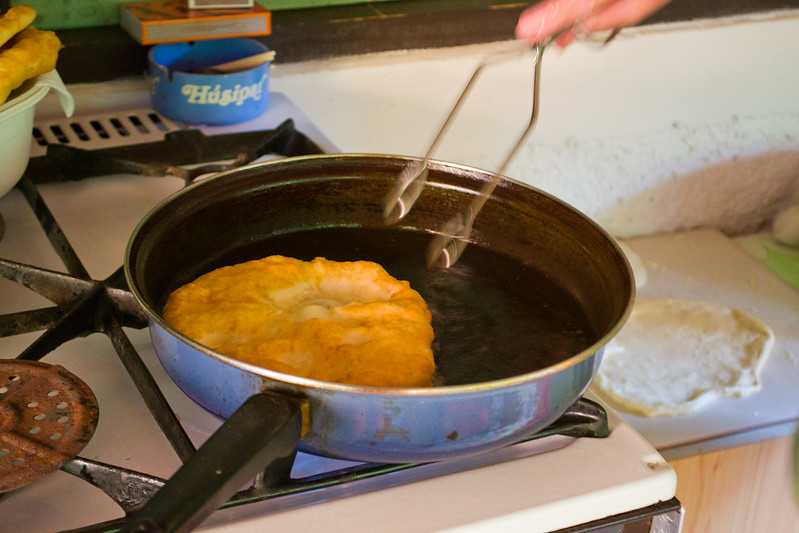 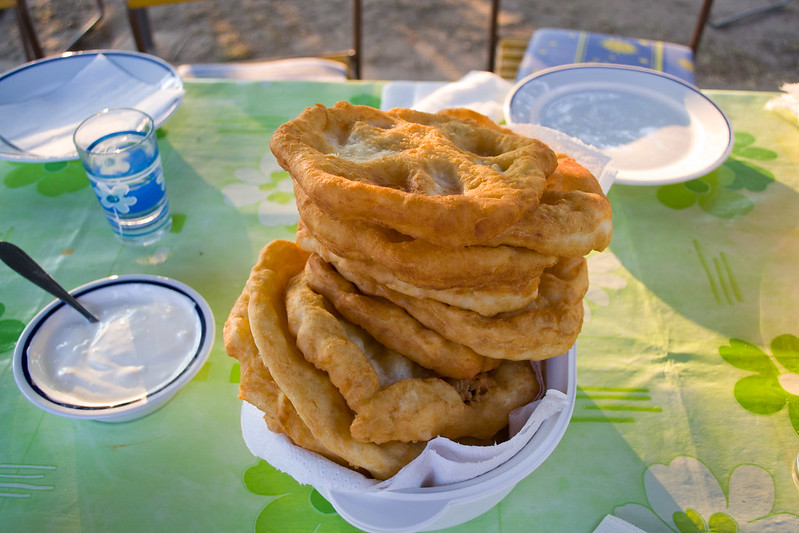 The leaning tower of lángos

The dough is topped off with sour cream and cheese. Sounds disgusting, but it’s so so good. 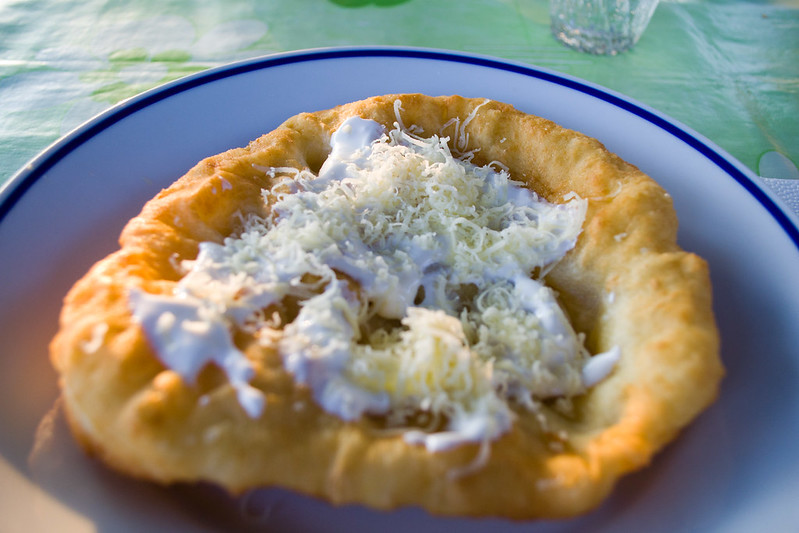 I loved everything about the day. The quietness, the company, and the great food. It really was an escape from the city. The heat didn’t even bother me as much (and I hated how hot Budapest got during the summers). It was like I was going home for the weekend without actually having to travel around the world.

See? I wasn’t kidding about the frolicking.

It was so awesome that my friend invited me back the following summer, but this time I actually got my hands dirty. With her mother, I learned how to roll szilvás gombóc (plum dumplings) and made lángos again. 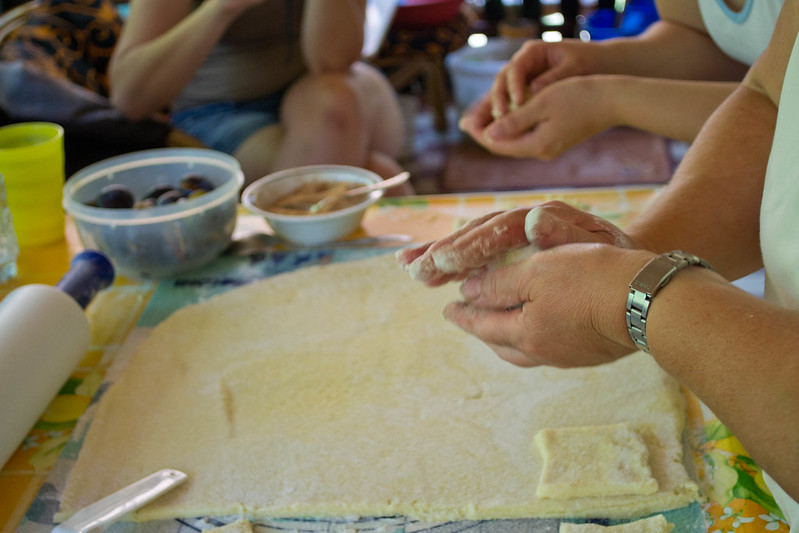 Squares of dough are wrapped around plums and rolled into balls. 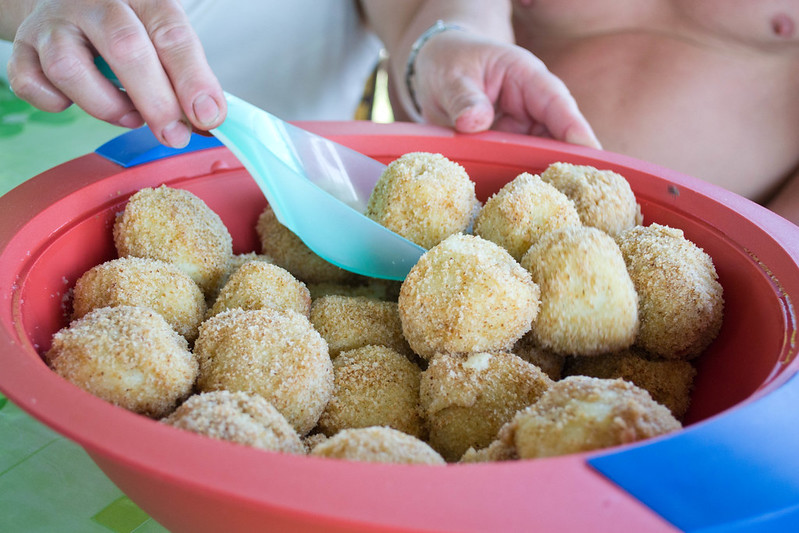 They’re fried and then finished with cinnamon sugar.

She spoke no English and I spoke only a little bit of Hungarian, but enough to know basic ingredients like eggs, flour, milk and the like. My friend helped to translate if needed, but we managed to communicate okay without much help. The language of food was enough. 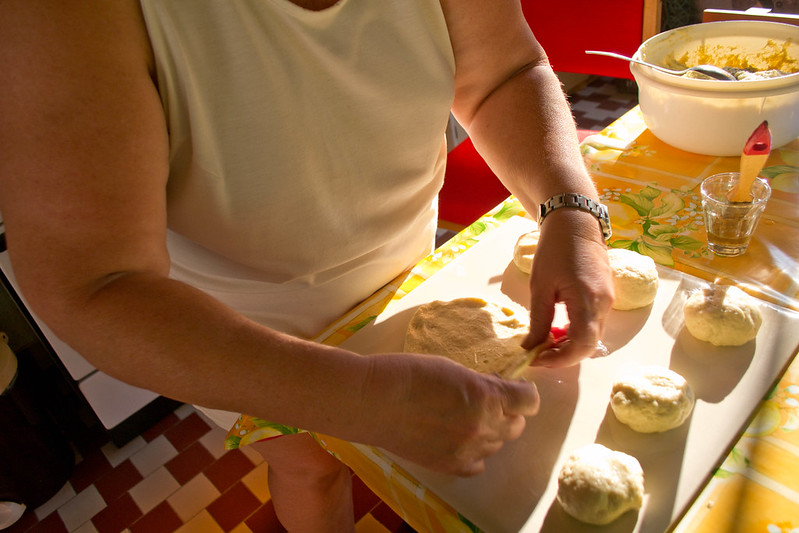 Those two days of learning how to cook, eating amazing homemade food, and enjoying great company are easily one of my favourite memories of living abroad and of food in general.

What is your favourite food memory?