You are here: Home / Destinations / Asia / A Wander Down Dotonburi – Osaka’s Street of Giant Food
Some posts on this site contain affiliate links, meaning if you book or buy something through one of these links, I may earn a small commission (at no extra cost to you!). You can read my full disclosure policy here.

I was only in Osaka for a very quick couple of hours. Aside from visiting Osaka Castle, there wasn’t really too much that interested me in Osaka. I did get a chance to meet up with Anna and her boyfriend from Slightly Astray again. They were using Osaka as their base during their time in Japan.

Such a busy place!

We met up for lunch at one of their favourite places to eat (scroll down, it’s the tsukemen shop) before taking a wander down Dotonbori, a street famous for it street food, bright neon lights and shopping.

This area is definitely the hub of Osaka as there were so many people out eating and shopping. In fact, Airbnb named the area that Dotonburi is in, Chuo-ku, the hottest neighbourhood to visit in 2016. 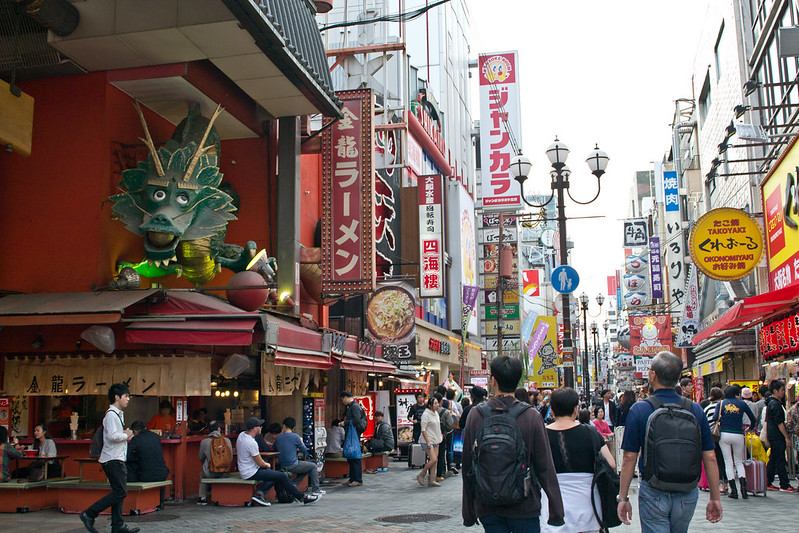 One thing I immediately noticed were all the giant food decorations above shops on the street. They gave you a very clear idea of what was being sold in the shop below. One we saw frequently was a giant crab. Naturally, the shop specializes in crab. Called Kani Doraku, people flock here for a taste of their crab and is first in a chain of restaurants. There are three different locations of this restaurant on Dotonbori street alone. Definitely popular! I’m not the biggest fan of shellfish so there really was no desire for me to try it. 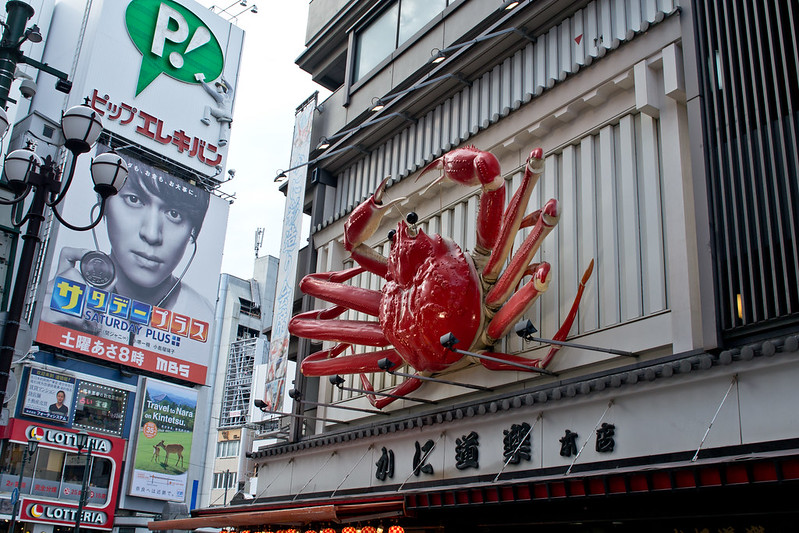 This one even moves!

Gyoza on a building? Yep, you can expect dumplings. 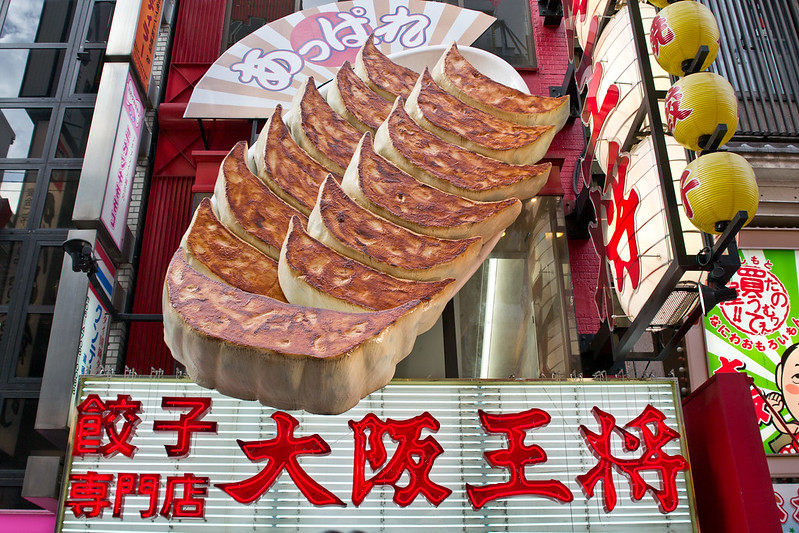 Giant octopus? You can expect takoyaki. 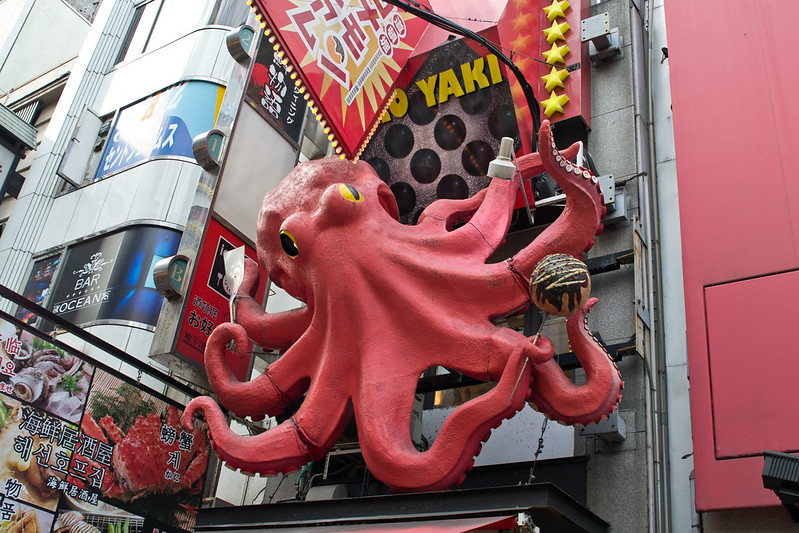 They were everywhere you looked! 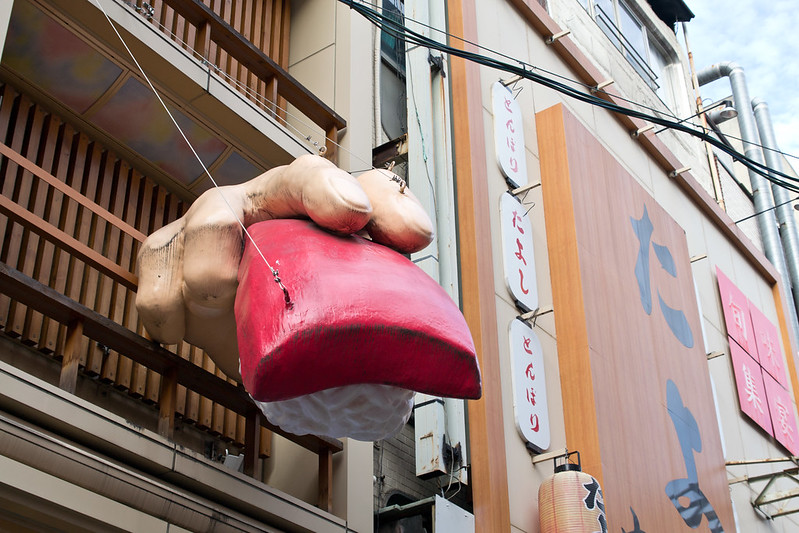 Sushi by the looks of it 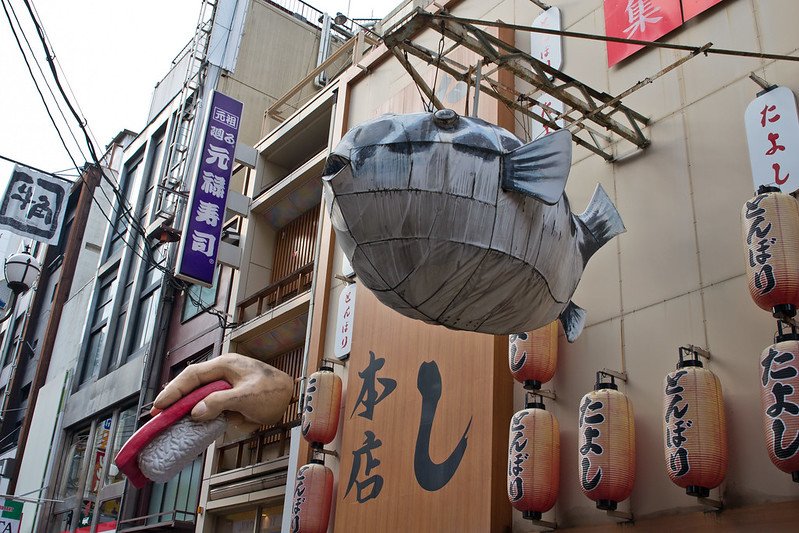 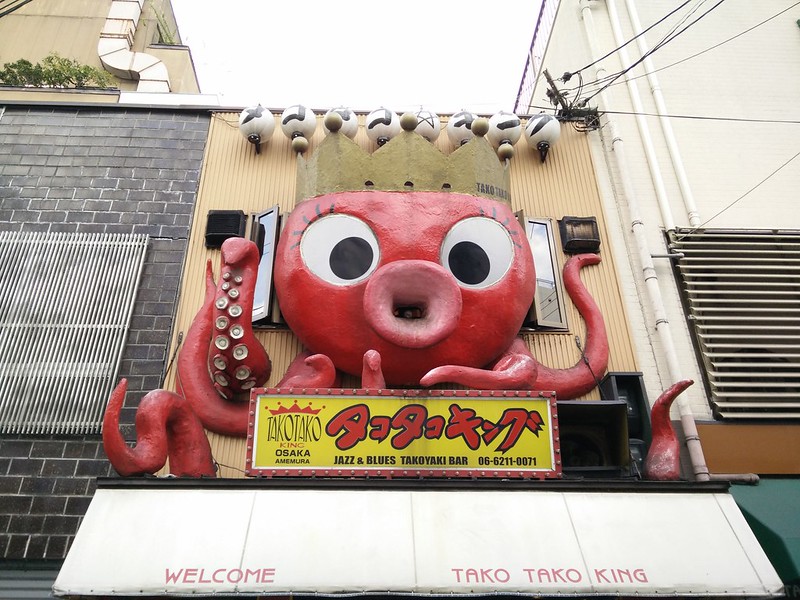 This was a bit away from Dotonburi, but looked so creepy and warrented a photo.

There were so many stalls offering interesting bites, but we were so full from lunch. We did manage to eat one thing that I wanted to try while in Osaka: takoyaki or squid balls. 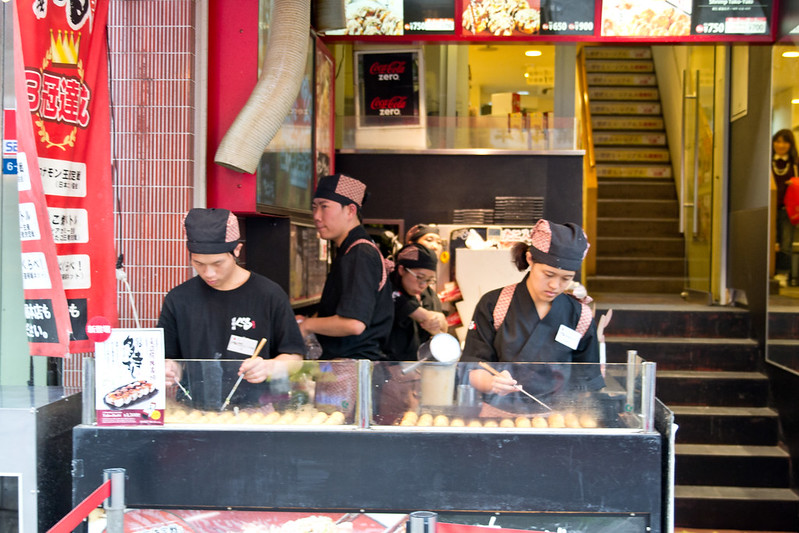 Takoyaki in the making

Considered a specialty of the area, takoyaki is octopus mixed into a batter and cooked into the shape of a ball. It’s then topped with a sauce (similar to Worcestershire sauce with that sweet and sour flavour), mayonnaise, green laver (a type of seaweed) and dried bonito flake shavings. 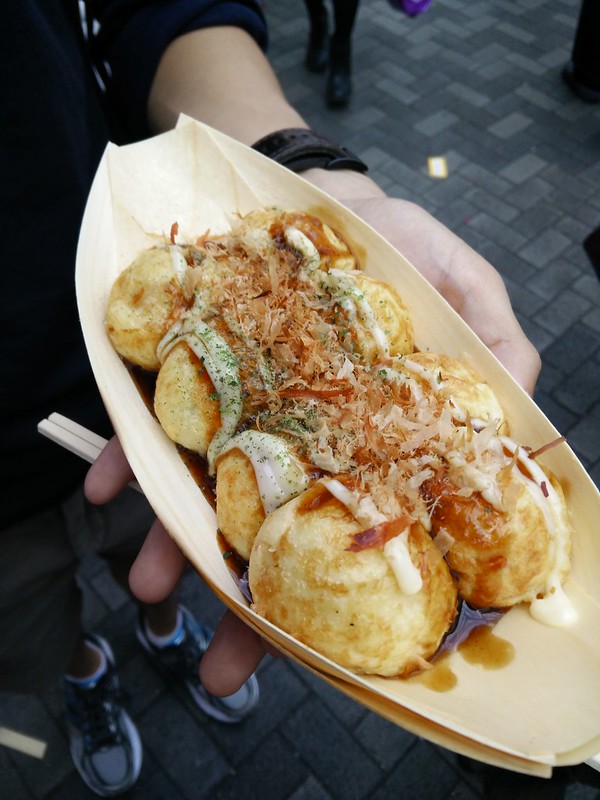 I had takoyaki before and while I know a lot of people love it, I don’t. Especially now that I’ve had it from the source, I have definitely made up my mind. I don’t find the texture appealing at all. Inside is rather mushy and slimy and then you get the chew bits of octopus.

Another famous landmark along Dotonburi street is the Glico man. I grew up eating the many flavours of Pocky and Pretz were some of my favourite snacks (still are!), both of which are manufactured by Glico so I was familiar with the brand, but not necessarily this guy. 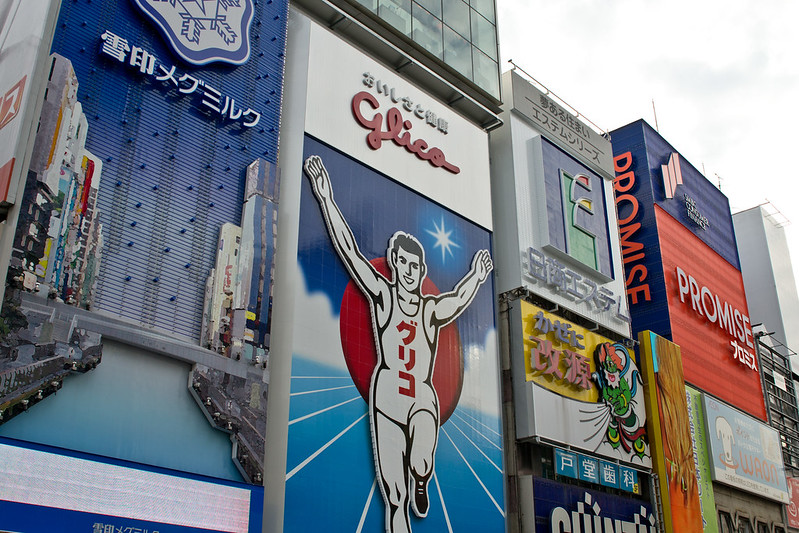 He can be seen from the Ebisu bridge which runs over the Dotonburi canal where you can get a good view of all the signs and billboards in the area. I’m still not too sure what makes the Glico man such a landmark beyond standing out among all the neon lights. 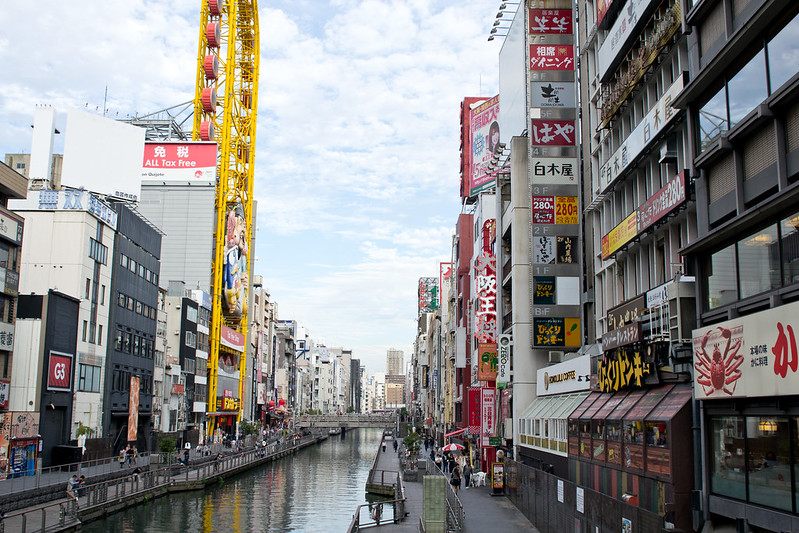 From the couple of hours I spent in Osaka, it felt very much like a smaller version of Tokyo full of neon lights, shops, restaurants and people. After a couple days in quieter Kyoto, it felt really overwhelming from all the things to look at. At the same time, Osaka was really underwhelming compared to all the other places I had been. Maybe I need to spend more time in the city to truly get a feel of it, but who knows?