You are here: Home / Destinations / A City of Warehouses: Exploring Hamburg’s Speicherstadt District
Some posts on this site contain affiliate links, meaning if you book or buy something through one of these links, I may earn a small commission (at no extra cost to you!). You can read my full disclosure policy here.

These days we talk about globalization, how international trade is shaping the world, and, in theory, bringing people together. As we all know, this wasn’t always the case and it was due to trade developments that we have the world that we have today. One such area that aided with the incredible growth of international trade is Hamburg’s Speicherstadt district, which along with the adjacent Kontorhaus district is synonymous with the city’s rise as a trading and port city. 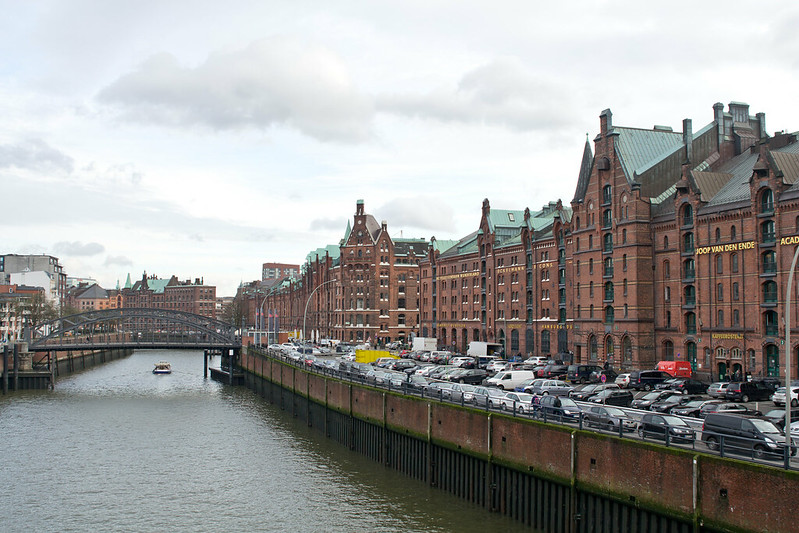 The Speicherstadt literally translates into City of Warehouses and that is exactly what it is. This area stretching 1.5km long was designated a UNESCO World Heritage Site in 2015 due to it being a unique symbol of the rapid international growth of trade in the late 19th and early 20th century. Built between 1883 to 1927, the warehouses stand on oak logs over the water. The warehouses are intersected by canals, known as fleets, allowing boats to access the warehouses depending on the level of the water. 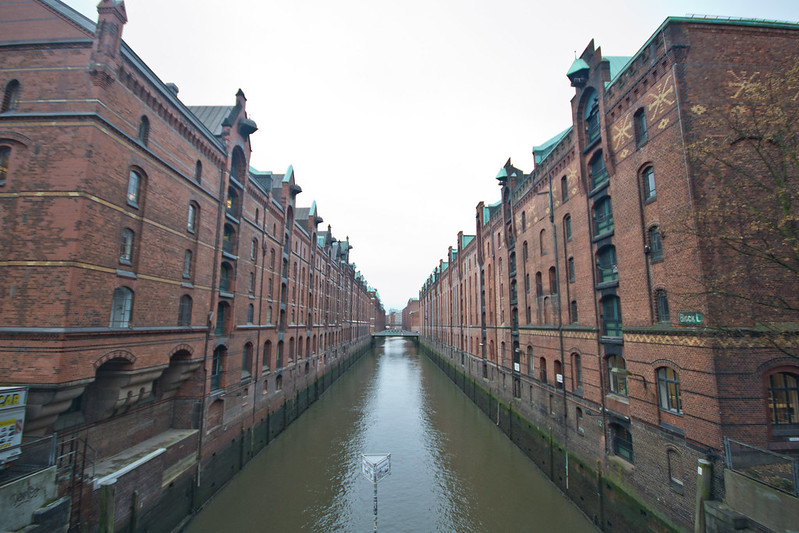 Originally, the area was built as a free zone. An area where people could trade freely without paying taxes. The warehouses were used to store goods such as tea, coffee, and spices as they moved to and from Hamburg’s nearby port. Like many parts of Europe, during World War II, the Speicherstadt suffered damages and about half of the buildings were rebuilt. 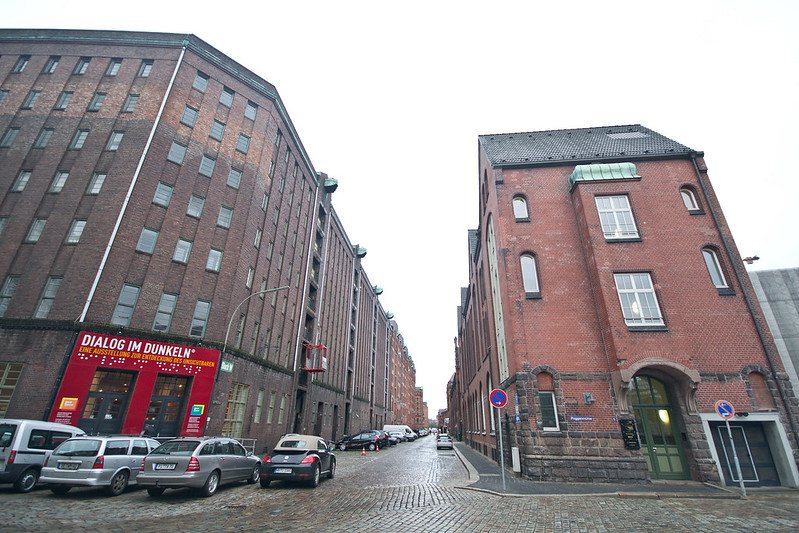 Today, it is one of the largest warehouse complexes in the world and is a major tourist attraction. Even during my off season visit, you can spot many a tourist scoping out the best areas for a photo. Myself included.

The famous photo spot in the area: Wasserschlösschen

There are 15 warehouse blocks in the area and each comes with their own personality. From a distance, they look similar. Each with a red brick facade, blue-green rooftops, small windows all in a perfect line. But if you look closer they each sport intricate designs and decorations that make each warehouse slightly different from its neighbour. 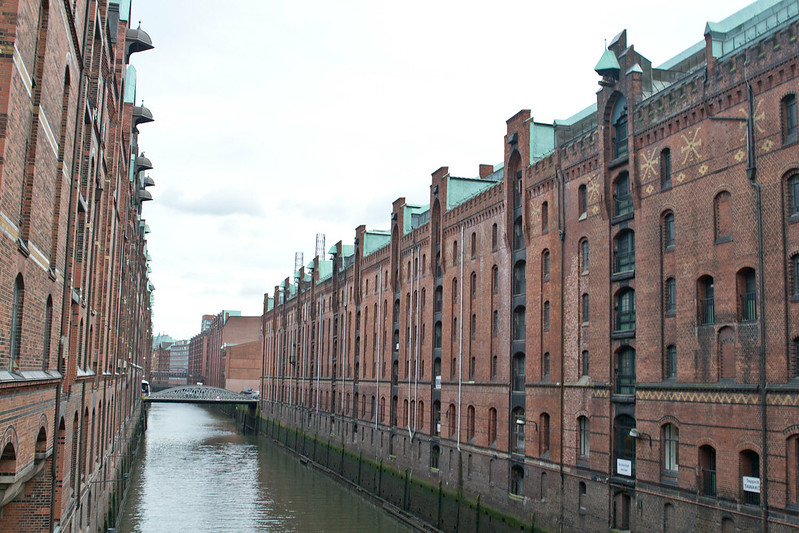 The best way to see them all is just to wander through the warehouses. There are bridges that connect the streets together. Visiting at night is a completely different experience as lights come on and get reflected off the waters of the canals. 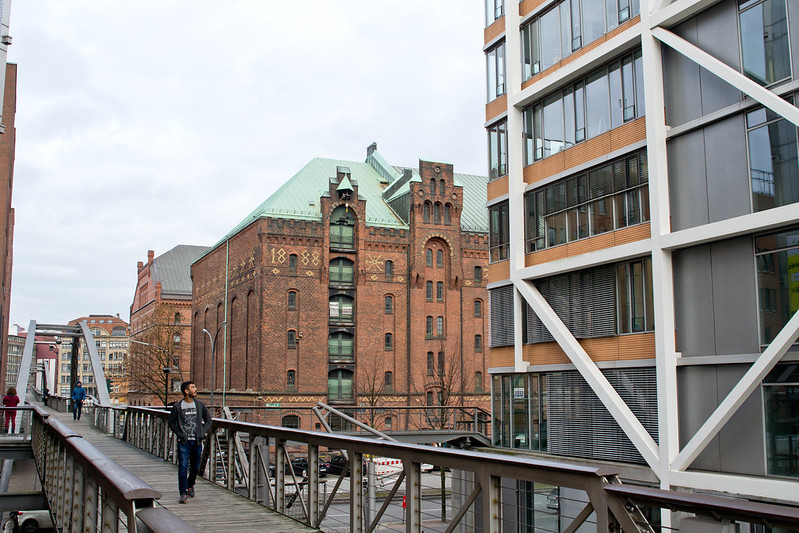 While the beautiful architecture and canals are reason enough to visit, there are a variety of attractions and things to do in the area as well. There are museums dedicated to the area’s history and trade like the Spicy Museum, Customs Museum and the aptly named Speicherstadt Museum with a collection of goods and tools from warehouse companies. 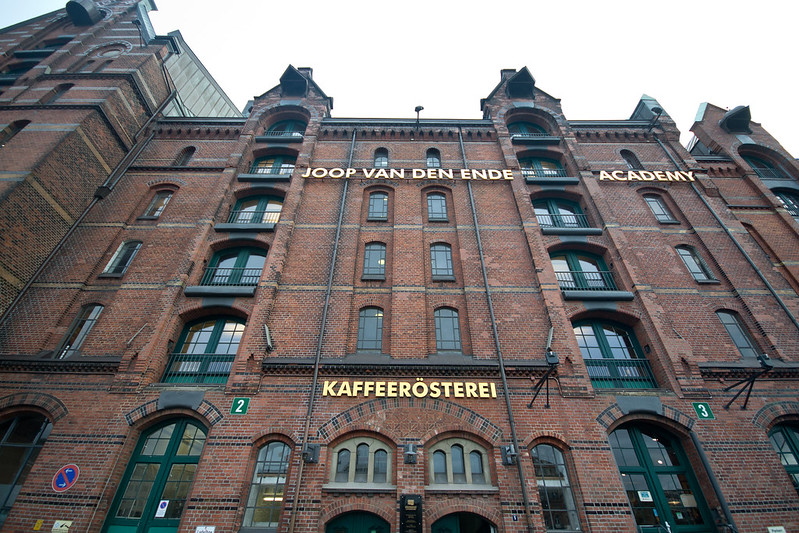 One of my Hamburg highlights, Miniatur Wunderland, is also located in one of the warehouses. If you’re a coffee lover then pop by the Speicherstadt Kaffeerösterei for a freshly brewed cup from this roastery. 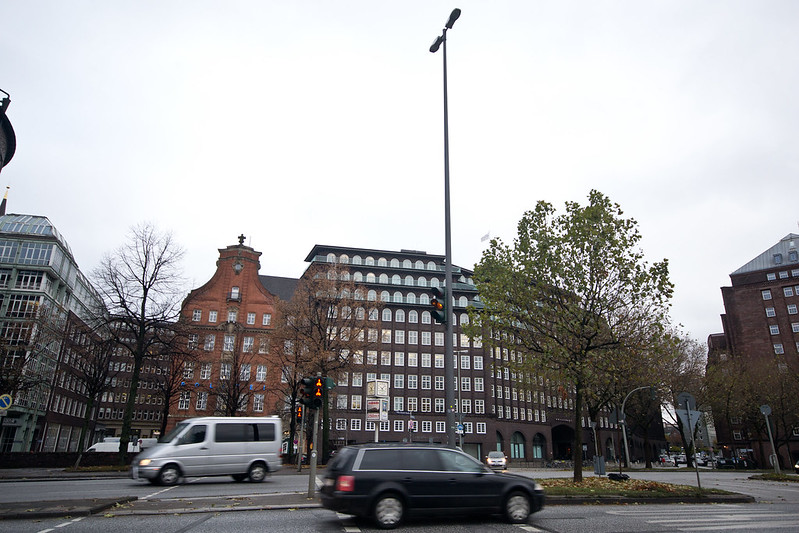 Across the water nearby, you can find the Chilehaus in the Kontorhaus District which was also given UNESCO World Heritage Site status along with the Speicherstadt. The Kontorhaus District features a number of office complexes that were built specifically for the administrative needs of port-related businesses – a concept that was revolutionary in the early 20th century and a first in Europe. 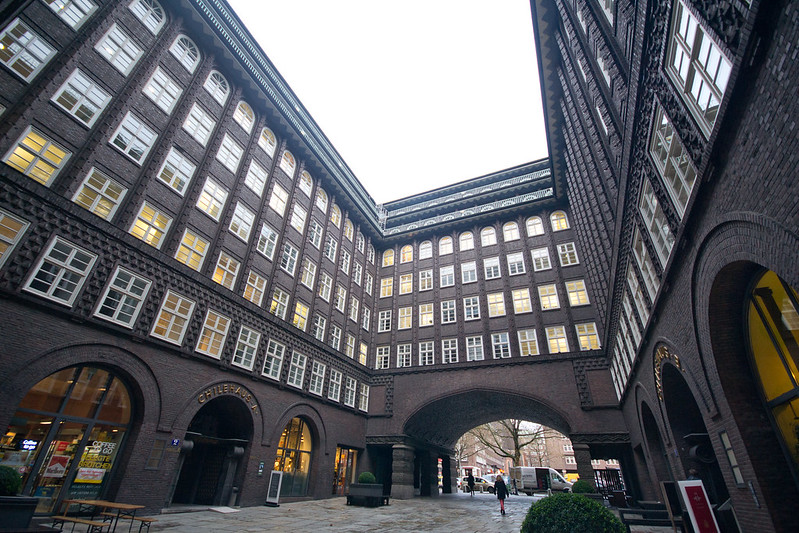 The courtyard of the Chilehaus

The most famous of them all is the Chilehaus which was built in 1922 as one of the first skyscrapers in Hamburg with its eastern tip resembling the prow of a ship. 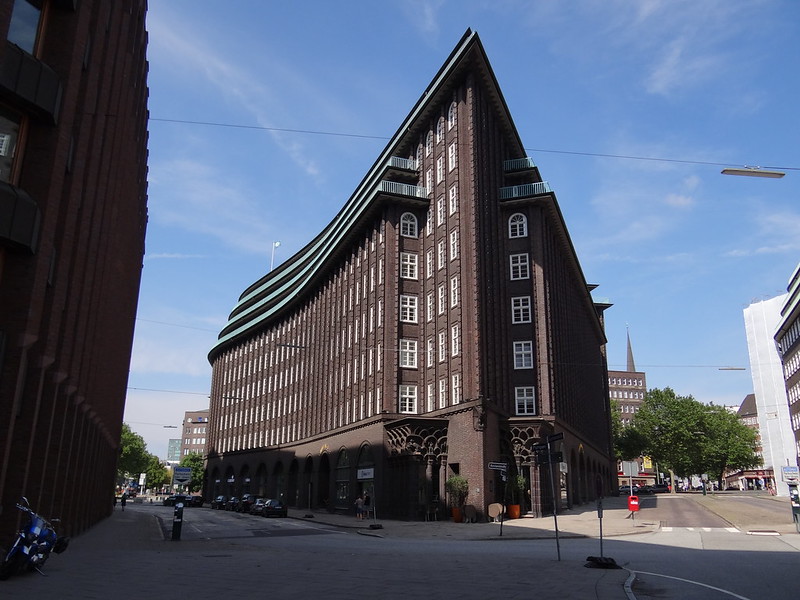 Do you see the point in the building? Photo: Esther Westerveld

While on paper, the idea of looking at a bunch of warehouses and buildings may sound less than thrilling, the Speicherstadt is actually quite interesting and the architecture with the brick buildings and waterways is beautiful. I’d highly suggest carving out an hour or two to wander the district – perhaps in conjunction with your visit to Miniatur Wunderland? – take in the buildings and learn about how this city contributed to the thriving international trade that we enjoy today.

Have you been to Hamburg? What were your favourite parts of the city?

P.S. 7 Free Things To Do in Berlin & 5 Best Day Trips From Berlin