You are here: Home / Destinations / North America / Canada / What is Canadian Food eh?
Some posts on this site contain affiliate links, meaning if you book or buy something through one of these links, I may earn a small commission (at no extra cost to you!). You can read my full disclosure policy here.

I get asked a lot what is there unique to eat in Canada? And my answer, typically if they’re coming to Vancouver is all about the great seafood, lots of Chinese options, amazing sushi and talk about all the authentic ethnic food available.

Then they ask about Canadian food.

Usually, this is a tough question to ask because there isn’t really anything stand out Canadian. We eat much like our southern neighbours, plus all of the cuisines of the world.

So today, I present to you foods that are somewhat Canadian. Foods that have their roots in Canada.

Also, note that Canada is a HUGE place and I haven’t been everywhere. I may be missing things that I don’t know I’m missing so if you of some food item iconic to Canada, let me know in the comments.

This is a west coast item. When I was living in Budapest, my flatmate, who is also Canadian, and I wanted to through a Canada Day party. When I proposed making Nanaimo Bars she had no idea what I was talking about. Soon she saw the light. That sweet delicious light.

Nanaimo Bars hail from, you guessed it, the city of Nanaimo on Vancouver Island. They’re a delicious concoction of chocolate, custard, nuts and a brownie / cookie crumble. Most places make it extraordinarily sweet so a small piece goes a long way. 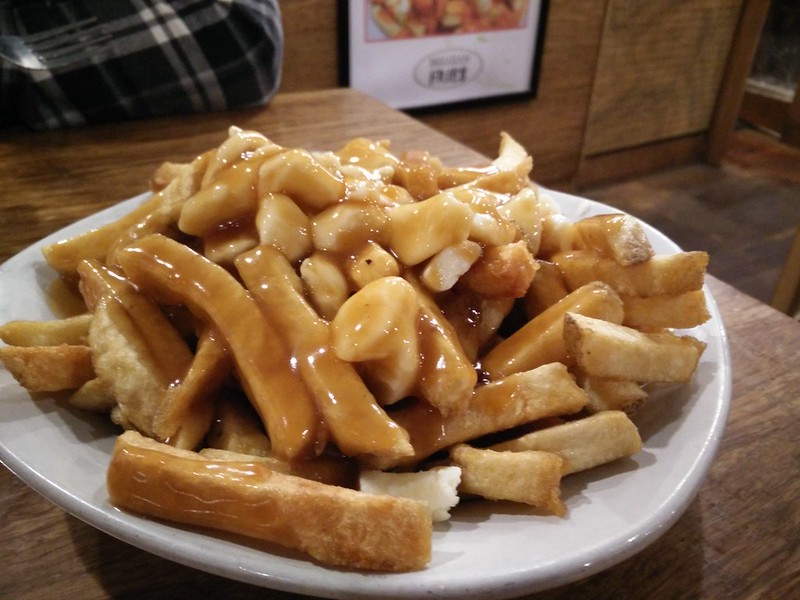 While this dish may look and sound unappetizing, one bite and you’ll be in heaven. What’s not to love? Crispy fries smothered in gravy and melted cheese curds. Do the cheese curds right and they’ll even squeak in your mouth.

Poutine originated in Quebec, the French-speaking part of Canada. The name poutine is French slang for “a mess” which is exactly what you get on a plate. Beyond the classic version, you can get other items layered onto your poutine like bacon or Montreal-styled smoked meat and even luxurious items like caviar and truffle. It’s a great snack after a night out, but you might want to share this gluttonous treat. 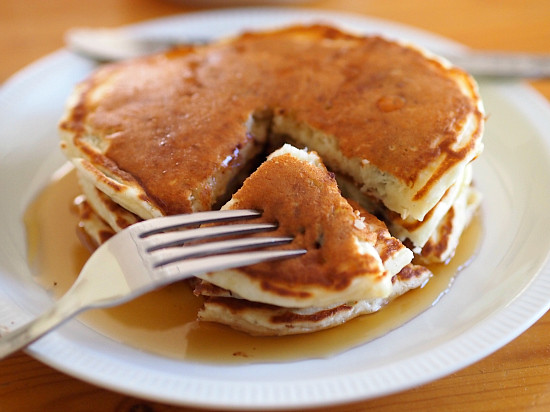 Secret: I actually don’t really like maple syrup. Most people are just shocked that I’m shattering a Canadian stereotype. How can a Canadian not like maple syrup?! As crazy as it sounds, I find it overly sweet and I much prefer a savoury breakfast over a sweet on.

That said, this sticky morning staple is synonymous with Canada. with 80% of the world’s maple syrup made in Canada and 91% of that made in the province of Quebec alone. It’s such a serious part of our economy that we even have a maple syrup reserve which made international headlines when thieves broke in and stole $18 million worth of syrup a couple years ago.

This is a classic gift whenever I go traveling and everyone I know that comes visit will always pick up a bottle or two to take home with them. For most, breakfast is not the same without dousing your waffles or pancakes in a healthy layer of maple syrup. 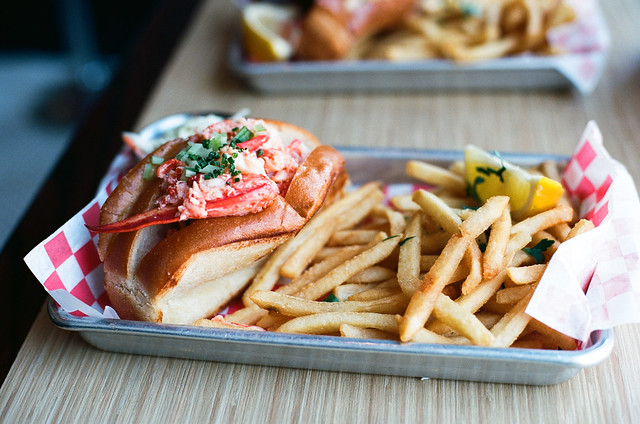 Canadian yes, but it’s pretty tough to find a decent lobster roll on the West coast. Lobster is all the rage in the Maritimes though, so much so that a fellow blogger attempted to seek out the best one in Halifax, Nova Scotia. A lobster roll is a sandwich made from butter lobster and served on a hot dog bun or something similar. There are many variations across the different regions and they’re usually served with potato chips or French fries. While you can also get lobster rolls throughout New England in the USA It is so ubiquitous that McDonald’s in Canada offers one on their menu in certain regions and is slowly expanding it across the country.

Most people have heard of Bloody Mary’s right? But have you heard of the Bloody Caesar? Commonly called a Caesar around these parts, this alcoholic drink is pretty iconic to Canada. Virtually nowhere else outside Canada can you find it, unless you’re living close to the Canadian border.

Originally developed in Calgary, Alberta, a Caesar starts off similar to the Bloody Mary: vodka, hot sauce, Worcestershire sauce all served in a tall glass with a celery salt rimmed glass. And then you add the Clamato juice. Yes, Clamato, not tomato. Clamato juice is a mix of tomato juice and clam juice. The result is a spicier and less thick drink. No, it’s not gross and you can’t taste the clam at all. I was skeptical at first, but after having a few of these drinks, I’ve grown quite fond of them.

Okay, technically not a food item per say, but Tim Hortons is pretty synonymous with Canada (even though it was  recently bought by Burger King and is now American). While the coffee is okay at best, and the doughnuts are decent, you can’t get more Canadian than walking up to the till and ordering a double-double (that is 2 sugar, 2 cream) with a maple glazed doughnut.

So there you have it. Foods that are somewhat symbolic of Canada. There really isn’t much that is truly Canadian. Our food reflects our culture of multiculturalism, borrowing the best from other countries and cultures. Especially in Vancouver where it is so easy to find great ethnic food.

Have you tried any of these? Which would you like to try?