You are here: Home / Destinations / Europe / Bulgaria / Bulgaria – The Hidden Treasure of Europe
Some posts on this site contain affiliate links, meaning if you book or buy something through one of these links, I may earn a small commission (at no extra cost to you!). You can read my full disclosure policy here.

You might have heard about Bulgaria, some have visited, some only know where it is on a map. However, most people know nothing of the natural treasures, culture, traditions, history and important places in Bulgaria. 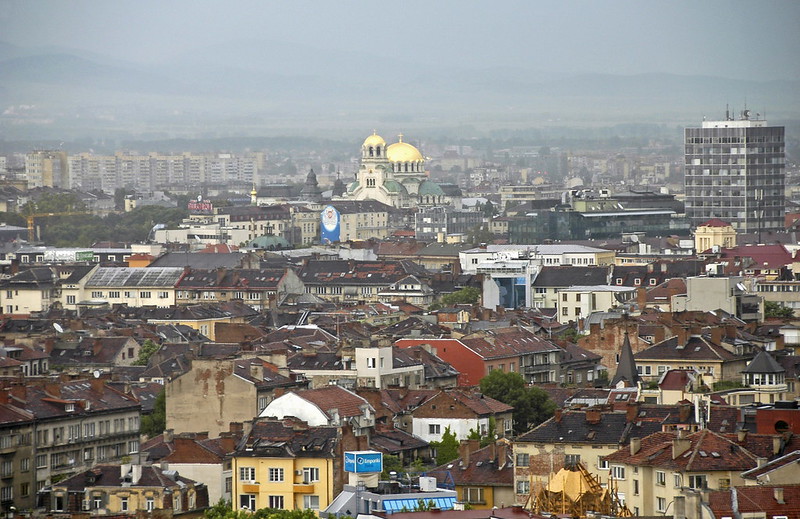 Sofia from above (Photo: Hans Porochelt)

Bulgaria a small country in Eastern Europe bordered by the Black Sea on the east, the majestic mountains of Rila, Pirin and Rhodope in the south, and the great Balkan Mountains – Stara Planina, in the middle and the vast Danubian Plain in the north. 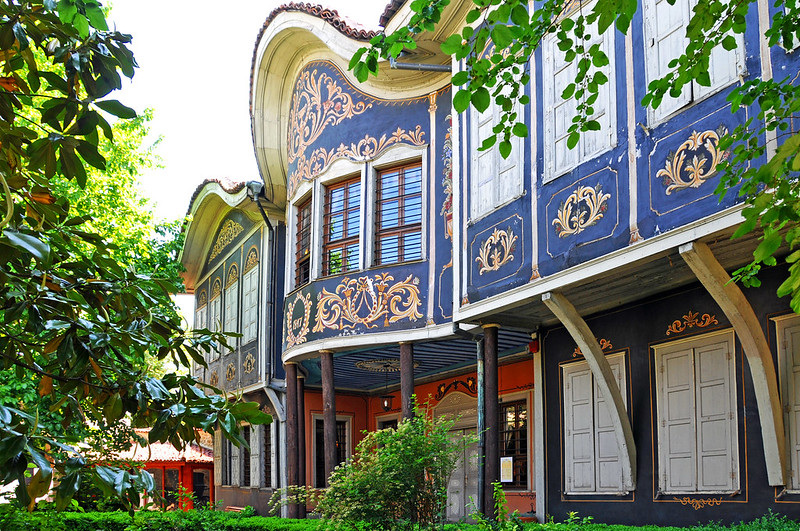 From the golden beaches on the Black Sea to Musala, the highest peak in the Balkan Peninsula, to the forests and valleys of the country, Bulgaria is a piece of heaven. Traditions, customs, and cuisine also changes from region to region. It is all very colorful, cheerful, magical and fascinating. To give you a glimpse of Bulgarian cities, monuments, and nature, I have put together a week of travel and adventure suggestions in Bulgaria for the first time visitor.

First stop is the capital of Bulgaria and one of the oldest in Europe. Sofia is easily reachable by plane, buses and trains from all around the world. Sofia has a rich history of nearly 7000 years, making it the second oldest city in Europe. The city is beautiful and vibrant, rich in cultural, historical, and traditional sights.

A must see sight in Sofia is the Cathedral Saint Alexandar Nevski a city icon. Its golden dome can be seen rising above the city. Other important religious temples in the city worth exploring include the Saint Sofia Church, the second oldest church in Sofia dating back to the 6th century,  the Russian Church, a Russian Orthodox Church, the Church of St. George, the oldest church built by Romains in the 4th century, the Saint Nedelja Church, a medieval church, the Sveta Petka Samardjiyska. a medieval Bulgarian Orthodox church and the Central Sofia Synagogue, the largest synagogue in Southeastern Europe and third largest in Europe.

Other noteworthy sights include the National Institute of Archaeology with Museum, the Ivan Vazov National Theatre, the oldest and most authoritative theatre in the country and one of the important landmarks of Sofia, and the Monument to the Unknown Warrior, commemorating the hundreds of thousands of Bulgarian soldiers who died in wars defending their homeland.

Be sure to try the national cuisine in some of the best traditional restaurants in the country. My recommendations are Hadjidraganovitekashti, Restaurant Shtastliveca, Chevermeto – Traditional Bulgarian Restaurant, and Restaurant Vodenitzata for a taste of Bulgaria.

One of the best-known sights and monasteries in Bulgaria is The Monastery of Saint Ivan of Rila. Also known as the Rila Monastery, it is located 117 km (72ml) from Sofia in the Rilska River valley. Founded in the 10th century, the monastery is considered to be of cultural, historical and architectural importance and was included as a UNESCO World Heritage Site in 1983.

The intricate frescos are vibrant beautiful to look at. You can feel a strong spiritual presence in the air during your visit leaving you calm and at peace. The Monastery accepts overnight guests, so consider a night of peaceful sleep in the mountains.

Time to spend: 1 day with time to drive from Sofia

The Seven Rila Lakes are a group of glacial lakes located in the southwest of the country. Each successive lake is at a higher elevation than the previous, and they’re all connected by streams and waterfalls. The beauty of the area can’t be described, it needs to be visited; the landscape speaks for itself.

The best time to visit is in the summer when temperatures are warmer and there is a lower risk of sudden storms. Usually, a visit to the lakes can be done as a one-day hiking trip, however, accommodation nearby can be found.

Time to spend: At least one day

Plovdiv is one of the oldest cities in Bulgaria and Europe. In its history, the city has had many names – Eumolpia, Puldin, Trimontium, Philippopolis. There are many ancient sights to explore and in combination with the city’s charming small cobbled streets, wooden houses and ancient monuments, Plovdiv is an interesting destination for any visitor.

Start by exploring the city’s Old Town. It is a very well kept complex. It is not big and tourists can easily walk through different historical periods from ancient buildings to the more modern life. Especially of note is the Roman Theater built in the 2nd century AD. It is one of the best preserved ancient theaters in the world and it is still in use today. The Ancient Stadium Of Philipopolis is worth exploring. This stadium is one of the largest constructions from the time of the Ancient Rome in the Balkan Peninsula. It was built in the beginning of 2nd century AD with approximately 30 000 seats for spectators.

Other sites to explore are the Dzhumaya Mosque, built in 1363-1364 during the reign of Sultan Murad II, and the Ethnographic Museum. The house that the museum is in was built in 1847 by ArgirKuyumdzhioglu and the museum has stood there since 1938.

Of course there are many traditional restaurants in the region which should not be missed. My recommendations are Megdana, Chuchura, and Restaurant Philippopolis.

Bulgaria is a country rich in history and culture and this basic itinerary will allow you to see the highlights of the country. You’ll get an understanding of Bulgarian history, culture, and traditions. That said, there are many more places and regions of interest that should be considered. With centuries-long history, well-preserved monuments from different epochs, adventurous paths through the mountains and beautiful beaches, Bulgaria has something for every taste.

Have you been to Bulgaria? What areas did you explore?

A Bulgarian living abroad with a lot of free time to bake, cook, read and listen to music. I love to travel and discover new things, learning something new every single day. I am a vegetarian and love to try new recipes. I enjoy spending time with my friends and just be silly with them. Follow along on my adventures on my Instagram and on my blog, Coziness with Lilloo.