You are here: Home / Inspiration / Memorable Moments of 2015 – The Best and Worst of My Travels
Some posts on this site contain affiliate links, meaning if you book or buy something through one of these links, I may earn a small commission (at no extra cost to you!). You can read my full disclosure policy here.

2015 was an epic year of travel for this part-time traveller. Between work and changing jobs, I managed to go on many trips near and far. This year was a bit unusual as I was changing jobs which allowed me to get in an extra trip or two that I otherwise wouldn’t be able to with my vacation time.

I started the year off with a short family trip down to Portland, followed by a long weekend trip to San Francisco and a weekend disconnecting in Tofino. The late spring, early summer months were filled with travel as I went to New York, Boston, Chicago and Milwaukee all within a span of a few weeks. That’s a lot of travel for a part time traveller! Over the summer, I hung out in the Okanagan for a weekend and drove down to Seattle as well. The year culminated with a 12-day adventure around Japan.

I am very aware that I have had a fortunate year which allowed me to see and do so much in the world. I am incredibly grateful for the lifestyle I’ve been able to build allowing me to work while maintaining a life of travel.

The Best of Travel

I’ve had such a good year in travel which leaves me in a fortunate position of trying to decide among the best of all the good. Nevertheless, these are the moments that stand out this year:

The Bloggers of Bloghouse 2015 // Photo: Lisa Lubin of LLWorldTour

I had such a great time at Bloghouse 2015 where I met some really awesome people doing really interesting things as they travel and blog about it. It was a lot of fun exploring Milwaukee, a city that I otherwise wouldn’t have visited. The highlight was definitely meeting all the people. 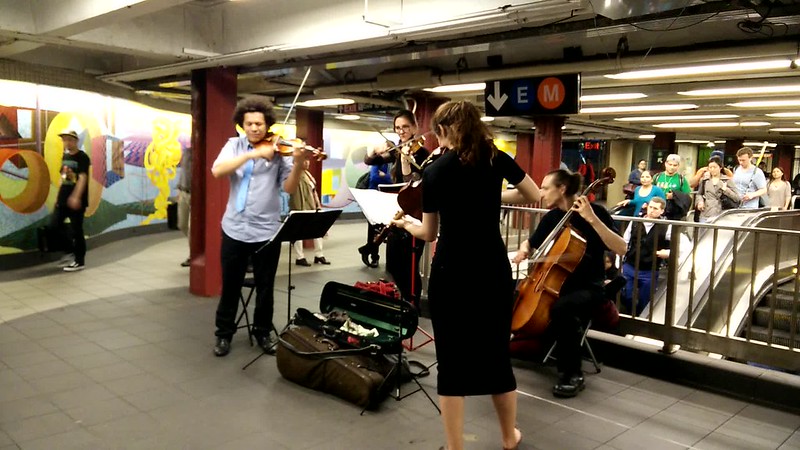 Stumbling upon this quartet in the New York subway just made my day. I love random moments of music, especially when it’s good music like these guys.

Learning how to fly

So this happened today: I learned to fly! #trapeze #circus #flying #conqueringfears

No not a plane, but on the trapeze! While this isn’t necessarily travel related, I conquered my fears, making it such a highlight of the year, I had to include it. Over the summer, I signed up for a trapeze class with my boyfriend. Over the course of the lesson, I learned how to flip and swing on the trapeze, but nothing prepares you for that first heart dropping moment when you step off the platform for the first time (never mind there being lots of harnesses and a safety net below you). It was such a thrill and I’m really proud of myself for not giving into my fears. I definitely want to do it again at some point!

Spending the day in Nara 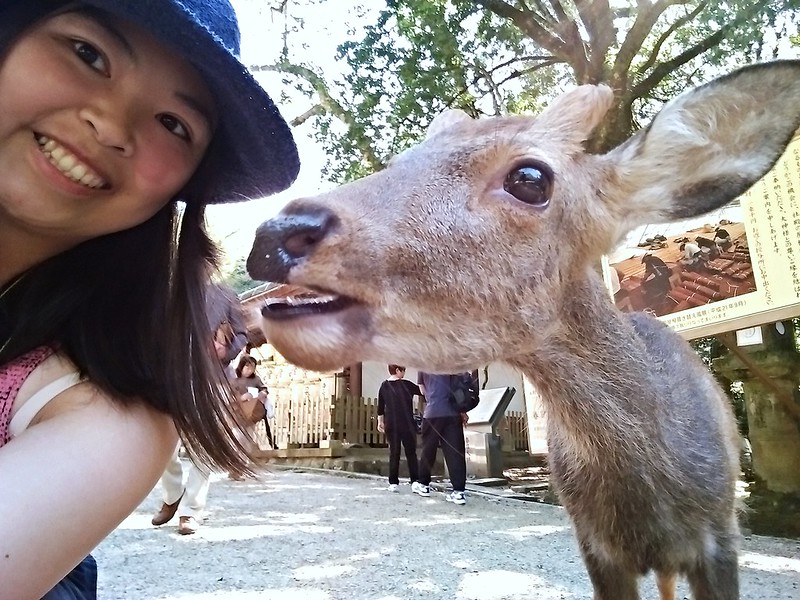 While pretty much all of my time in Japan was a highlight for my year, the day spent in Nara was especially so. It was a slower travel day which I thoroughly enjoyed. Wandering around the park with the free roaming deer was a lot of fun. They could be a bit aggressive, especially when you had food to give out, but it was a very unusual experience. Look for a full post about that day shortly. 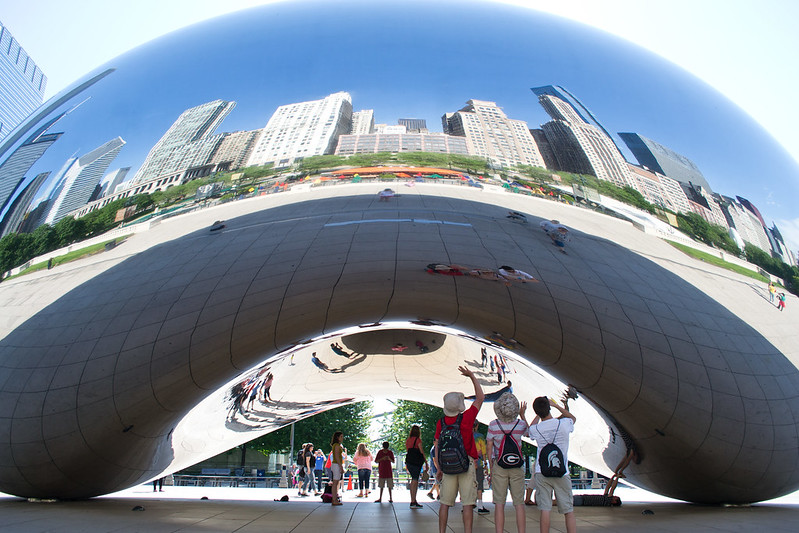 Beaning alone meant no one was around to appreciate my awesome bean puns. Maybe for the better though…

I haven’t traveled alone in a really long time and spending the day alone in Chicago was amazing. Before getting on the plane, I was a bit apprehensive since I haven’t done any solo travel in a couple of years. Once I arrived and started exploring on my own terms, I wish it could have been longer. I forgot how liberating it was to travel alone. I ate what I wanted to eat, did what I wanted to do and when I wanted a nap, I had a nap. Amazing. As much as I love traveling with my friends and boyfriend, nothing beats wandering around on your own every so often.

The Worst of Travel

Travel isn’t always sunshine and daisies. There are definitely low points to go with all the good. Even the most seasoned of travellers are bound to run into difficulties as you explore new places. Delayed planes. Poor planning. Lost items. It’s all a part of the deal. Here are a few major and silly mistakes I made this year: 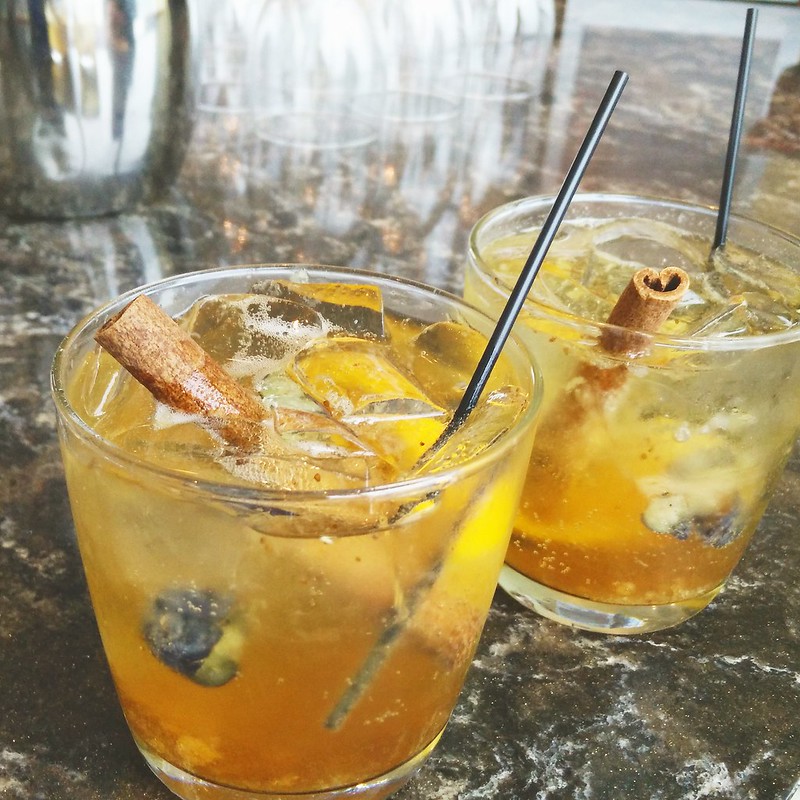 Turns out I quite like Old Fashioneds. Very tasty

I don’t know if I lost it, it fell out of my bag or someone seized an opportunity and nabbed it out of my bag. Regardless, I was pretty hungover after a night out drinking with the Bloghouse crew and somewhere between putting my bag in storage, going to lunch in the casino and grabbing one last drink with Kate of Adventurous Kate and Cailin of Travel Yourself, my wallet which contained my US sim cards and $200 of cash disappeared. Thankfully, I had separated a little bit of money and my ID in another wallet, so I still had my license and credit cards. That would have been an even bigger headache. Given how much the Canadian dollar has fallen since, it sure would be nice to still have that $200 but in the big scheme of things, it could have been much worse. I’ll just pretend I gambled it away without the actual fun of gambling.

Getting frustrated with family 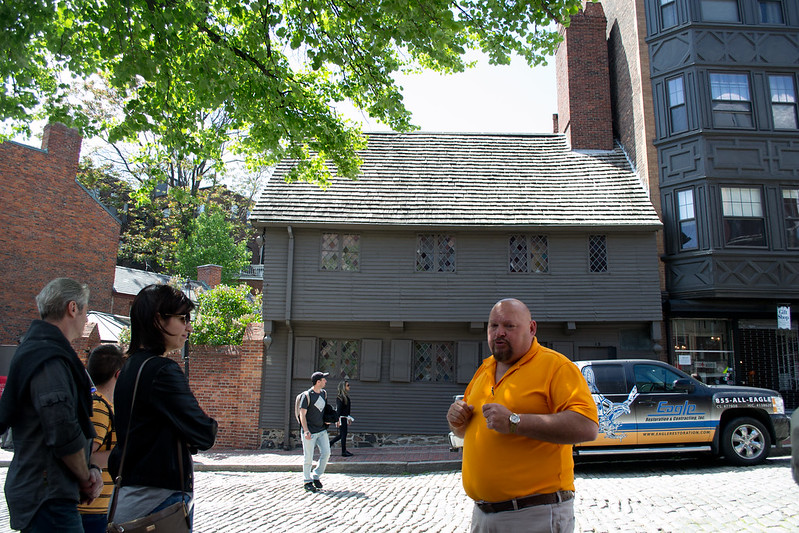 I did manage to drag them along with me on a free walking tour to see the main bits in the North End. Here we’re outside Paul Revere’s house.

For the first time in years, I went on a trip with my family and it definitely didn’t go as planned. We were going to New York to see my brother graduate and then up to Boston to play tourist for a bit. I forgot that it just so happened to be Memorial Day weekend in the US and everything was booked up which resulted in us staying far away from the city. I was frustrated being so far from everything. I was frustrated with not being able to go anywhere without a car. I was frustrated that I wasn’t able to do the things I wanted to do. And I took it out on my family who were probably frustrated by all the same things as well. Traveling with parents as an adult is a completely different experience (one that maybe I’ll write about soon with tips, but it’s a touchy subject). That trip was an exercise in patience and definitely was not one of my prouder moments of the year.

Forgetting the simplest of things for Japan 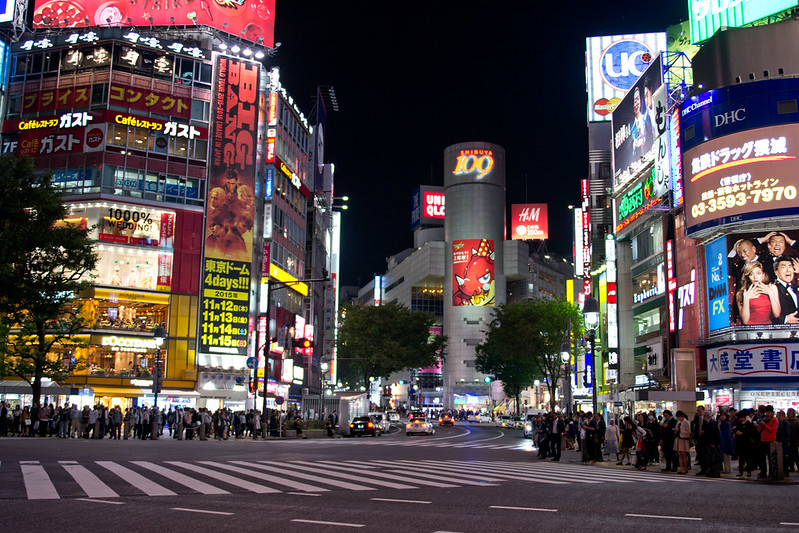 Trying to find an adaptor in an electronics store was like trying to cross Shibuya at night: chaotic, but all right in the end.

Packing for Japan was a bit of a nightmare as I forgot a few important things. I packed poor clothing options for the trip. It ended up being a lot warmer than I anticipated and all the pants I had brought went unused and just took up space in my bag. I forgot to pack an extra SD card for my camera so by the end of the trip I was constantly trying to make room on one card I had.

I had also read that Japan uses the same plugs as North America so my plugs will work without an adaptor. What I didn’t take into account was that a lot of my plugs were three-pronged where there are only two-pronged outlets available in Japan. Cue me going to an electronic store to buy an adaptor. I had even considered bringing my adaptor but, in the end, opted to not take it along. Fail! All this could have been avoided with a bit of proper planning.

Favourite Posts of the Year

In case you missed them, as a wrap-up, here are a few of my favourite posts that I wrote this year:

Most Popular Posts of the Year

No surprises, that my two most popular posts published this year are lists. Everyone just loves them and I can understand why. They make travel planning a lot easier. Otherwise, my popular posts are dominated with adventures in Hong Kong. Here are your favourites:

So there you have it. The best and worst experiences this year through my travels and a roundup of what’s happened on my blog. But where’s the food you may ask? Stay tuned for a post dedicated to all the delicious things I ate this year. Overall, it has been an incredible year and I look forward to the adventures and challenges that 2016 will bring with it.

What have been your highs and lows of 2015? Let me know in the comments below.