You are here: Home / Destinations / An Almost Theft, Beaches and a Fortress: Adventures in Rethymno, Crete
Some posts on this site contain affiliate links, meaning if you book or buy something through one of these links, I may earn a small commission (at no extra cost to you!). You can read my full disclosure policy here.

Rethymno (also known as Rethimno, Rethymnon, Réthymnon, and Rhíthymnos), is a town on the north shore of Crete, situated between Heraklion, the island’s capital, and the old Venetian port town of Chania.  The city itself is very quaint and the streets were very nice and atmospheric. I loved the crowded balconies overlooking the streets, overflowing with flowers and vegetation.

Is this not gorgeous?

Much of the city was built by the Venetians, and is one of the best preserved old towns on Crete. The town still maintains its old aristocratic appearance, with buildings dating back to the the 16th century. The arched doorways, stone staircases, Byzantine and Hellenic-Roman remains, and narrow streets were very picturesque.

Getting some water from the famous Rimondi Fountain – a water source for Rethymno since 1626.

A Brush With Theft

On our first night in the town, we went to a local beach that was relatively quiet, but turned into quite the adventure. The day was hot – over 30 degrees for sure – and we were at the beach close to sunset. The water was still fairly warm when we went in. While standing in the water, I suddenly felt a nip at my heel. At first I thought it was some sort of rock brushing up against me. But then it happened again and again. The Boy thought I was making it up, but then he felt something on his foot too. Eventually we realized that in the water were a number of very tiny fish swimming around and if you stood still for too long, they would come and nip at you.

After swimming around, we headed back to our towel for some reading when an older lady came up to us, asking us to look over her bag which was fine. After her swim, she came back and grabbed her bag back. But she must have gone back into the water later, because she came back to us asking if we have seen her bag, which we hadn’t. Someone must have come and taken it from the beach – we were only a couple meters away. Just out of direct eyesight when reading, but still very close. Talk about the audacity of the thief! Just walked right up and grabbed. How would they know that we wouldn’t have looked up at that moment and seen them do it.

In any case, we helped her look for her bag, but nothing turned up. In the end, she gave up trying to look and left. I still can’t believe that this happened while I was only a couple meters away. I feel slightly guilty that I hadn’t been paying attention. I didn’t even know she had gone back into the water. Ever scarier, was if that had happened 30 minutes earlier, it could have been our stuff.

We spent the rest of our time in Rethymno enjoying the sand and sun and wandering the town at night. The beaches were crowded and the sand hot. I’ve never been a big fan of sitting on a beach for a whole day and I can’t say I enjoyed it. At least the water felt nice and it didn’t have tiny fishes nipping at your heels.

Narrow streets, lots of sun and no breeze makes for a hot day.

The way the streets were designed were very conductive to spreading the cooler air coming off the ocean. There were lots of dead ends and corners so there was no cool breeze in the town. It was really hot! Unbearably so. As a testament to how hot it was, I hardly took my camera out as I didn’t want to carry it. I barely have any pictures of the town.

Harbour and Fortress of Rethymno

The town has a venetian harbour like Chania, but this one was not as pretty. It was little more than a pile of rocks that jutted out into the water. 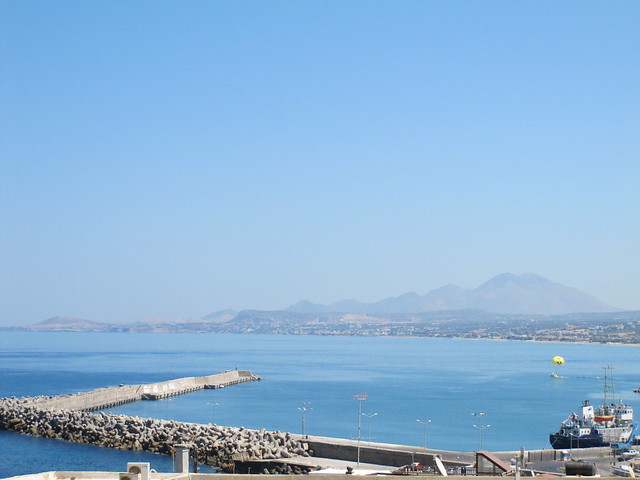 On one side of the port was the Fortress of Rethymno which we explored on our last day. Like the city itself, there is really not all that much to see of the fortress. Most of it has fallen into disrepair. However, it is one of the best preserved castles on Crete. 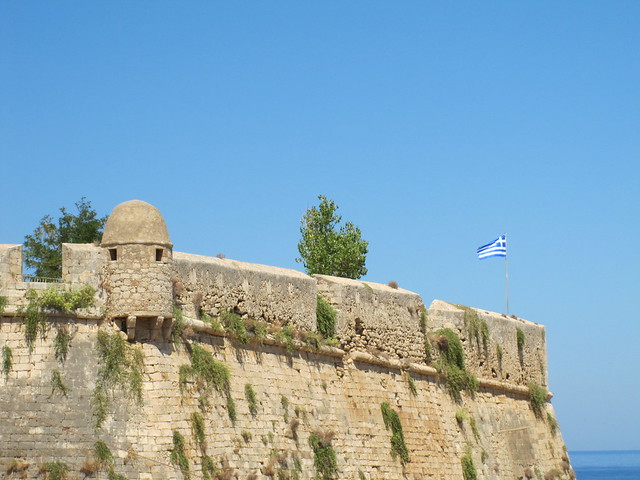 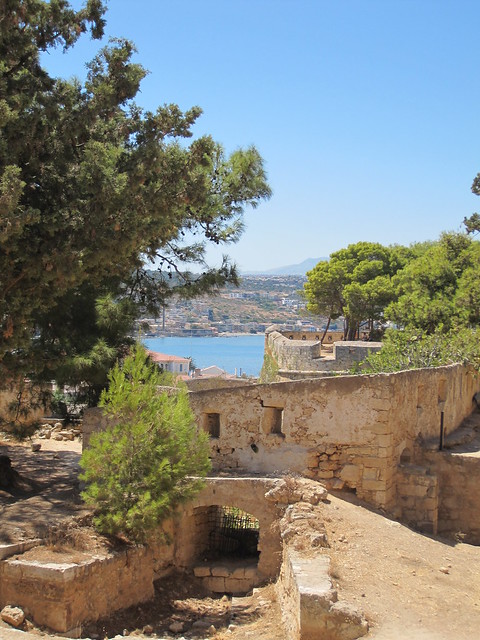 The fortress does offer a great view of the city and the water though. Rewarding after climbing up the hill under the heat. 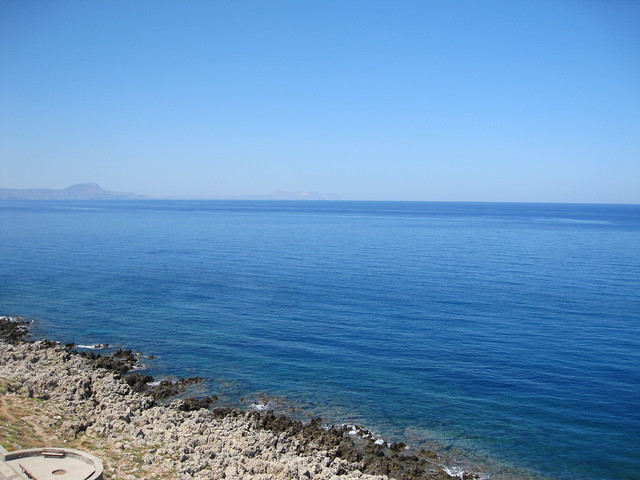 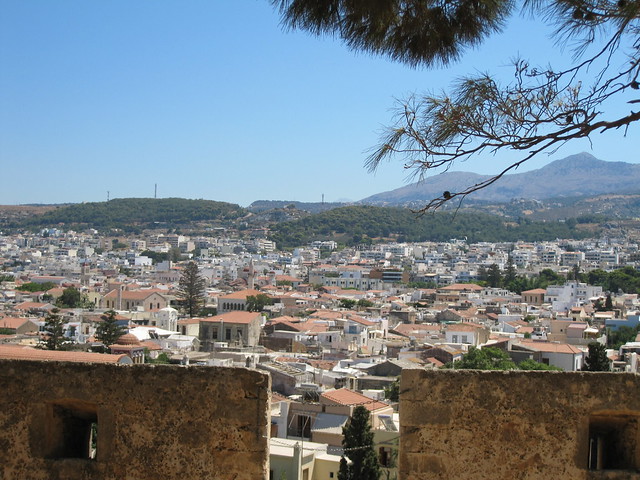 When it came time to leave the city, I was more than happy to go. Perhaps if I had gone when it was cooler, I wouldn’t have such a negative feeling towards the city. The strongest memory I have of my time in Rethymno is of my suffering because it was just too hot. While it had its charm, I felt it was overrun with tourists and didn’t have the beauty of Chania, despite it being one of the more preserved cities on the island.

Have you been to Rethymno before? Did you feel it was too touristy? Do I need to go back when it’s not as hot?

This post is linked up to #TravelTuesday with Bonnie Rose.