You are here: Home / Destinations / 7 Free Things To Do in Vancouver
Some posts on this site contain affiliate links, meaning if you book or buy something through one of these links, I may earn a small commission (at no extra cost to you!). You can read my full disclosure policy here.

During the summer months, there is an influx of tourists on the streets of Vancouver, out exploring this beautiful city I get to call home. To live in Vancouver can be expensive, especially as housing costs continue to rise; to visit Vancouver can be equally pricey. Summer is the best time to take advantage of all the free things to do in Vancouver as many take place outside. However, there is plenty to do in the city for free regardless of when you come. Here are my favourite 7 free things to do in Vancouver for any local or visitor: 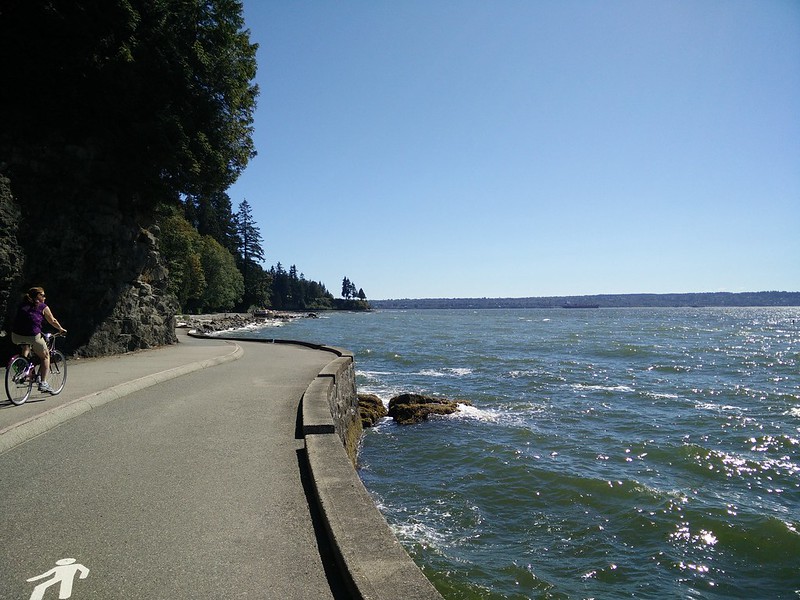 One way to really appreciate the great outdoors in Vancouver is by taking a walk along the Stanley Park Seawall. At approximately 9 km around, it can be a full day’s adventure especially if you stop along the way. All around the views are amazing whether you’re looking at the North Shore mountains, the Lions Gate bridge or across English Bay to the rest of Vancouver. Beyond the seawall, the rest of Stanley Park is fantastic to explore as well.

Everyone hears about the Capilano Suspension bridge as a thing to do while in Vancouver, but what you don’t hear about is the free suspension bridge down the road. Lynn Canyon is not only home to a suspension bridge, there are also plenty of (easy) hiking trails and natural swimming pools.

Read more: Into the Canyon, Lynn Canyon That Is

This is Vancouver’s version of the free walking tour which is tips based. They offer a number of locations: Downtown and Waterfront, Granville Street and Gastown, Chinatown and even the aforementioned Granville Island. Tours can run between an hour to two depending on the neighbourhood during the summer months (April – October generally). The tours combine points of interest with history and quirky facts and stories.

Granville Island is home to a number of artist studios, delicious restaurants, and a fantastic public market. You can wander through the studios and see artists at work. There are usually street entertainers dotted throughout the island that you can watch or listen to as well. 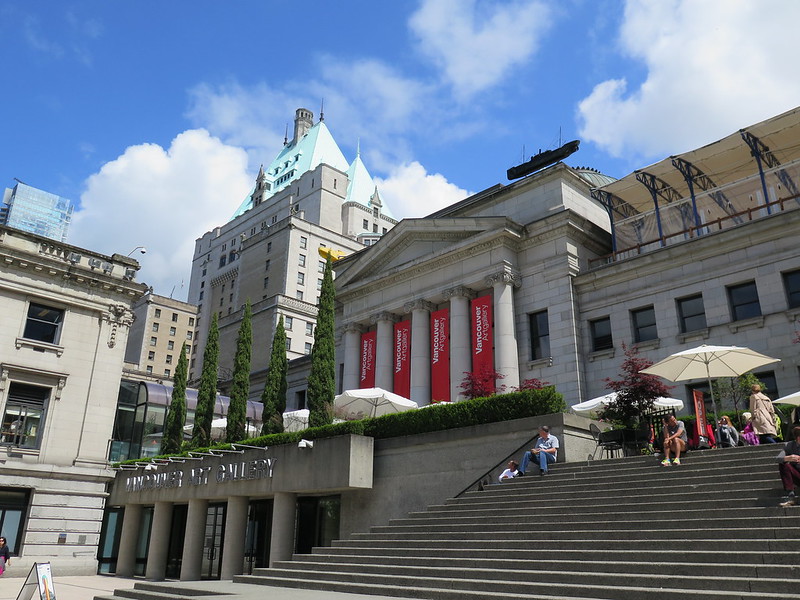 On Tuesday evenings from 5 – 9 pm, entry is by donation and is a great way to get out of the rain in the winter months. If you’re visiting in the summer, be sure to get there early as a long line generally forms. While the Vancouver Art Gallery can’t be compared to world-famous museums like the Louvre or the MET, it does feature a large collection of art from this region of the world and other Canadian artists. They also get a lot of interesting visiting exhibits. I previously went while there was a collection of European art on display and prior to that, they featured a collection by author Douglas Copeland. Not to mention, a visit to the art gallery gets you inside the beautiful building that it is housed in. Designed by the same architect who did the British Columbia Parliament Buildings and the Empress Hotel in Victoria, the building was once the main courthouse in Vancouver.

Go to the beach

Walk westward from any point in Vancouver and you’re likely to hit a beach at some point. Vancouver has the unique position of being along the Pacific Ocean, but with Vancouver Island offering some protection, doesn’t get the intense waves and fog that can be found in Tofino or along the Oregon Coast. On a hot summer’s day, there is nothing better than heading to the local beach for a day of fun in the sun. There are a number available depending if you’re after the family friendly atmosphere of English Bay and Kitsilano Beach or a more adult environment of Wreck Beach where clothing is optional.

Read more: Being a Beach Bum in Vancouver

What do the movies Deadpool, Juno, The Interview, and 50 Shades of Grey have in common? They were all filmed in Vancouver! Occasionally called Hollywood North, Vancouver has played the backdrop for many blockbuster films (but oddly enough, it rarely plays itself). At any given time, there are a number of movies being filmed in the city. To help track down what is being filmed at any time, there is this official list and an unofficial blog with more details.

So there you have it, a handful of free things to do in Vancouver in any season. Even if it rains, that’s no excuse to not pull on a pair of boots and get outside like Vancouverites.

Have you been to Vancouver? If so, what did you do? Did I miss anything?

Pin It for Later:

« A Capital Adventure: From Tallahassee to Atlanta
6 Things That Surprised Me About Winnipeg (and One That Didn’t) »