You are here: Home / Destinations / 7 Free Things To Do in Boston
Some posts on this site contain affiliate links, meaning if you book or buy something through one of these links, I may earn a small commission (at no extra cost to you!). You can read my full disclosure policy here.

Boston, full of history and interesting sites, is a great city for walking. Almost, European-esque, visitors to the centre wander through twisty, narrow, cobblestone streets, with brick buildings towering above. Further afield, the modern city comes to life with skyscrapers. The city played an important part in the build up to the American Revolutionary War and much of this legacy can be seen in the city today. With so much to see and do in the city, it’s easy to fill your days with low cost and free things to do in Boston:

Outside Faneuil Hall with Samuel Adams overlooking the square.

The Freedom Trail is a 2.5-mile long route that takes you to discover the history of the American Revolution and how the United States came to be. With 16 official sites on the trail, it is a great way to see a lot of the main historical sites in Boston. See Paul Revere’s House, the Old North Church, the site of the Boston Massacre and the Old South Meeting House among others. All you need to do is follow the red brick road.

2. Climb up the Bunker Hill Monument

Commanding a height of 221 feet, the Bunker Hill Monument stands at the site of the Battle of Bunker Hill which happened during the Revolutionary War. It’s an intense 294 steps to the top of the monument, but it is well worth the climb to get a good view of Boston and the area around the monument.

While free, you need to pick up a climbing ticket from the museum that is opposite the monument. The museum is free as well and a good way of passing the time until your climb time.

3. Stroll along the Esplanade 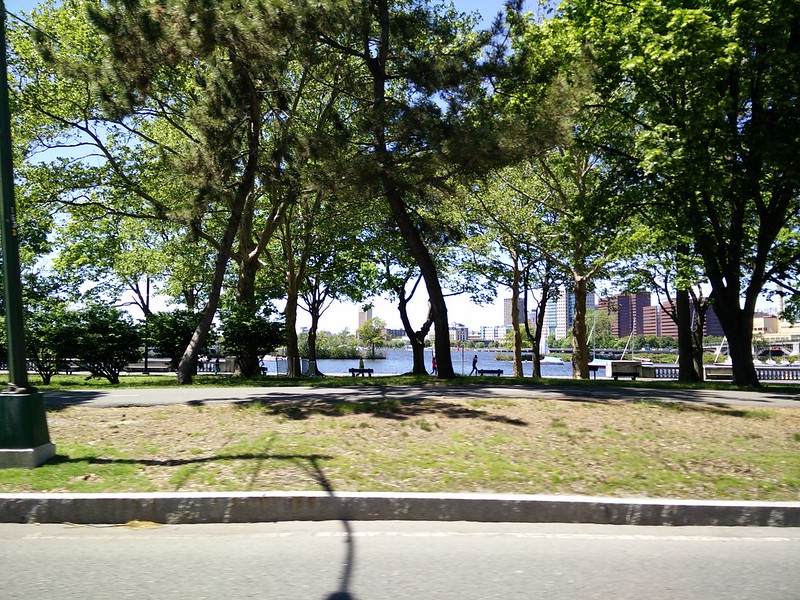 Walk along the tree-lined Charles River Esplanade, located in the Back Bay neighbourhood of Boston between the Boston Museum of Science and the Boston University Bridge. Watch boats float by, check out the statues throughout the park or enjoy a picnic. On Fridays during the summer months, the park has free movies in the evenings and the Hatch Shell also offers free concerts during the summer.

With both Harvard University and MIT calling Boston home (well technically they’re in Cambridge which is just across the river), At Harvard, walk among the ivy-covered campus and dream about what life would be like as a student (or be happy that you weren’t one). Stop by the statue of John Harvard for a picture. Some will tell you to rub his foot for good luck, but maybe you should reconsider.

Over at MIT, walk along the water and stop by the iconic domed Barker Library or attend a free lecture. The MIT Museum is also free on the last Sunday of the month from September to June.

See the steeple where the two lanterns were hung prompting Paul Revere to make his famous midnight ride. The Christ Church, more well-known as the Old North Church, is Boston’s oldest surviving church building. Admission to the church is technically free, but they do ask for donation.

Inside the Public Garden. You can see the back of the swan boats.

You can tell whether or not someone is from Boston based on what they call the Boston Common. Most visitors immediately attach a “s” to the end, don’t and you’ll blend right in. Or at least, so I’m told. The Boston Common is a city park in the downtown area of Boston. Stretching over 50 acres, it is the oldest city park in the country. Across the street is the beautiful Public Garden with its famous swan boats. Wander around the park, have a picnic and maybe go for a paddle on one of those swan boats (for a small fee).

Explore the exhibits of the Museum of Fine Arts on Wednesdays after 4 pm when admission is by donation. With a collection of nearly 450,000 works of art ranging from ancient Egyptian artifacts to Chinese calligraphy to French impressionist paintings, there is something for every art lover. The museum’s collection is one of the most comprehensive in the Americas.

Here were some other things that I wanted to do, but do to lack of time, I just didn’t get a chance to go: 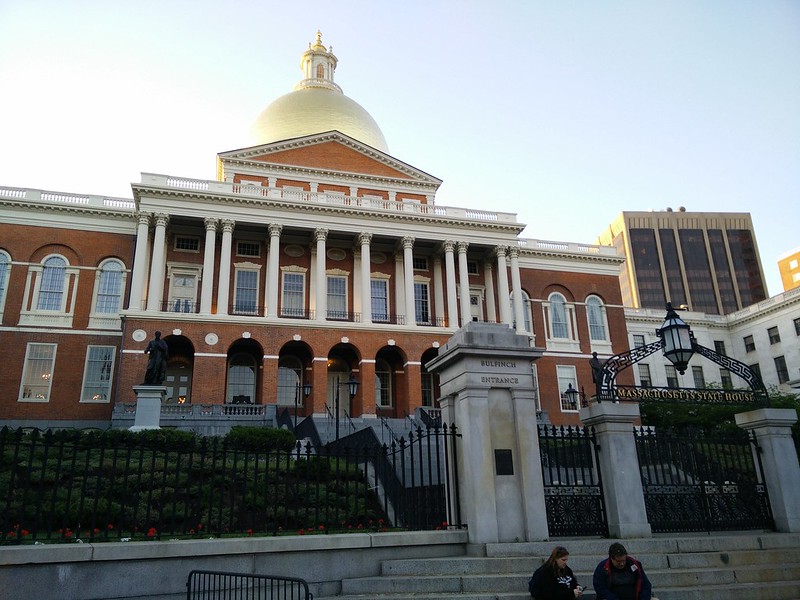 Built on land that once belonged to Massachusetts first governor, John Hancock, the State House offers free guided tours of the interior. Self-guided tours are also available. Reservations are required for the tours. I saw the ornate building from outside, but it would have been interesting to see it from the inside too.

So there you have it, 7 (plus 2 bonus) things to do for free in the city of Boston. I’m sure there are a ton more, but that was all I could fit into my short 3 days in the city in between doing family stuff.

What kind of free activities do you like to see in a city? Have you been to Boston? Any major things I missed that are free?

Going to Boston soon? Pin it for your travel planning!

P.S. Looking for the #SundayTraveler? Unfortunately, we have decided to discontinue the link up due to the amount of time required to manage it. If you’re interested in participating in a link-up, there is the #WeekendWanderlust and #WeeklyPostcard link up, among many others.