You are here: Home / Off Beat Discoveries / 6 Things That Surprised Me in Milwaukee
Some posts on this site contain affiliate links, meaning if you book or buy something through one of these links, I may earn a small commission (at no extra cost to you!). You can read my full disclosure policy here.

A lot of people have wondered about my choice to go to Milwaukee. A city and area of the US that had never really been high on my to explore list, I went because of a cool opportunity to learn from and be mentored by top travel bloggers as a part of BlogHouse.

I can count the number of things that I knew about Milwaukee prior to visiting on one hand. It was embarrassing how much I didn’t know about the city prior to going, but in some ways it was also a good thing. I didn’t have any preconceived notions of the city which left me open to exploring with a completely open mind. Beyond the learning aspects of the trip at BlogHouse, I had a great time seeing the city and made some really cool discoveries: 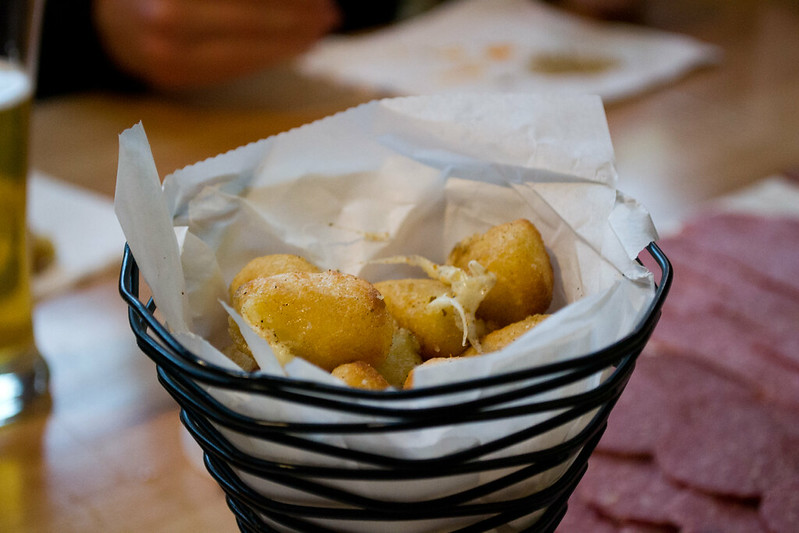 Here’s a secret: I LOVE cheese, but I really shouldn’t be eating it unless I want to suffer through terrible pain. Despite being sensitive to lactose, I really could not help myself with these tasty nuggets of fried gooey deliciousness. Canada really needs to get in this game. We already have cheese curds in our poutine so the next logical step is clearly to start deep frying them. So good! 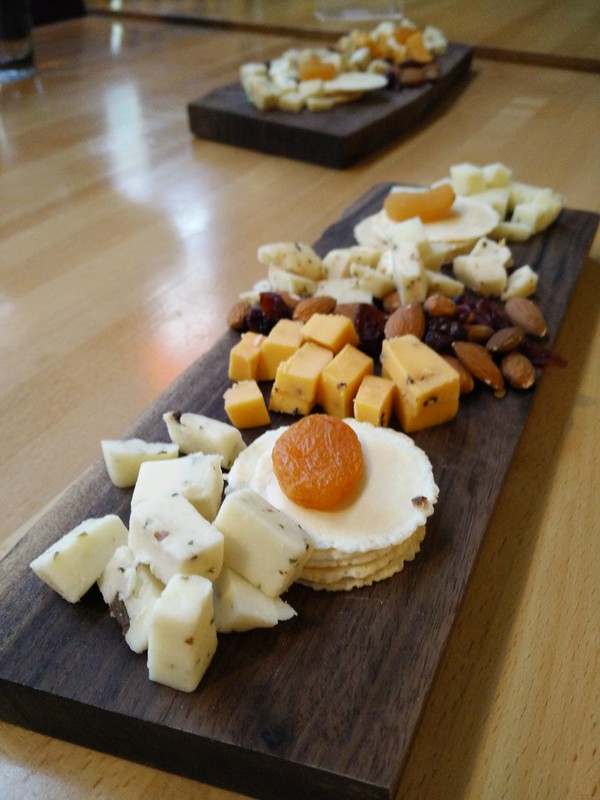 Cheese curds were really just the beginning. There is so much cheesy goodness in Milwaukee and Wisconsin that I could only just look at it longingly and not taste.

Harley Davidson is headquartered in Milwaukee 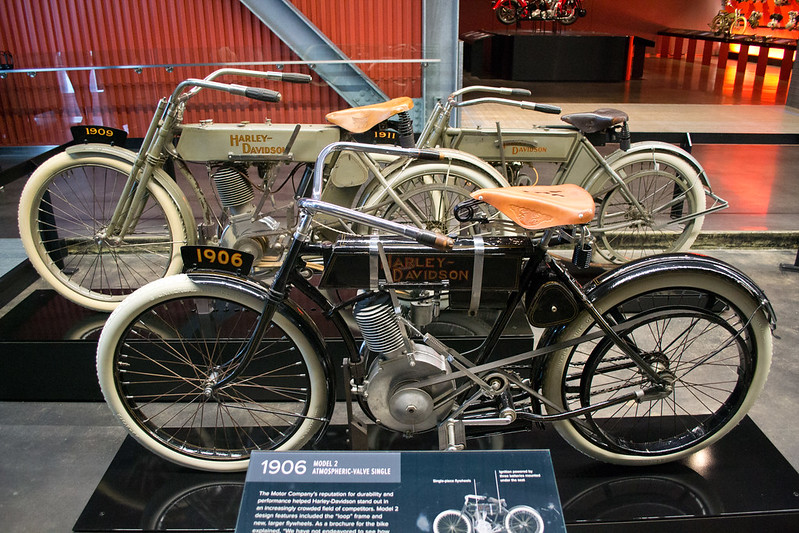 I got a chance to sit on a motorcycle, delve deep into Harley Davidson history and saw first hand their powerful community at work. The last exhibit we visited was especially interesting to me because of my marketing and branding background. 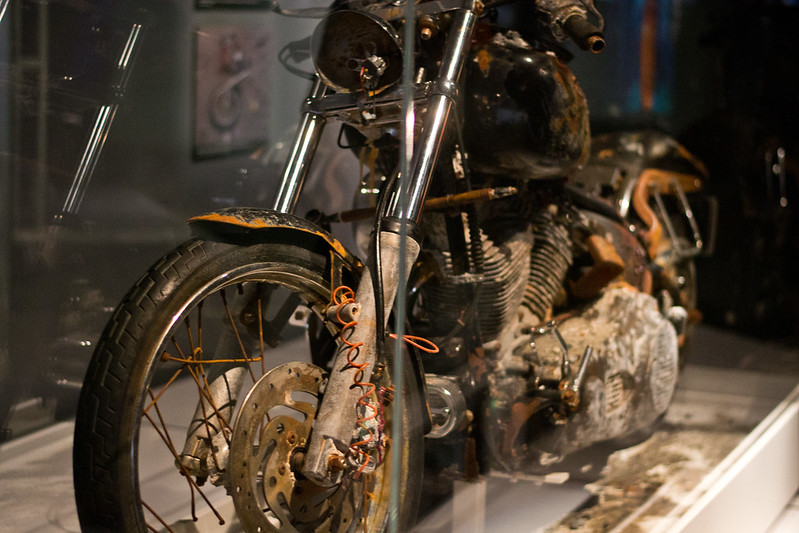 On display was a Harley Davidson motorcycle that had washed up off the coast of Canada after the tsunami in Japan. They were able to figure out its original owner and replaced it for him. Talk about endearing someone to your brand for life! 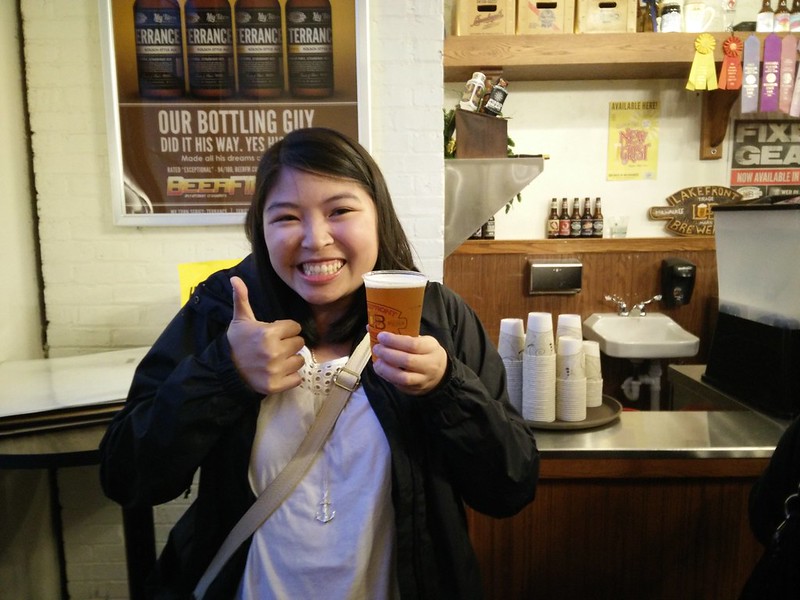 I had been warned that Milwaukee was beer crazy but I had no idea how beer crazy they actually were until I got there. Did you know Milwaukee was once home to some of the United State’s largest brewers? Pabst, Schlitz, Miller and Blatz were all headquartered in this city. 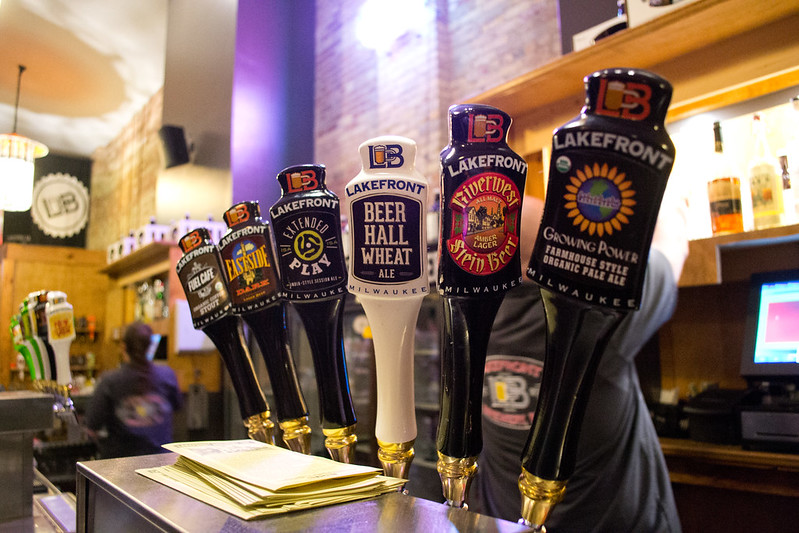 Today, though some of these larger breweries have moved away, not much has changed, and the city still has a thriving beer scene with lots of local breweries. I especially loved my tour of the Lakefront Brewery where they’ve managed to mix together great beer and great entertainment (while learning a bit about the beer making process of course).

Milwaukee has a surprising huge German population. During the 1800s, Germans immigrated to the area in droves in search of inexpensive farmland. Soon it was common in certain areas to hear more German spoken than English. By 1880, 27% of Milwaukee’s population was German. 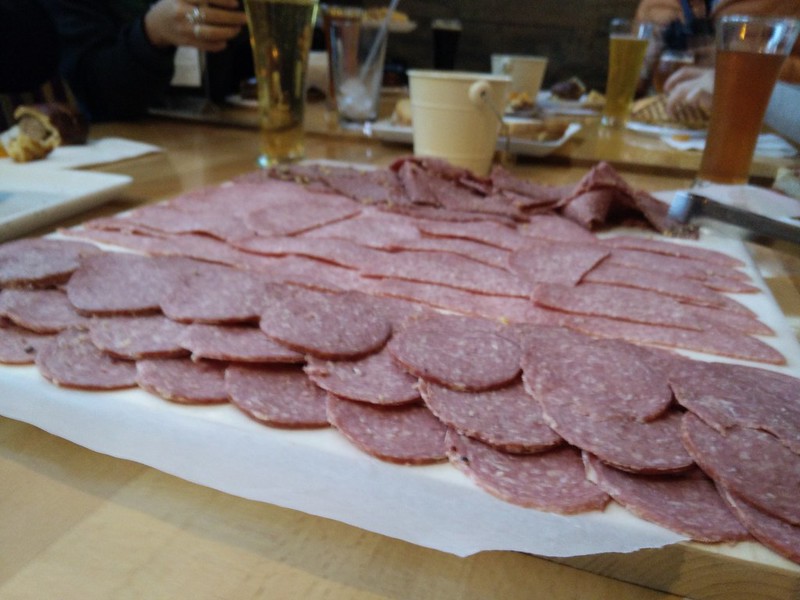 Famous individuals like the Usinger family (for their sausage making abilities), and German brewers Frederick Miller and Frederick Pabst, helped to increase Milwaukee’s fame among the Germans as a place to go. Today, those of German heritage makes up the city’s largest ethnic group (page 2). Coming from an area that also has a huge immigrant population where in some areas it is more common for Chinese to be spoken than English, I found the city’s history to be fascinating. 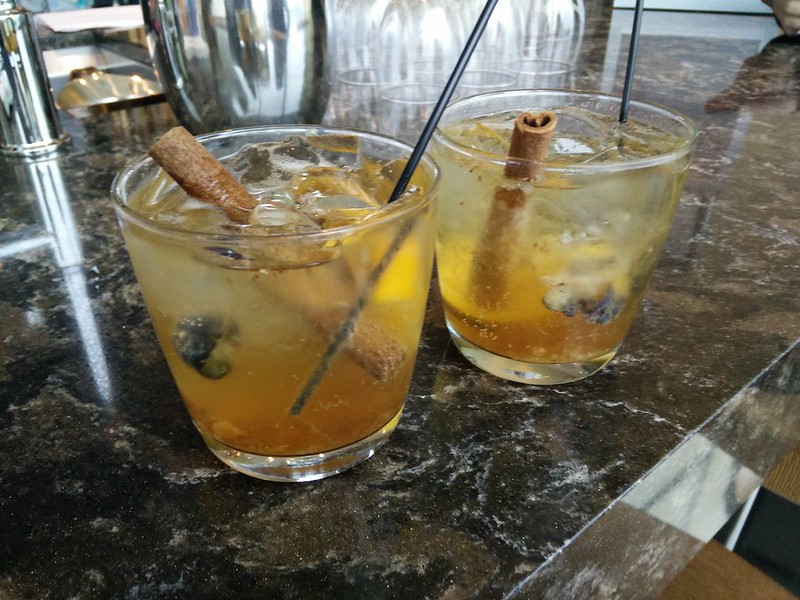 I would never have ordered this drink if I wasn’t told that this was the drink of choice in Milwaukee and Wisconsin. I wasn’t convinced after hearing the ingredients, but I’m really glad that I tried it. They’re typically made with brandy, bitters, a sugar cube, orange slice, seltzer, and topped with a cherry. Definitely, will be keeping my eye out for them in the future.

I was thoroughly charmed walking through Milwaukee’s Historic Third Ward. The area is listed on the National Register of Historic Places as Milwaukee’s oldest center of commerce and warehousing. I enjoyed looking at all the historic brick buildings that have been renovated into new lofts and shops adding back life into an old neighbourhood. 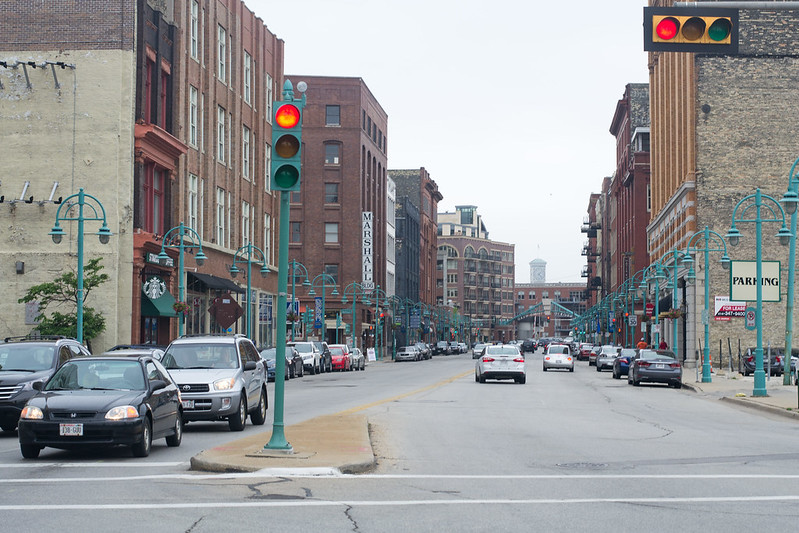 I love it when cities are able to take something falling apart and rebuild it giving it a new purpose. Buildings that were once furniture store warehouses have been transformed. Today the area is the city’s Arts and Fashion district with lots of restaurants, galleries and speciality shops. It is also home to the Milwaukee Public Market which is full of great food stalls and shops.

As you can tell, I did a lot of eating and drinking while in Milwaukee and clearly, both of these are important for me to have a great time in a new city. I feel like I barely scratched the surface of Milwaukee and that there is still a lot to discover in the city and Wisconsin in general.

Have you ever gone somewhere you’ve never thought to go with no idea what to expect?

« An Update on Life (or Where the Heck Have I Been?)
7 Free Things To Do in Boston »