You are here: Home / Destinations / North America / Canada / British Columbia / Top 5 Things to Do in Victoria, BC
Some posts on this site contain affiliate links, meaning if you book or buy something through one of these links, I may earn a small commission (at no extra cost to you!). You can read my full disclosure policy here.

Victoria, BC is the capital of the province of British Columbia in Canada. A short ferry ride through the Gulf Islands from Vancouver, the city is well worth an overnight trip. Known as “The Garden City”, Victoria is beautiful to walk from it’s lovely Inner Harbour and downtown areas to exploring some of it’s history in Canada’s oldest Chinatown. With so many of my friends, looking for an escape from the bustle of Vancouver and heading to Victoria, here are my 5 favourite things to do in the city:

The beautiful Inner Harbour of Victoria is great for wandering. During the summer months, the area is bustling with locals and tourists alike while local artists and performers flock to the area to share their talents. Winters are a little more subdued, but equally beautiful. A walk around the harbour is a must and you can see it from all sides. 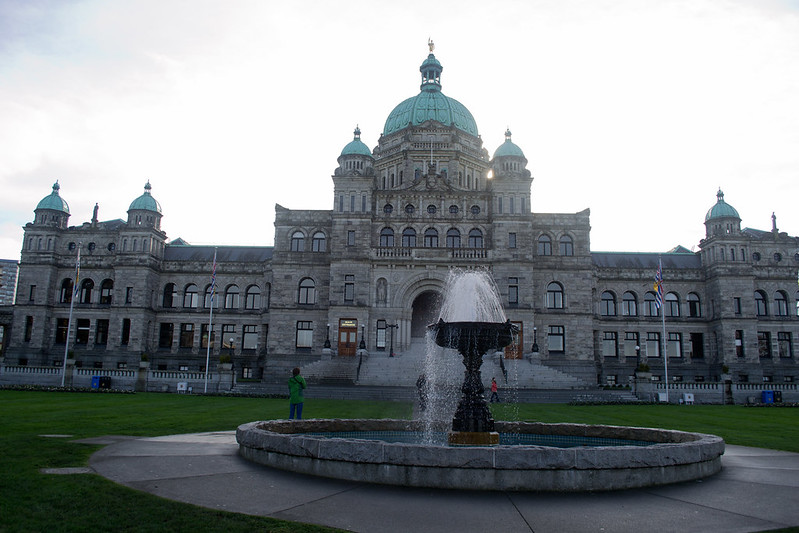 Victoria is the provincial capital of British Columbia and the Parliament building looms high in the centre of the city. The Parliament offers a free 30 – 45 minute guided tour or you can explore the building on your own. You can see the beautiful rooms of the building, while learning a bit about the BC government.

Victoria, named in honour of Queen Victoria, on first appearance appears very British. It is only apt that many British traditions were adopted in this city, including enjoying afternoon tea. Many will tell you to get afternoon tea at the Empress hotel overlooking Inner Harbour. With it’s grand exterior and equally impressive dining rooms, it’s no wonder people flock to the hotel for a bit of class. However, another great afternoon tea option is in Oak Bay with the White Heather Tea Room. With equally delicious tea options, you’ll want to dawdle all afternoon in its cozy rooms.

Don’t be expecting an extravagant wharf area like the one in San Francisco. However, do expect to see adorable floating houseboats, seals that call the area home and delicious fish and chips at Victoria’s Fishman’s Wharf. Barb’s Fish and Chips is a stable in the area and lines and often stretch down the block. If you’re up for a longer walk, head towards the Ogden Point Breakwater which offers a nice walk out to a lighthouse. In the right weather and right light, you’re rewarded with fantastic views. 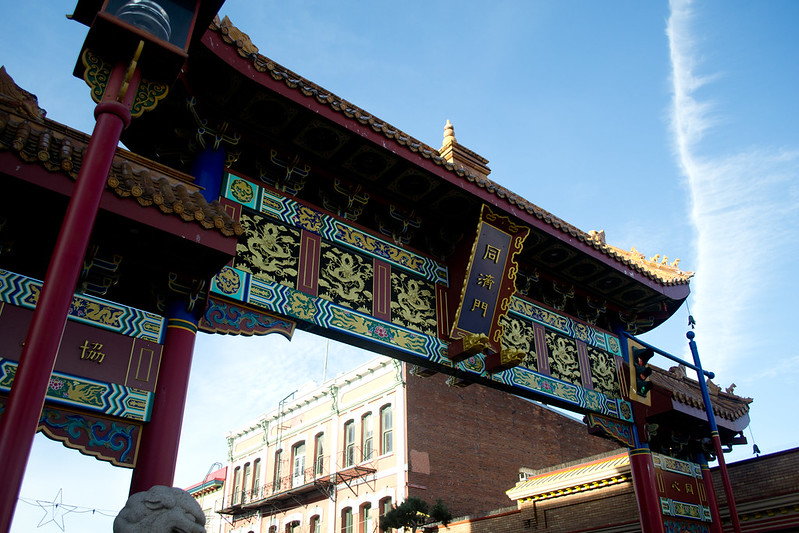 Canada’s oldest Chinatown is surprisingly in Victoria. It grew from the massive influx of miners from California in the 1850s due to the discovery of gold. At its peak, Chinatown occupied an area of approximately six city blocks. Today, Victoria’s Chinatown is significantly smaller, with only a couple of small streets and alleyways, making it difficult to imagine this area in its heydays. However, many historic buildings in the area have been well-preserved. Be sure to slip into Fan Tan Alley which was once the gambling district full of restaurants, shops and opium dens.

Have you been to Victoria? What were some of your favourite activities to do?

This post is linked to #TheWeeklyPostcard hosted by Travel Notes & Beyond.

« I’m Going on an Adventure! Hong Kong Here I Come!
4 Restaurants You Must Eat At in Victoria, BC »